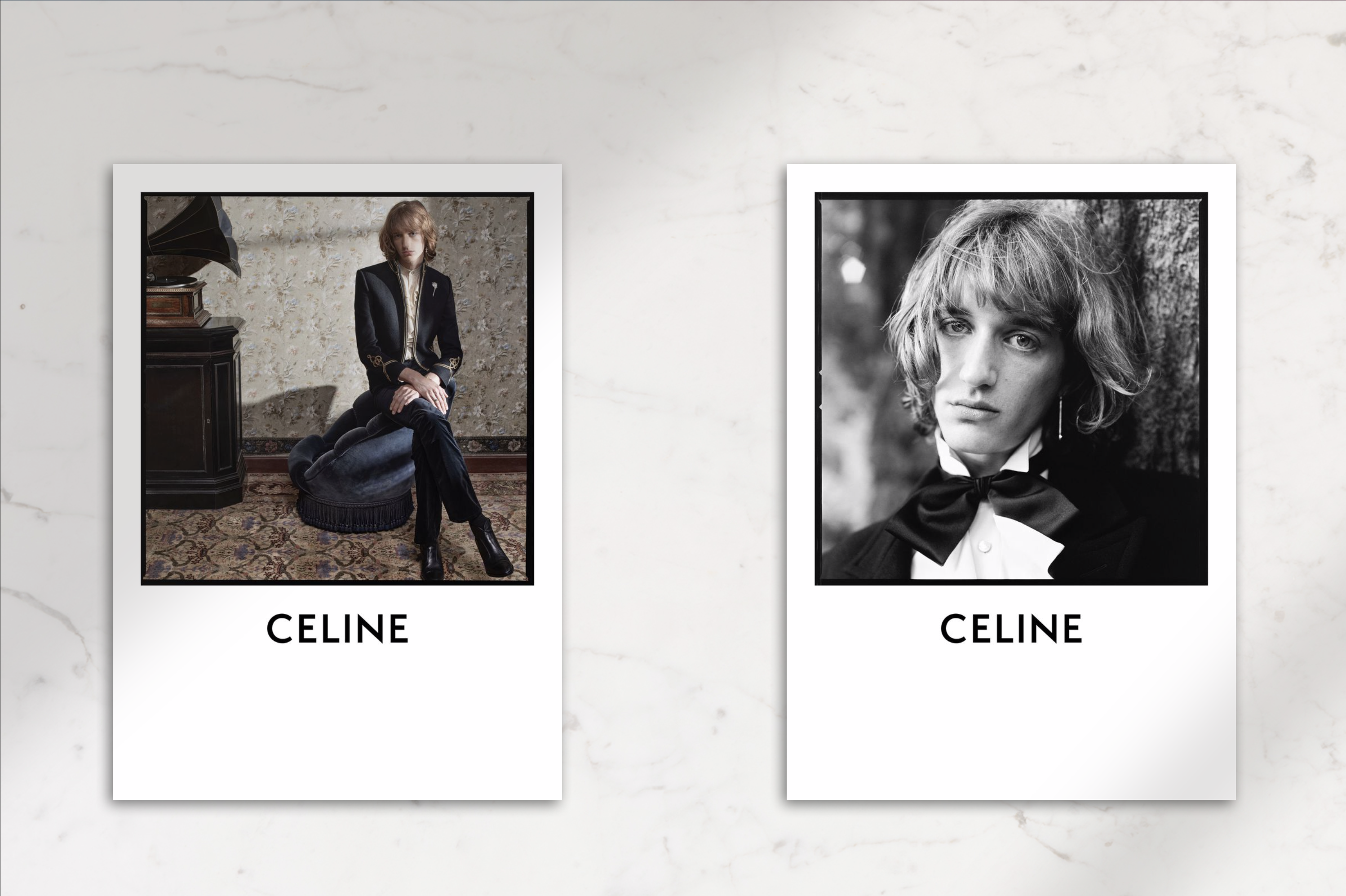 A new campaign from Celine lays on the late-Victorian charm.

Creative director Hedi Slimane, who also photographs all of his own collections, captures model Dylan Delval in the Fall 2020 men’s collection. A quaint Victorian interior interestingly complements the 70’s British rock-and-roll influence which works its way into Slimane’s designs time and time again. He captures Delval’s big, weepy eyes in both color and black and white, finding an austere mood of melancholic longing.

A brief video which accompanies the photographs makes smart use of visual parallelism. Delval slowly leans his head into a big old-timey phonograph while a slow guitar riff crunches away. Then as the Celine logo appears on the screen the image fades, and is replaced with that of a lily. The formal similarity between the bell of the phonograph and the blossom of the lily is unexpectedly evocative.

The campaign is beautifully executed, but it raises questions as to whether Slimane’s continued reliance on this aesthetic is sustainable. While many houses and designers are responding both structurally and artistically to the calls for social change in the wake of Covid and the Black Lives Matter movement, Slimane seems uninterested. He continues to churn out the same kind of campaign he has for years: euro-centric aesthetics that celebrate the beauty of thin, young, cis, white people. How long can he keep it up? Only time will tell.