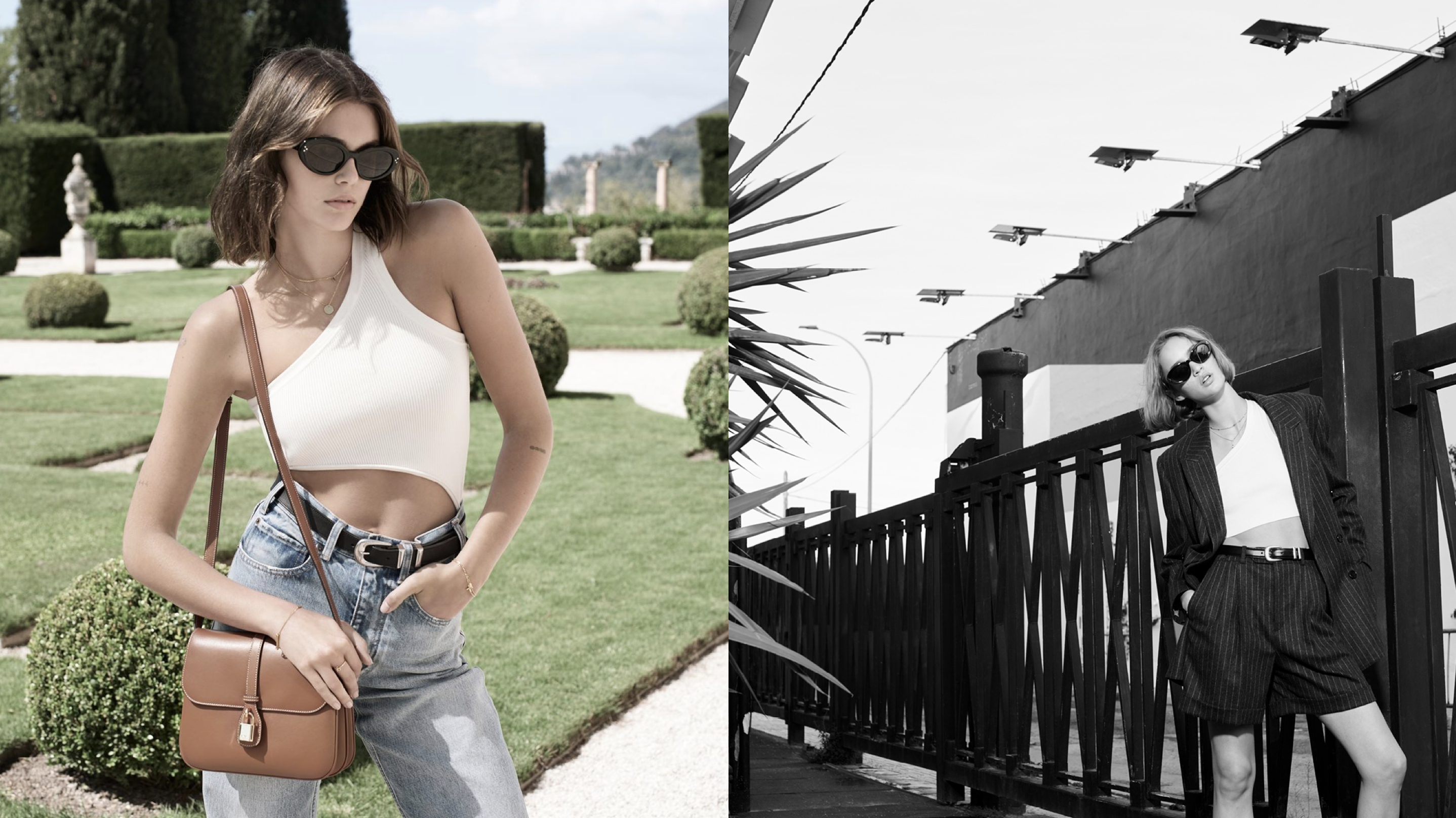 Celine shares a parade of phlegmatic Parisian poise in the form of a new Fall 2021 campaign, created and captured as always by the house’s creative director Hedi Slimane.

The campaign is yet another strong example of Slimane’s effortlessly on-point styling.

Trendy details for the season like cut-outs and bra tops are layered under classically Parisian-chic jackets. Torn jeans, sunglasses, and ball caps round out the cool girl persona so impeccably embodied by Celine muses Kaia Gerber and Quinn Mora.

Architectural shots interspersed between the portraits elevate the artistic feel of the campaign, providing a landscape for these nonplussed personae to occupy, an interesting visual background for them to be uninterested in.

The campaign is another strong outing for Slimane, even if it’s nothing we haven’t seen before. Sure, he may be a bit of a one-trick pony, but he does that trick better than anyone.