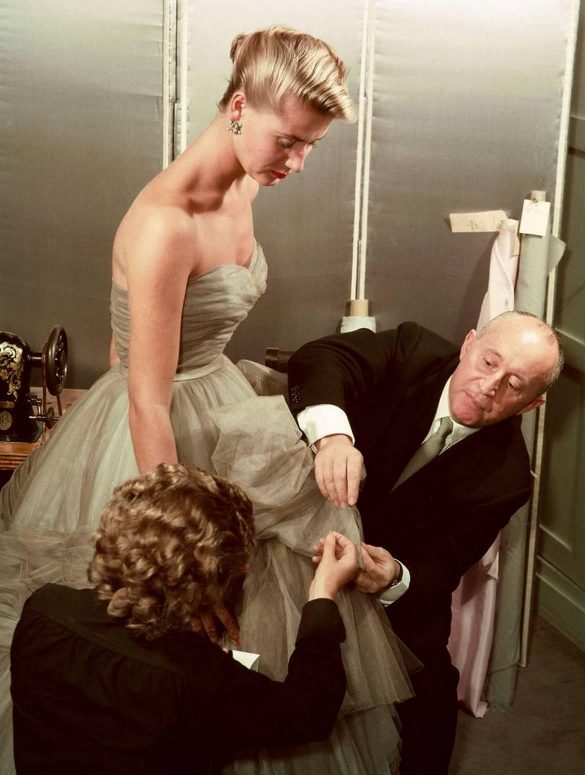 The passion of the iconic designer is on full display in a recently unearthed documentary from 1949. Directed by filmmaker Henri A. Lavorel and prophetically entitled “Haute Couture,” the short film provides a fascinating look into the creative process behind one of Dior’s masterful collections. From his initial sketches to his final runway show, we are given an intoxicating glimpse of each step that brings a timeless vision out of Dior’s mind and into the world. It is a delight to see the confidence and precision with which Dior works, even only a year after the founding of his house. The nostalgically romantic film score and sumptuous coloring reach out across time and bring the past to a beautiful life.

With the founding of his house in 1947, defined by the “New Look” revolution, Christian Dior guided the fashion world out of its wartime haze and created a new, modern identity through his visionary designs. The new silhouette he created, characterized by a slimmer waist, a longer skirt, and a defined bust, became the pinnacle of this modern look and remains hugely influential to this day.

Perhaps what is most surprising and exciting about the film is how little has changed today. While shows and collections have grown bigger, the elements that go into their creation are largely unchanged. The basic formula of initial sketches, then working with tailors and models, then presenting the final product is practically the same.

We are thankful to the modern-day Dior and their creative director Maria Grazia Chiuri for giving us this beautiful look back at the work of one of our industry’s most important creatives. The film is exciting and deserving of recognition in its own right, but to re-release it now is a smart move that shows a sensitivity to the current cultural mood. Many of us are stuck at home in a state of unfeeling boredom; this film does more than just provide some much-needed entertainment and actually inspires us to find new avenues of creativity and expression. Dior has given us a timely and timeless reminder to live with passion.