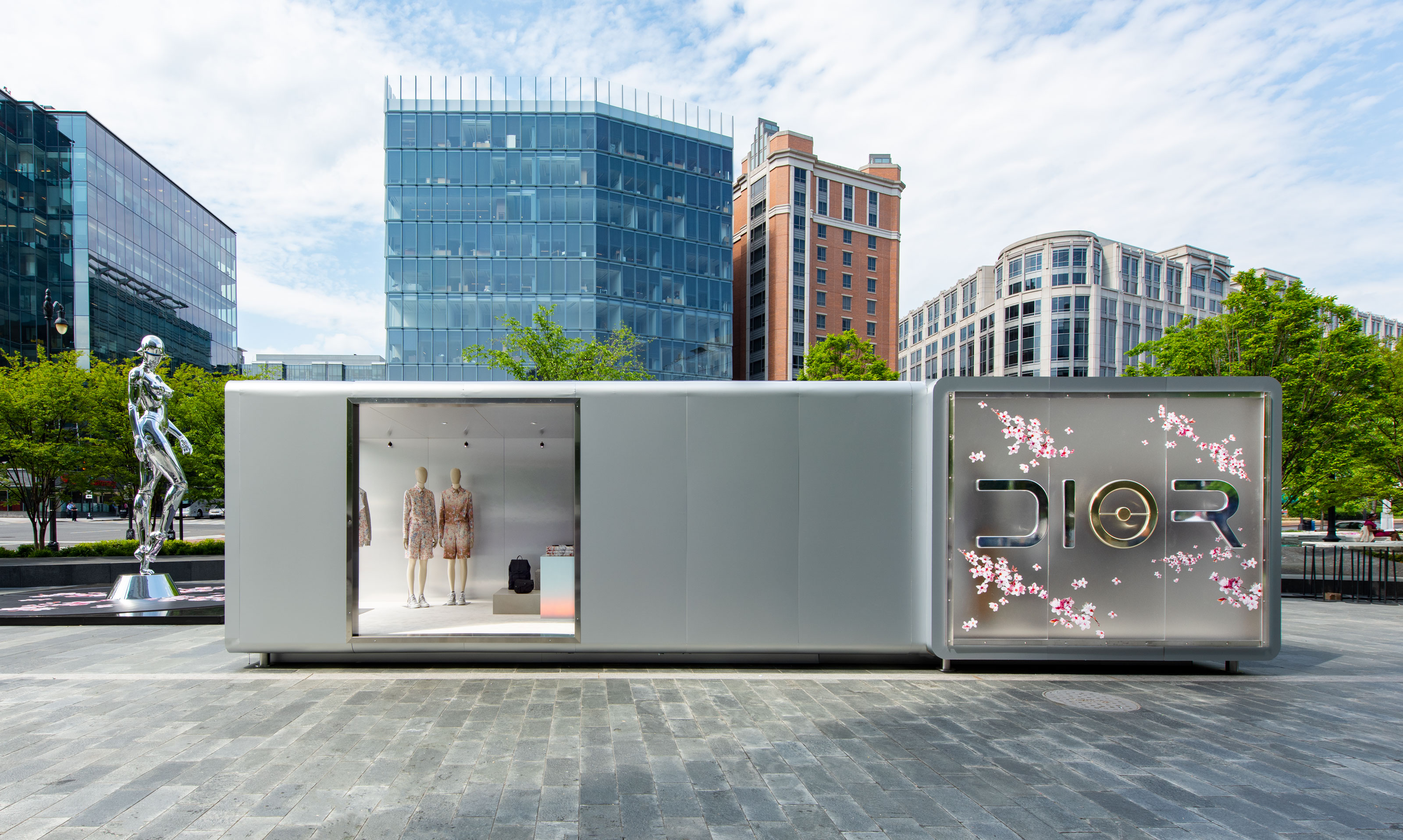 Kim Jones is taking the show on the road as Dior Men’s launches a series of cutting-edge Pre-Fall 2019 men’s collection pop-up stores in North America, with CityCenterDC kicking off the series.

Designed like pods, these inter-connectable minimalist spaces are modular and can adapt to any environment. Inside these metal capsules, mirrors and chrome details mimic the android sheen of the collection’s materials and colors. The exterior of the structure echoes the retro-futuristic atmosphere of the Pre-Fall 2019 men’s runway show which took place in Tokyo last November; including of a 5-meter replica of the feminine robot sculpture designed by Hajime Soroyama specifically for the show.

The product assortment within the pop-up features a range of ready-to-wear and accessory silhouettes highlighting Soroyama’s artwork of his signature feminine robots alongside Japanese-inspired foliages.

CityCenterDC’s pop-up is open from April 30th to May 6th, then travels to Jewel Court in South Coast Plaza in Costa Mesa, California from May 14th – 28th. In conjunction, a smaller rendition of the sculpture and pod will open in Toronto’s Yorkdale Shopping Centre on main floor from May 1st – 31st.