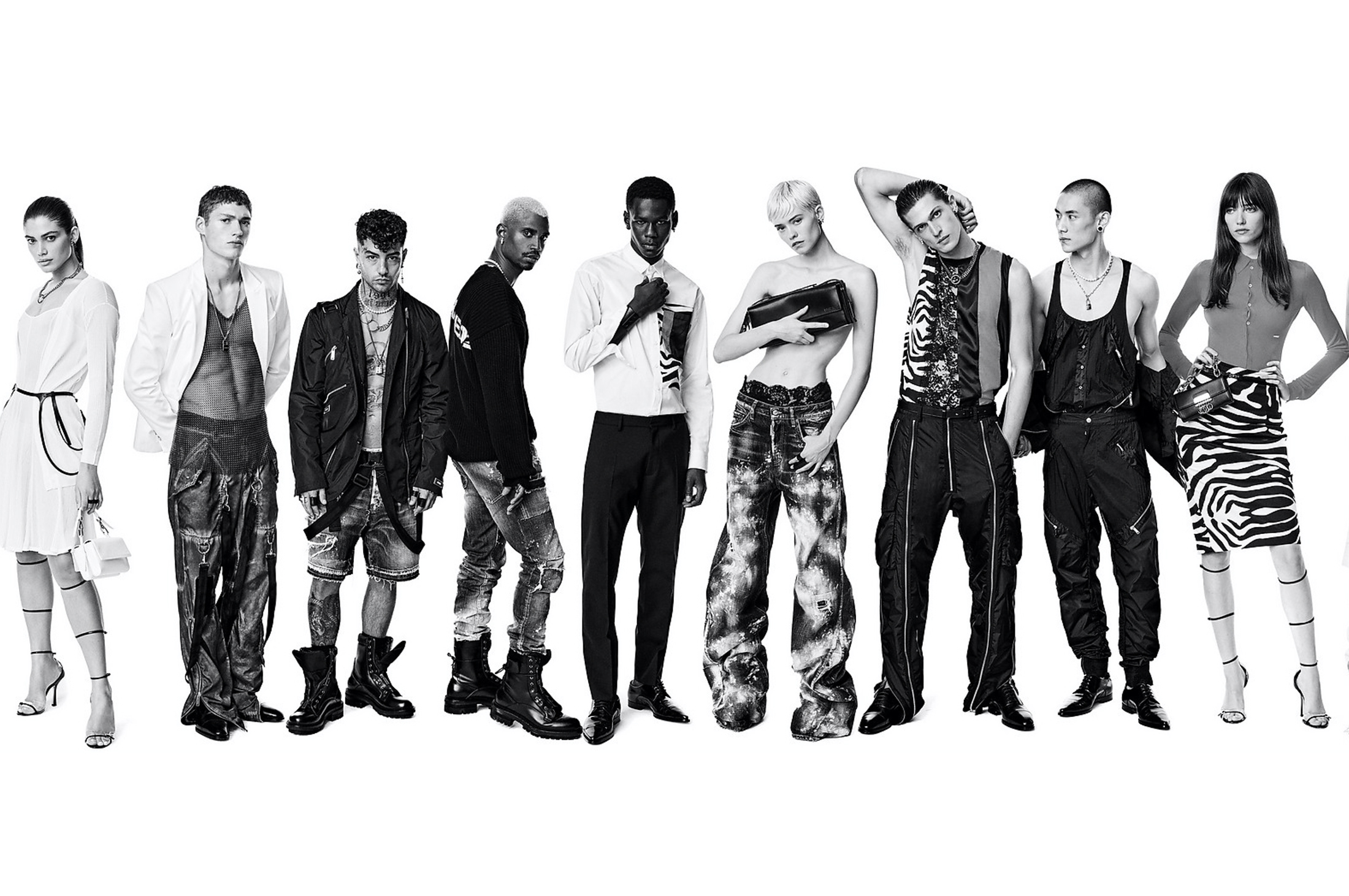 Dsquared2 unveils a bold new campaign that uses personality and movement to celebrate the brand’s history while looking forward to an even brighter future. Directed by Giampaolo Sgura, the Spring 2021 campaign film by Dsquared’s own Dean & Dan Caten and art directed by long-time collaborator Giovanni Bianco, stars a large and exciting cast of international talents, who are united in their diversity through movement and play.

This cast is anchored by its two most high-profile members – legendary supermodel Naomi Campbell and football star Zlatan Ibrahimović – who both embody core aspects of the brand’s history and DNA.

Campbell walked in their first-ever women’s runway show in 2003. Up to that point, the brand had focused on menswear, and the twin founders famously asked the superstar Naomi Campbell if she would consider opening the show, to which she agreed, and the rest is history! Once Campbell said yes, all the models of the moment wanted to do the show. The energy and ambition of the spectacle were unprecedented for such a young brand in the industry and made Dsquared2 the ones to watch. And their relationship with Campbell and model-of-the-moment superstars continues to this day.

With a larger-than-life persona and a status as one of the best footballers alive and maybe ever, Ibrahimović personifies the brand’s spiritual hometown of Milan, where he currently plays for club A.C. Milan. Its status as both a major seat of the fashion aristocracy and a worldwide hub of clubbing and nightlife make Milan the perfect adopted home for Dsquared2’s proprietary blend of sophistication and gonzo sexuality.

The film fills its stars with the power of dance, music, and motion. Together with choreographer Jordan Robson, videographers Andrea Dutto and Domenico Nicoletti create an incredibly energetic world of motion. Robson develops a body language composed of elements from the worlds of hip hop, the runway, theater, and sports. Sometimes alone, but most often in groups, they move their bodies with an expressive and joyful dynamism. It is beautiful to see artists, models, and athletes across various colors, ages, and gender expressions joyously come together through motion and dance.

Dutto and Nicoletti, the secret stars of the film, employ brilliant camerawork to heighten the sense of motion and energy. They use almost unbelievable camera angles to fill a blank studio with a constantly shifting sense of space and depth. Mind-blowing editing stitches shots together so that we experience both a continuous sense of motion yet never feel like we know where we have been looking from, or where we will go next.

The film is both seriously thought out and unrelentingly fun. A thoughtfully chosen cast represents Dsquared2’s role in some of the best parts of the fashion industry’s past but sends an even stronger note of optimism and inclusivity for the creations of the future. Through a combination of technical mastery and sheer talent, these personalities and ideas are united in a stunning visual statement. Dsquared2 celebrated its 25th-anniversary last year, and this campaign comes as a promise that they won’t be slowing down any time soon.