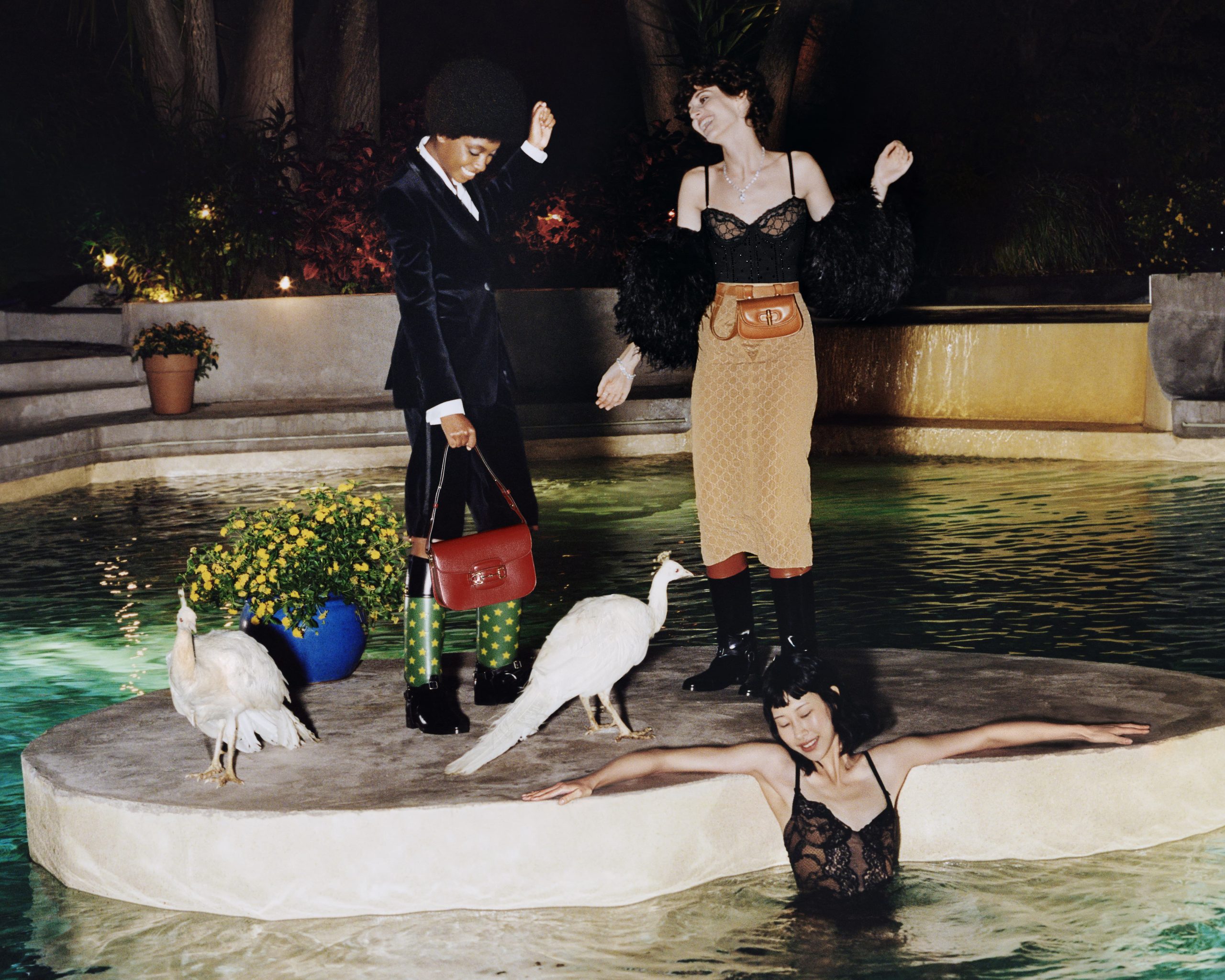 Zhang’s photographs highlight equestrian themed pieces from Gucci’s Aria collection. She captures her models against bright and colorful backdrops the patterns of which recall horse-racing flags and decals, but with a whimsical twist.

Last but not least, Moon’s imagery centers around a New Year’s Eve theme. She captures eclectic Gucci characters and their animal companions whose style and personalities keep things bright at a nocturnal pool party.

Though the campaign doesn’t offer too much to grab us in the way of concept or story, its diverse and spirited imagery is perfectly primed to bring a dose of head-turning color to the brand’s digital and social media channels for a holiday season boost.