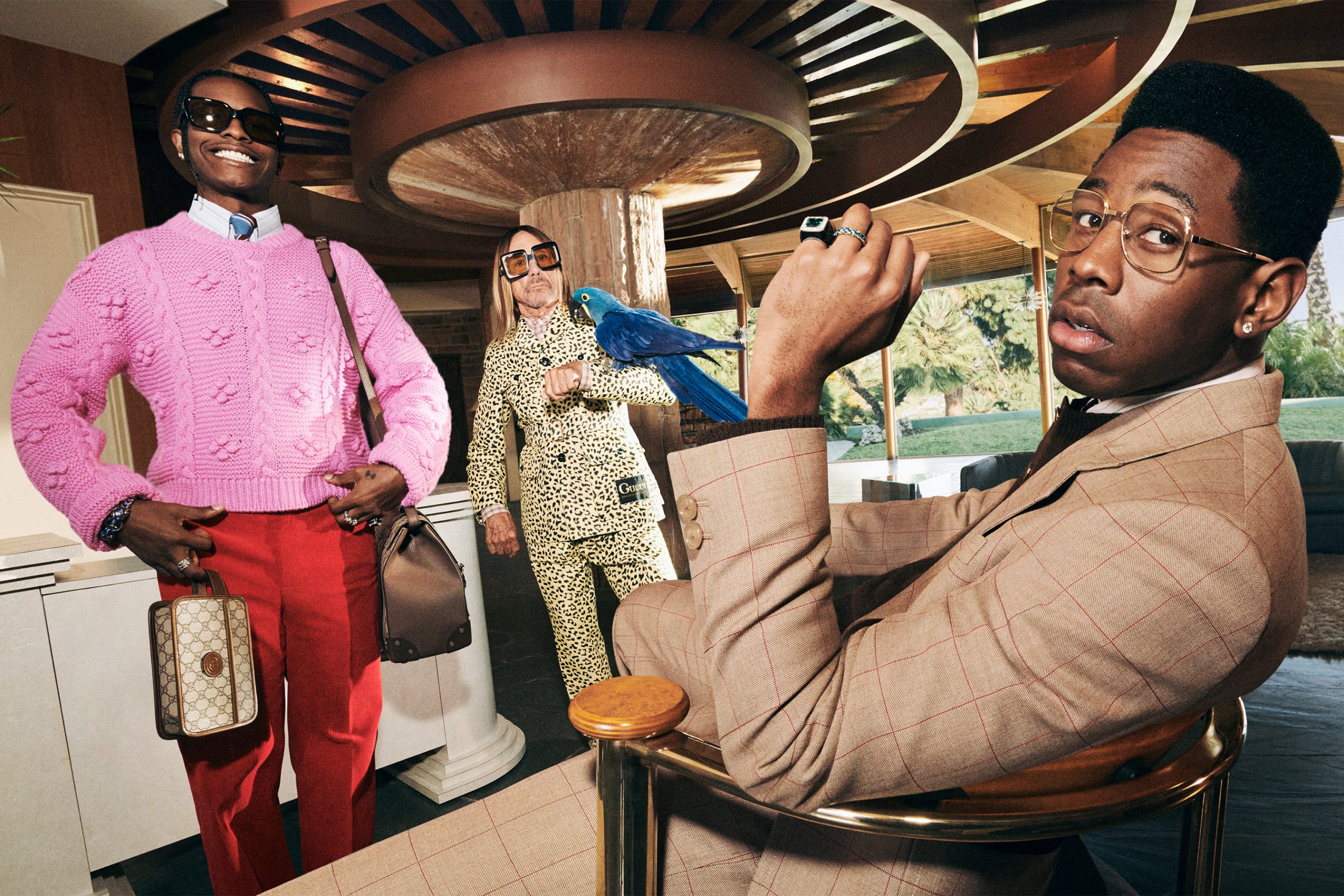 The campaign stars Iggy Pop, A$AP Rocky, and Tyler, the Creator. While each man is characteristically iconoclastic and influential in his own right, both in terms of musicianship and personality, an unexpected synchronicity exists among them. Their larger-than-life personalities combine to energetically fill the space of a mid-century modern mansion in the hills of Los Angeles. The vintage appointments of this setting harmonize wonderfully with the colorful retro inspiration of Michele’s designs, as well as the feathered friends Iggy has brought along.

Reflecting on the kaleidoscope of energies that went into making the campaign, Michele explains:

There is always this image of eccentricity, because they are in fact eccentric themselves. A certain type of fun is also portrayed and the idea of how one’s obsession with appearances can create a kind of common ground that can become a sort of brotherhood. It was beautiful to see these three men together, seemingly different but very similar.

This sense of brotherhood is especially on display in Korine’s short film. As they hang out and groove around through the sun-drenched spaces of this gorgeous house, eventually sharing a spaghetti dinner, the sense of playfulness that develops between them feels palpably honest and natural. Considering the ferocious intensity we have seen each of them bring to their performances, especially Iggy, the flamboyant fun on display here is delightful. From start to finish, the smile never leaves our face.

Oozing with personality and aesthetically impeccable, the campaign is another testament to the almost mystical creative power of Alessandro Michele’s Gucci. Each of its stars has such a strong sense of character and individuality, and the campaign manages to honor this while also harmoniously uniting them into a single statement. Hip hop and punk rock energies combine with a timeless sense of style to create an aesthetic that feels timeless itself, yet also radically progressive. Gucci’s lust for life is infectious.