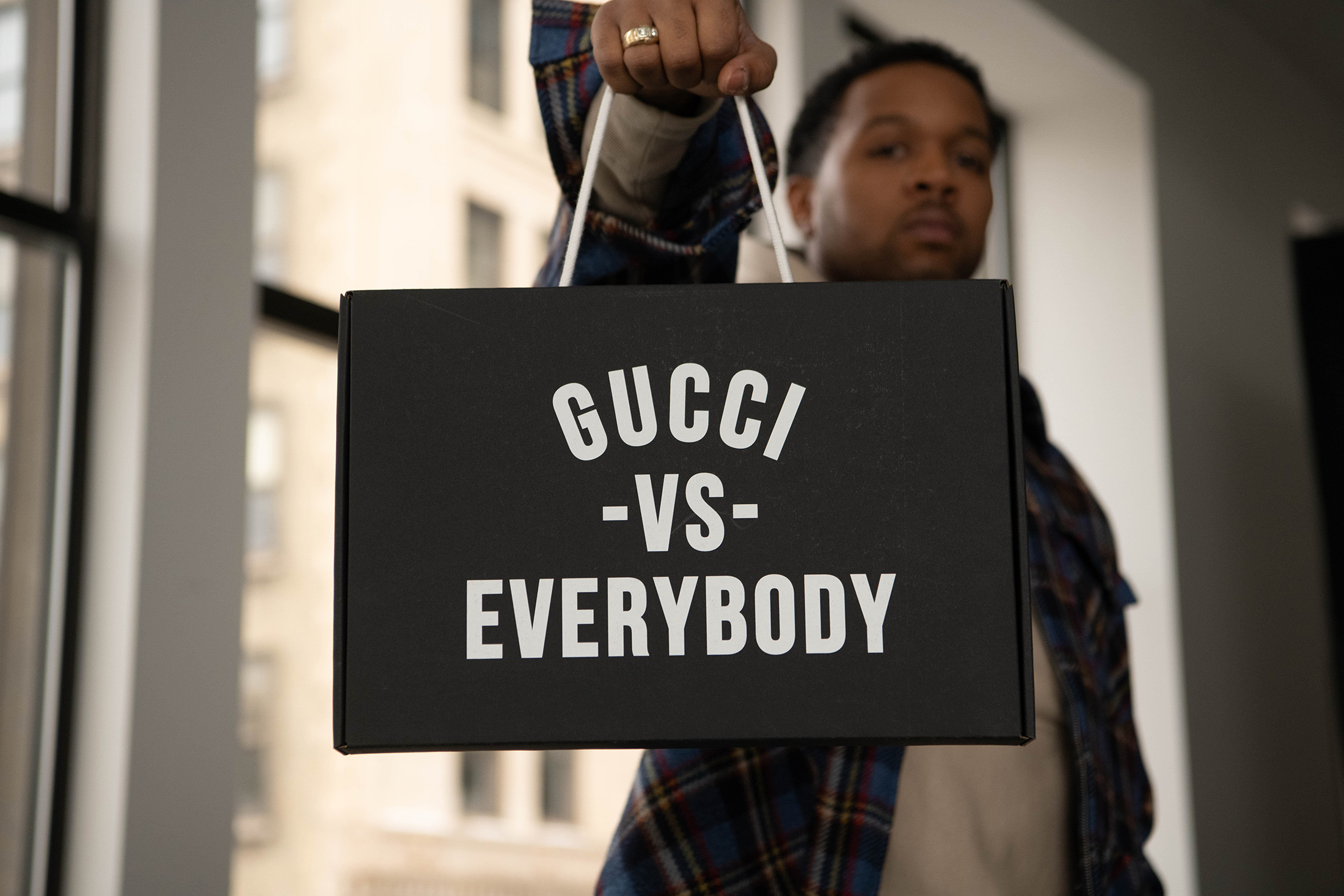 Gucci Teams With Tommey Walker’s Detroit Vs. Everybody

Gucci, through its social impact initiative Gucci Changemakers, has collaborated with Detroit designer Tommey Walker and his label Detroit Vs. Everybody to produce a special line-up of T-shirts with a donation benefiting non-profit organizations.

Founded in 2012, Detroit Vs. Everybody strives to combat the media’s negative narrative of a broken-down city in disarray. DVE’s slogan embodies the fiercely independent and unapologetic spirit of Detroit. It is this resiliency that has allowed the city to resurrect and revitalize itself while breaking cultural and social barriers along the way. It is this creative spirit and vision that has deeply resonated with Gucci.

To support the project, Gucci partnered with a local Detroit production house to create a video anthem highlighting Tommey’s story and the power of the Vs. Everybody brand. The video showcases the Detroit community and local change-makers such as Bakpak Durden, a mural artist who created a custom painting depicting the partnership. Additionally, activist and educator Brittany Packnett will be featured in conversation with Tommey Walker for Gucci’s Podcast channel.

My partnership with Gucci is a dream come true, not just for me and my team, but also for celebrating the city of Detroit’s cultural richness and innovation. I’ve long admired the creative genius that is Alessandro Michele and am honored and humbled that Gucci respects my work. Detroit Vs. Everybody and Gucci share the same unifying ethos, to bring people together for a greater good and to transform a feeling into a cultural moment.

Tommey’s signature Detroit Vs. Everybody has created a unique logo to celebrate each of Gucci Changemaker’s eleven US focus cities, which includes Atlanta, Chicago, Detroit, Houston, Los Angeles, Miami, New Orleans, New York, Philadelphia, San Francisco, and Washington D.C. Retailing for $390 USD, each of Gucci’s flagship boutiques in these cities will exclusively carry their city’s T-shirt in limited quantities, while the full offering will be available on Gucci.com.

To honor Tommey’s hometown, Gucci will release a special-edition Gucci Vs. Everybody T-shirt, marrying the creative identities together, available exclusively in Detroit at the Troy Somerset Collection Gucci store.

Also, a donation will be made to the 2020 and recently announced 2021 Gucci Changemakers North America Impact Fund winners. These local non-profit organizations are focused on key social impact areas including social justice and equity; arts and culture; health equity and wellness; and education.

To learn more about the program, visit ChangemakersUs.Gucci.com