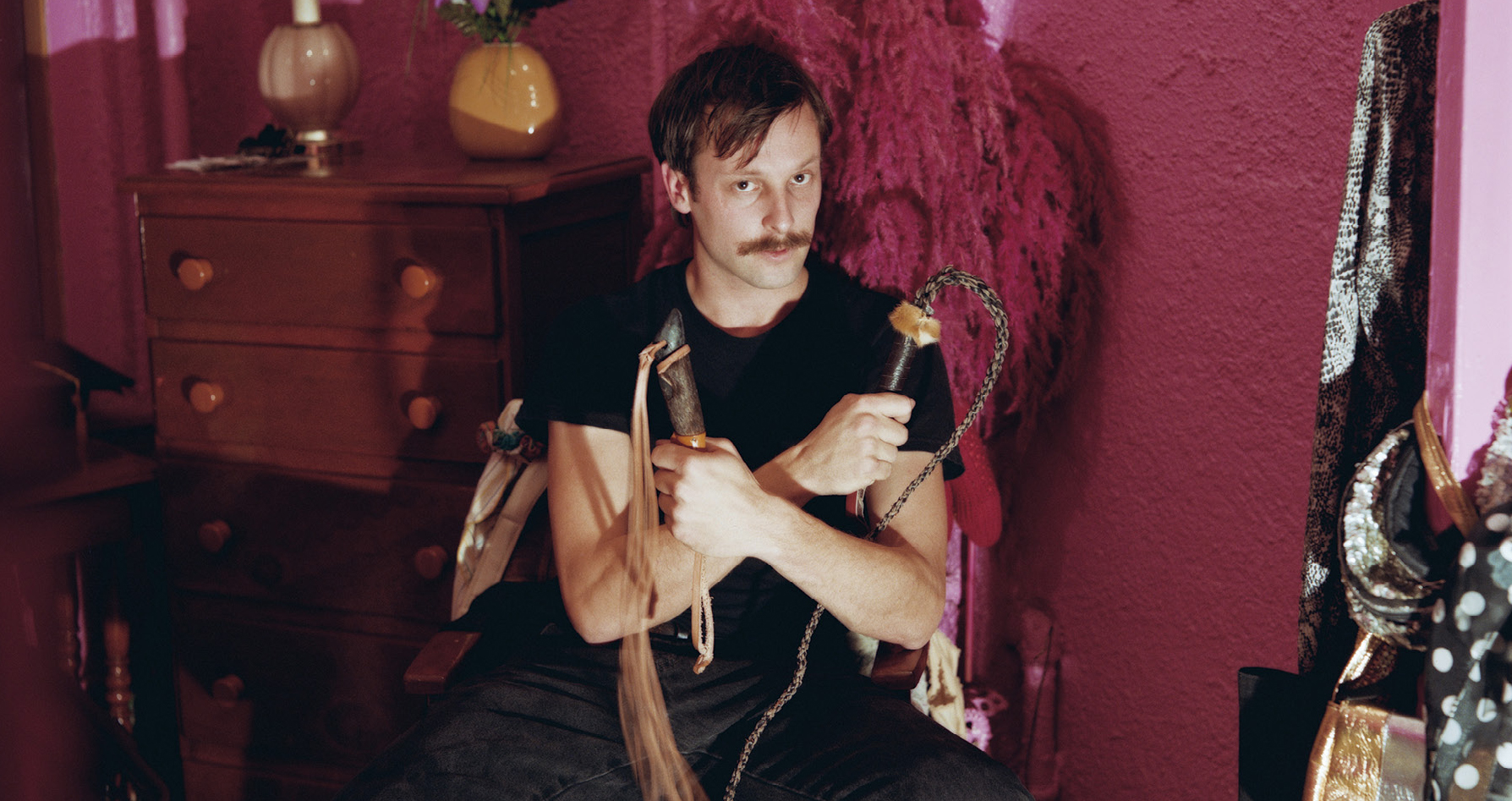 The Helmut Lang Artist Series continues with the works of artist Leigh Ledare.

The Seattle-born photographer, filmmaker, writer and sculptor is the subject of the label’s artist series, which has featured the likes of Walter Pfeiffer, Boris Mikhailov and Peter Hujar. The Artist Series pays homage to Helmut Lang’s artist collaborations through capsule collections featuring works from photographers and artists.

Ledare, who is experienced in several mediums, rose to fame with his exhibition and book “Pretend You’re Actually Alive,” and later held 11 different exhibitions from 2009 to 2017 in cities such as New York City, London, Paris, Copenhagen, Chicago, and Zurich among others.

Three works from Ledare’s 2008 series “Personal Commissions” are featured in the fourth installment of the Helmut Lang Artist Series. Three photos of a Ledare in his home—in bed and sitting on a stool in a dimly lit room—are featured on t-shirts with accompanying quotes on the back.

“I commissioned (these women) to direct and photograph me however they desired—or however they assumed I desired them to desire me. Using myself as a cipher rendered a series of indirect portraits, which preserved these women’s anonymity in line with their original advertisements. These individuals were revealed nonetheless through the affects of their décor, their decisions in directing me, and their initial ads, which served as their own self-description into this economy of desire.”

In addition, fifteen percent of all proceeds will go to the ACLU, Ledare’s charity of choice.