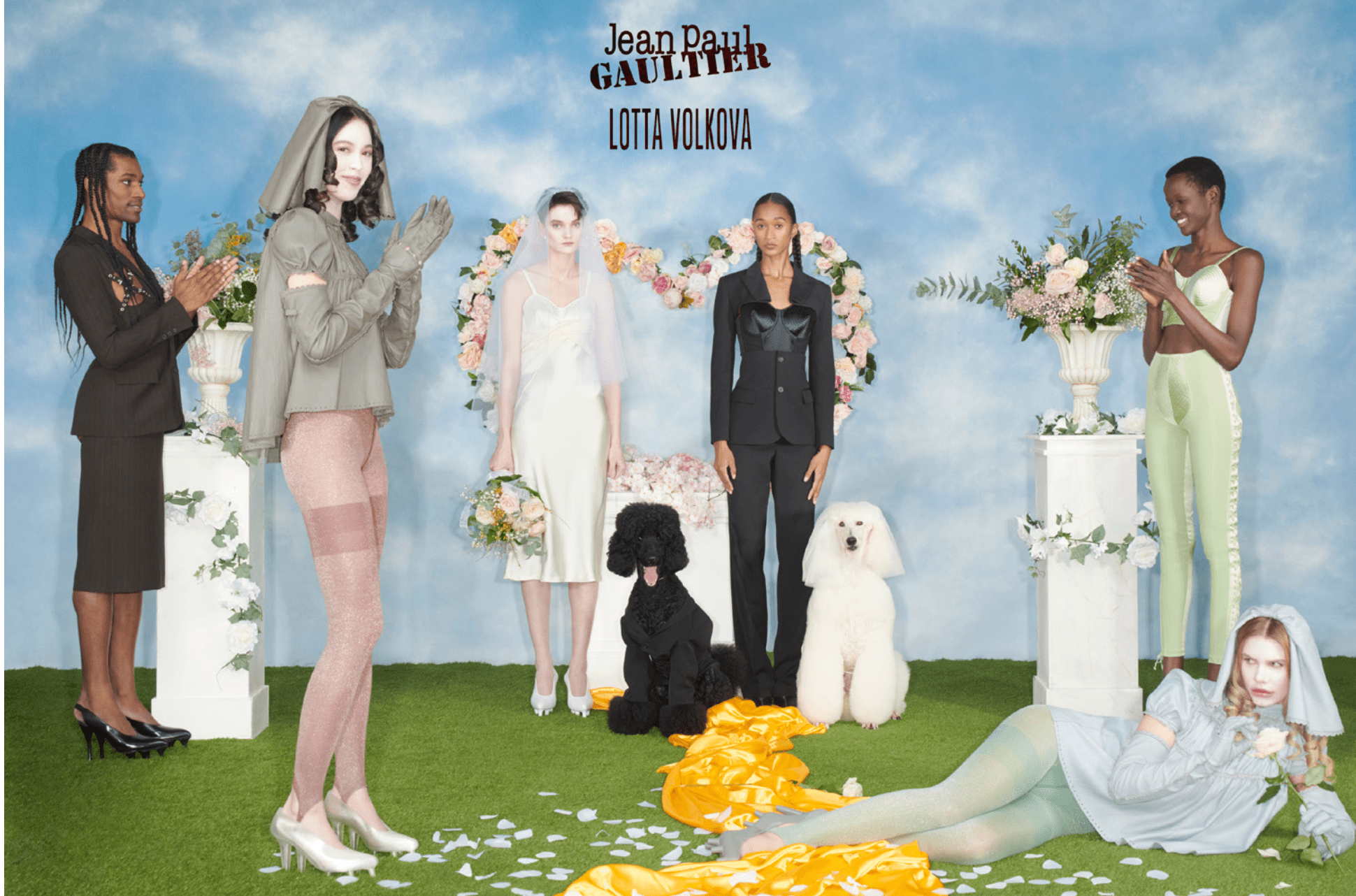 Throughout this capsule, Lotta Volkova celebrates the Jean Paul Gaultier essentials, such as corseted lingerie, conical breasts, deconstructed tailoring, trompe-l’œil prints, babydoll dresses and lingerie inspired knitwear. She approaches the collaboration from a stylist’s point of view, editing and re-editing the iconic and symbolic pieces of Jean Paul Gaultier’s world.

The iconic velvet Cone Dress of 1984 (worn by the man-muse Tanel Bedrossiantz in 1992) adapts into a mini-dress and top, defining today’s Gaultier look. The essential tennis-striped suit, so prim at first sight, deconstructed with harness-like insertions inspired by S&M and fetish dres- sing. The shocking jacquard couture Naked Dress from Fall/Winter 2004-2005 that has never been produced before is now available in an easy-to-wear jersey. The “Babydoll” spirit – a tribute to the Fall/Winter 2003-2004 show – infiltrates here and there, playing on child-like proportions.

“Discovering Jean Paul Gaultier and Antoine de Caunes presenting their TV show Eurotrash was one of the 1st memories of fashion for me. What struck me was extreme eccentricity, un- compromising vision, wit and never-ending festive celebration of fashion, culture, music and underground cultures that all formed an extraordinary world of Jean Paul Gaultier.It was an in- credible honor to be able to discover the archives, obsess and fetishize – reimagine the iconic Jean Paul Gaultier collections in the context of 2022 reintroducing them into a contemporary wardrobe.” – Lotta Volkova

Campaign captured by Johnny Dufort and with an unconventional set design by Gary Card, the campaign celebrates a new take on camp with an eclectic cast of models. Dancers, artists, and athletes are blurring the lines between surrealism and fantasy while honoring Lotta’s poodle, Dimitri.