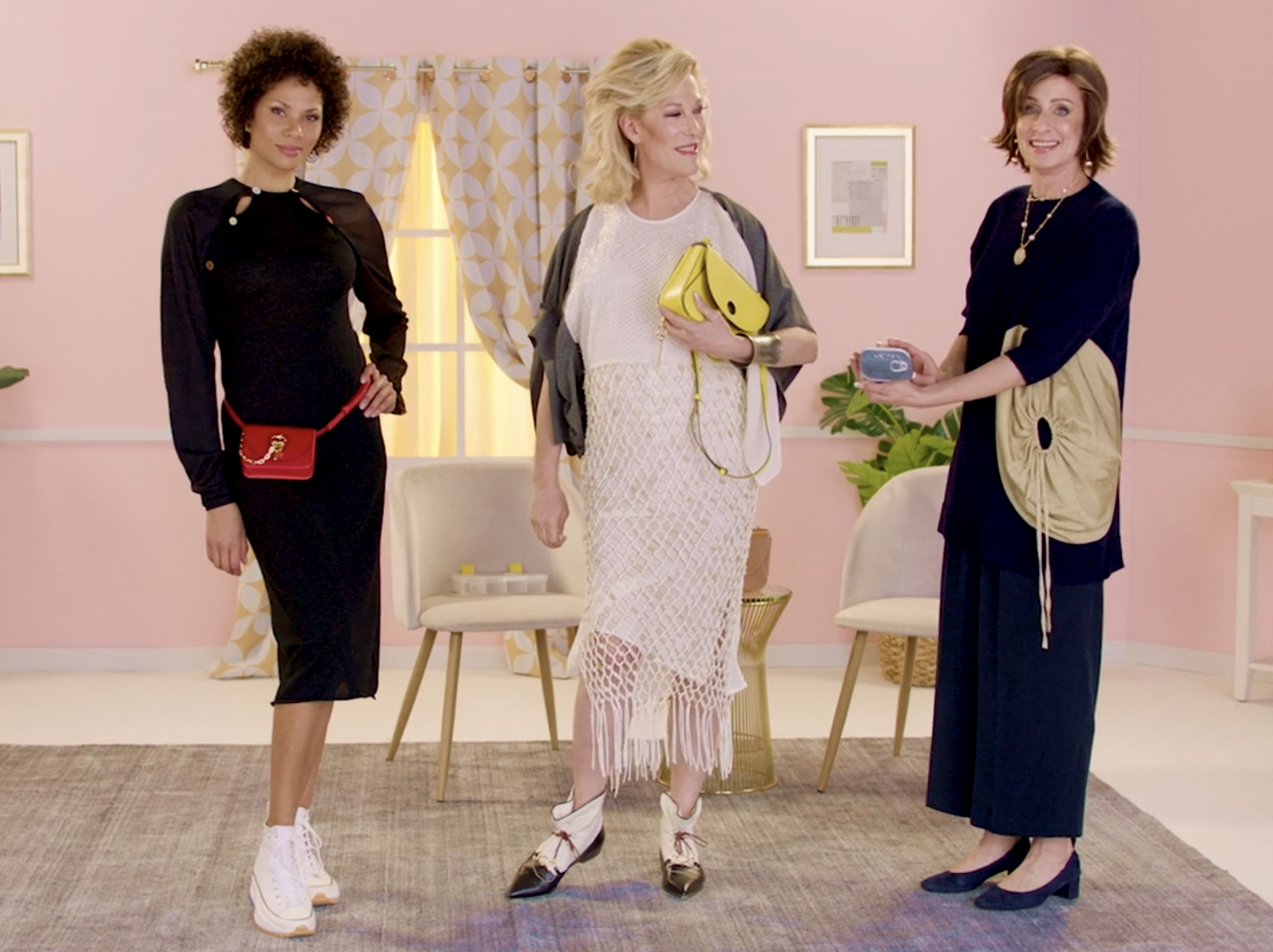 With a bit of a wink and a smart way to showcase his handbag features, designer JW Anderson has released a playful social media campaign, entitled JWA-TV, spoofing on QVC segments.

“You’re gonna die. I’m gonna die. We might all die!” explains the Stone character in her excitement to showcase the bag as her Joyce , played by Jill Pangolla, responds with “I hope nobody dies today!” Well … perhaps from hysterics of it all.

The parody videos were shot in the style of a teleshopping television broadcast featuring JW Anderson graphics and titles. To further authenticate the piece, the role of spokesmodel Staci D is played by Amber, a veteran QVC on-air talent. But it is Bond that carries the shows.

I have always been an enormous fan of Viv [Justin Vivian Bond]. I remember working on some of my first collections and listening to her albums on repeat. I ran into her in San Francisco not too long ago and I thought, we have to do something with her.’

That something turned out to be the smartest campaign showcasing product features and benefits than any other designer has been able to do in recent memory. The move counter balancers the more somber elements of the designer’s mainstay campaign while remaining irreverent and intelligent. It also makes the brand more embraceable and we say .

Should Sandie Stone be open to live calls as part of the campaign remains to be seen, but one thing is for sure, as the subsequent releases of the Anchor Logo bag and Bike bags are unveiled, we will  And not changing the channel in this day in age is a big win.