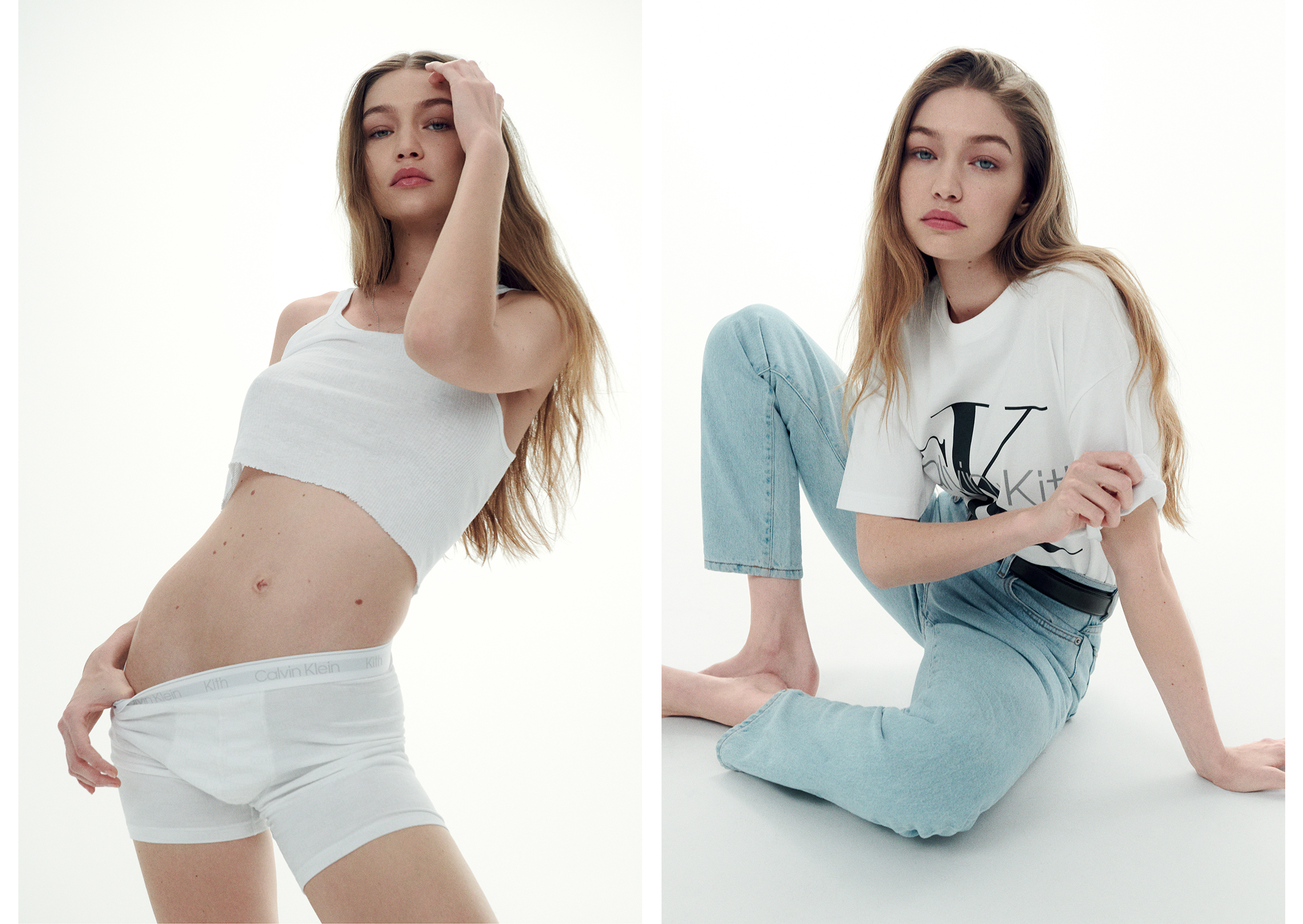 Kith has partnered with Calvin Klein to create a new capsule collection that marks the first time that Calvin Klein’s iconic underwear has shared the logo of another brand. Notably, their collaboration comes in two categories: “Classic” and “Seasonal”. “Classic” includes the aforementioned iconic underwear with co-branded intarsia waistbands, and the “Seasonal” offerings encompass new women’s silhouettes including an asymmetrical strap bralette, racerback bralettes with matching thongs, and double-banded bralettes.

In theory, the collaboration makes a lot of sense. Both Kith and Calvin Klein are New-York based brands, and when many stores in NYC were closing over the past decade because online shopping had become ubiquitous, the Kith store in SoHo’s shopping district often had lines around the block… due in part to their expertly-curated selection of multi-brand apparel and footwear. However, a perusal of this collaboration’s disjointed marketing efforts suggests it might not be a match made in heaven. Kith has the sort of “street cred” that CK did back in the 1990s, so surely it is no coincidence that the campaign’s short film is set in 1996. Yet the short film, an endearing coming-of-age/love story, has little connection to the campaign’s still photography featuring Gigi Hadid, aside from the fact that Hadid wears similar outfits as the short film’s protagonists.

Why the disconnect? What might be going on behind-the-scenes of these two companies and their marketing departments would be pure conjecture, but it definitely feels like there are some missed opportunities here. On the one hand, there is a charming narrative starring BIPOC actors (which was presumably produced by the Kith marketing team, since it is prominently featured on their website)…and then there is the conceptually unrelated photoshoot with Gigi looking fetch in both the “Classic” and “Seasonal” offerings. The disconnect is a fascinating but seemingly unintentional dichotomy, which shows two versions of NYC: one that celebrates the youthful innocence of the pre-digital working-class, and another that exults wealthy celebrities. During this global pandemic in which socio-economic disparity has been thrown into an increasingly harsh spotlight, as well as the fashion industry’s decades of exclusion and lack of diversity which are now being challenged, this campaign raises difficult questions about brand health. Since Calvin Klein and Raf Simons parted ways, did Calvin Klein need to partner with Kith to elevate its cool factor? And if so, why didn’t they embrace the marketing direction that Kith seems to be going, with the story of two teens meeting on an urban basketball court, and enjoying an idyllic summer day in the city?

We may never know the answers to these questions, but in the meantime it might be best to enjoy this ad campaign as two separate entities. Think of it as a tale of two cities: one that brings inspiration via the simple things in life, a slice of pizza and a Coke, good friends, good music, and meeting someone special for the first time….and the other that inspires through fame, fortune, and photoshoots of supermodels in their underwear. Both versions of the city have their appeal, but the latter only sounds fun if you happen to have fame, fortune, or are the supermodel who is getting paid to lounge around in your underwear.