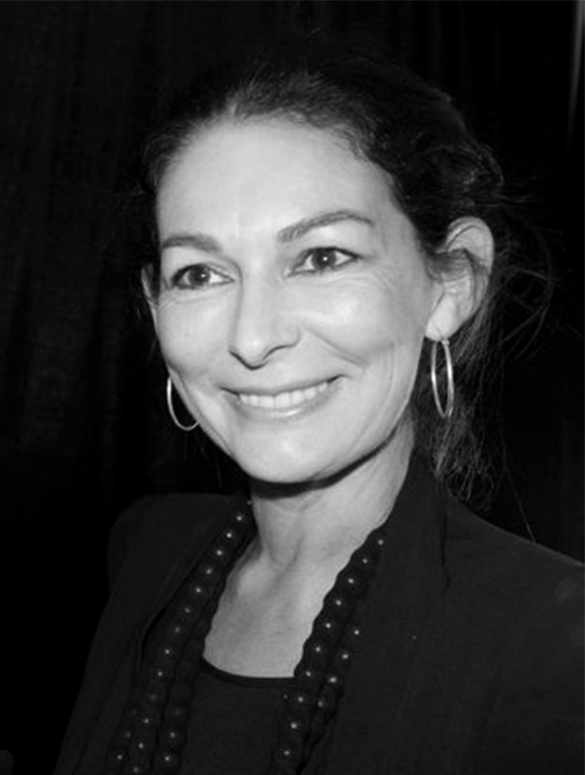 Often cited as “the make-up artist’s make-up artist,” Lisa Butler has been a prominent leader in the field of sophisticated fashion make-up for over three decades. A highly versatile practitioner with a seemingly inexhaustible visual range, she is equally fêted for the soft and iridescent “no make-up make-up” she creates for fashion shows by 3.1 Philip Lim or Herve Leger as the radical stenciled faces she created for the landmark Fall/Winter 2008 cover shoot for Self Service.

Born in Chatham, Kent, UK, Butler developed her technique through experimenting on the punks, club luminaries and festival girls that made up the creative scene in which she socialized during the 1980s. Her sensitivity to shifts in style, coupled with her renowned technical ability led to opportunities to work on Yohji Yamamoto’s groundbreaking advertising campaigns of the early 1990s and iconic editorial collaborations with Corinne Day. These established Butler at the forefront of the new generation of visionary image makers who continue to set agendas in the fashion industry today. She has longstanding working relationships with many of the foremost photographers, such as Inez van Lamsweerde & Vinoodh Matadin, David Sims, Alasdair McLellan, Mert Alas & Marcus Piggott, Ryan McGinley, Paolo Roversi and Solve Sundsbo as well as with stylists Emmanuelle Alt, Melanie Ward, George Cortina and Jane How.

In portraiture, Butler tends towards an approach she achieves by beginning with an optimum feature – a dramatic eye shading, for example – and then reducing emphasis elsewhere to ensure a subtly balanced look overall. In fashion make-up, Butler prefers to take inspiration from oblique references to clothes, their translucency or texture for example, rather than blindly matching their palette. Her knowledge of the latest products and technologies – most explicit in her use of airbrushing and collaboration with TEMPTU – meanwhile enable to execute a designer’s most ambitious concept.

Her team is a popular choice for catwalk shows, therefore, and she has created make-up looks for designers including Prada, Pucci, Missoni, 3.1 Philip Lim, Herve Leger, Roberto Cavalli, Max Azria, BCBG and Tommy Hilfiger, among many others. Butler is responsible for many of the most influential looks in advertising campaigns for luxury brands over the years, including prestige clients Yves Saint Laurent, Chloé, Lanvin, Loewe, Philosophy di Alberta Ferretti, Isabel Marant and H&M, for whom she has also been collaborating on fashion films.