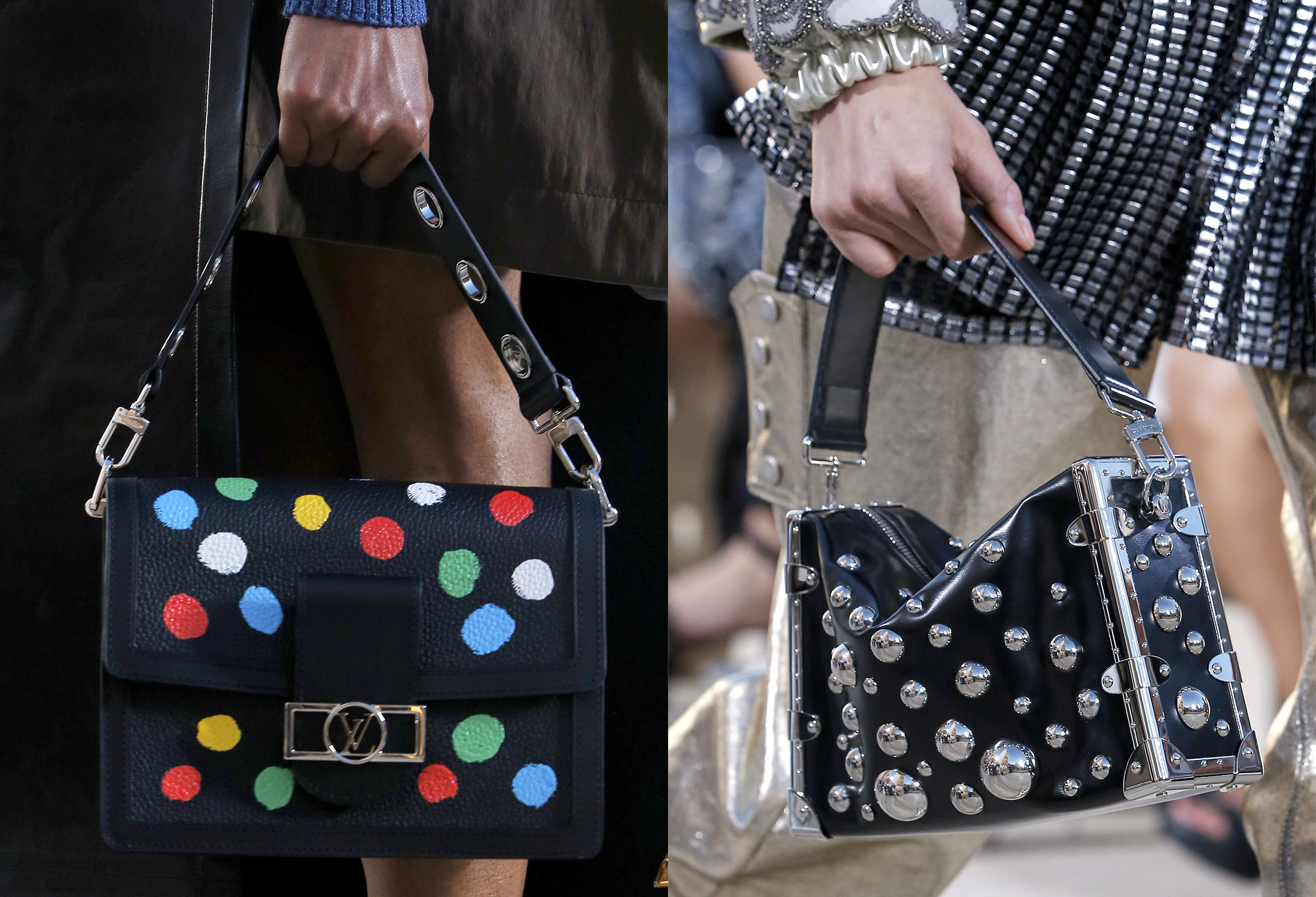 Since the creation of Louis Vuitton in 1854, the Maison has nurtured strong ties with the art world, collaborating with a series of artists who have brought their unique vision to Louis Vuitton. These close relationships have produced often radical reworkings of the Maison’s most iconic creations, in the process rewriting the rules of creative collaborations between luxury brands and artists. Yayoi Kusama’s collaboration in 2012 flourished through various universes of the Maison, from exhibitions, products and a series of unique window installations, which included a startingly life-like mannequin modelled after the artist herself.

Yayoi Kusama, born in March 1929, is an avant-garde artist whose perspective is expressed through myriad techniques from sculpture, painting, installation, filmmaking, photography, and happening, to writing in a variety of styles. She is regarded as a precursor to Pop and Minimal art, yet her diverse art practices resist any singular classification. Yayoi Kusama’s artworks originated from hallucinations such as where the red flower patterns on a dining table’s tablecloth started to spread across the walls, floor, and even across herself…She has been battling her inner fears and obsessions and pursuing the mysteries of life by depicting the hallucinations she has experienced since her childhood.

As a celebration of the Maison’s relationship with the artist and to mark the 10-year anniversary of the first collaboration, a handful of leather goods were premiered during Artistic Director of Women’s Collections Nicolas Ghesquière’s Cruise 2023 fashion show at the Salk Institute in San Diego. These exclusive bags feature a reinterpretation of the artist’s obsessive dots across Louis Vuitton signature shapes as well as on new models. A true first taste of a transversal collaboration that, come January 2023, will radiate through all Maison categories.