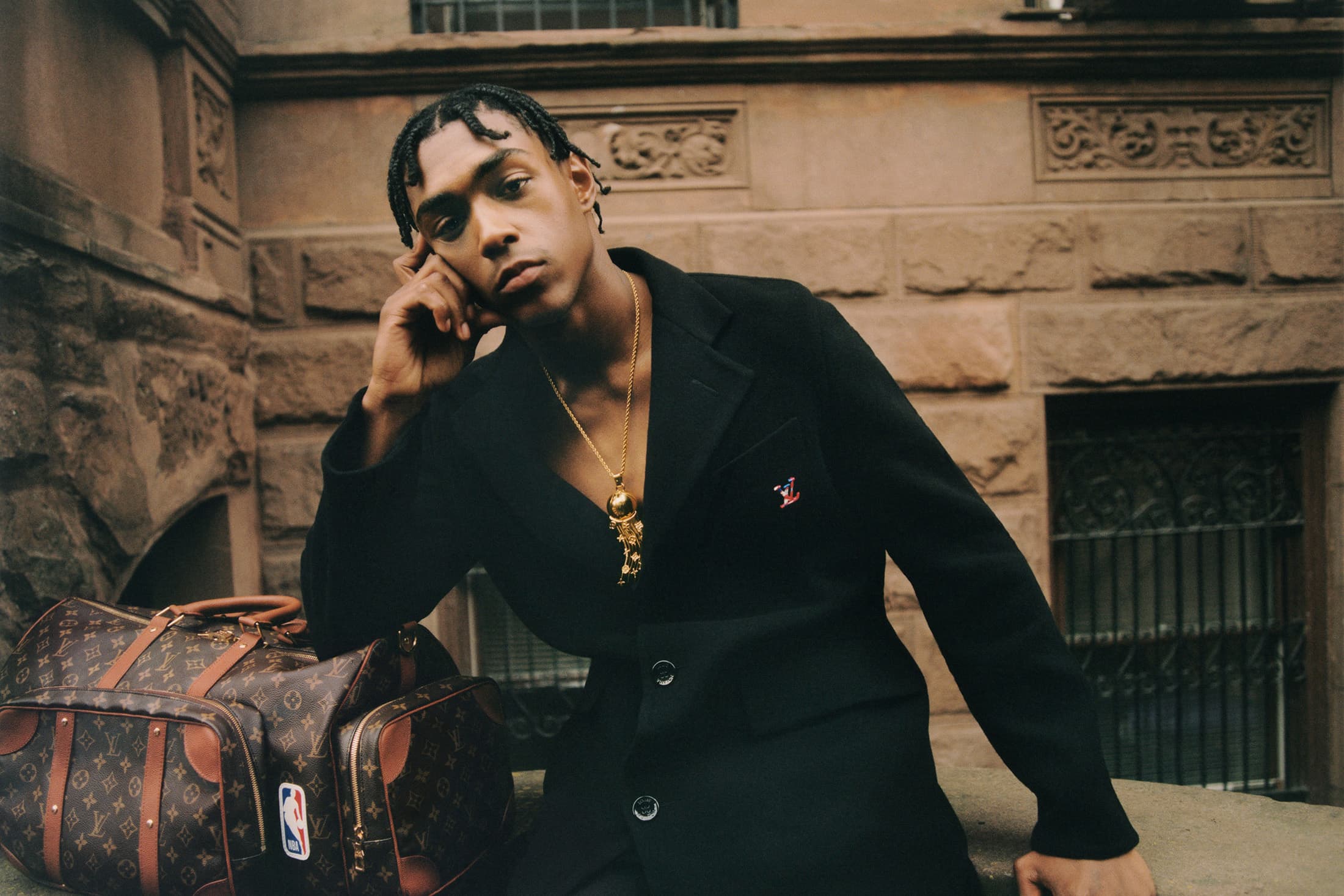 Louis Vuitton and the National Basketball Association (NBA) are expanding their ongoing collaboration with a LV x NBA Men’s Capsule Collection for Pre-Fall 2021. Motivated by the exchange between French craftsmanship and American sports, Virgil Abloh created a limited clothing and accessories line uniting the two institutions.

This collection celebrates the cultural contribution of basketball and its diverse characters, and the idea of relatability as a force of unity.

In its second season, the collection aims to reflect those same values of familiarity and relatability, fundamental to Abloh’s work at Louis Vuitton. The collection celebrates the unifying and inclusive moments of the game from collective memories of the two cultural institutions around the time of 1990s’ basketball mania.

Select pieces in the collection were conceived alongside the designer Don Crawley, an expert within the space of unifying design and sport. Like the first LV x NBA collection, the second capsule emulates the wardrobe of a professional basketball player in various stages of their days. Those stages are travel, game, and press conference.

Travel focuses on more relaxed-cut styles, whereas the game stage looks like warm up gear, that incorporates a Louis Vuitton varsity logo. Lastly, the press conference pieces feature tailored suits and overcoats for a more professional and sophisticated look.

Accessories consist of a line of leather bags with basketball net detailing similar to what was seen in the launch capsule. Monogram-printed leather and logo-embossing adorn slides, loafers and ankle boots. Jewelry comprises items like oversized chain necklaces and a ring with the LV x NBA logo — mimicking a league’s championship ring.

The Louis Vuitton x NBA Capsule Collection will be available in stores worldwide Friday, May 28th.