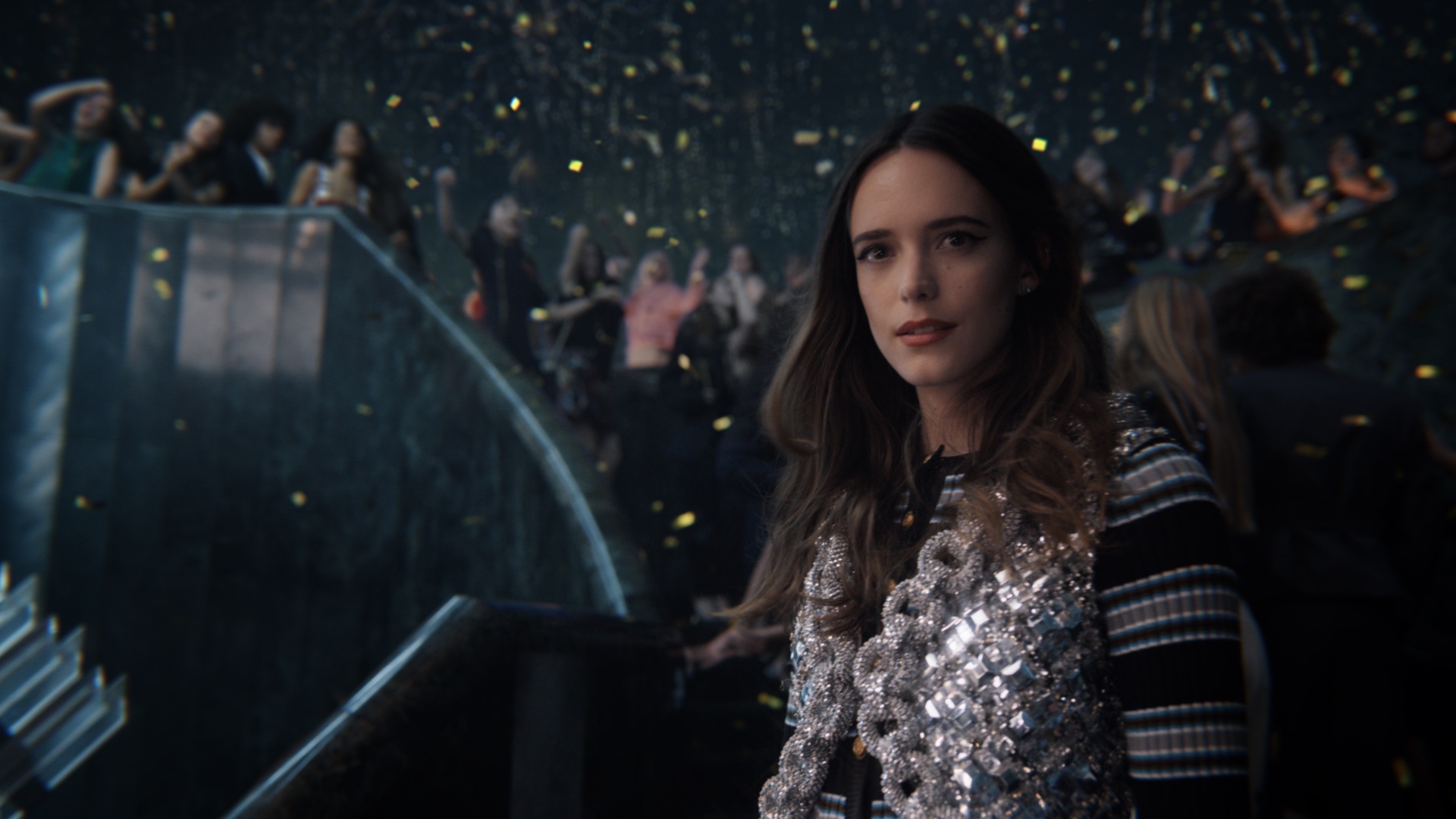 Grounded by family but entering a world of fantasy, the film begins as Martin constructs a fort with her younger family members out of signature Louis Vuitton luggage pieces – which then quickly is transformed through the power of imagination into a house, then a castle.

From here the lines between reality and fantasy blur as she falls into a series of fantastical holiday worlds. First, she pokes her head out of a window and finds herself transported onto the slopes of the alps, where skiers revel in the joy of fresh powder. Next she peeks through a window of an iconic piece of LV luggage which has become a doll-house populated by tiny people and Louis Vuitton’s flower-faced mascot, Vivienne.

The clever and space-bending use of shifting scale and setpiece continues as Martin steps into a world of blue sky and clouds – a smart reference to a common motif in Virgil Abloh’s work for the house, as well as one that appeared very recently in its Resort 2022 campaign. The film ends as Martin moves into the fourth and final stage of her journey, a slickly lit nightclub where holiday revelers party through the night.

Each segment of the film embodies a different facet of Louis Vuitton’s identity, and the brand smartly develops these aspects through a special portal on their website.

Fans and customers can discover the four separate worlds of the film – “The Snow,” “The Vivienne House,” “The Clouds,” and “The Party,” and access curated styling edits which feature giftable star pieces drawn from each world, from The Snow’s ski-ready apparel to The Party’s shimmering nocturnal glamor.

The film is a joyful way to journey through the many aspects of Louis Vuitton, with the accompanying smartly designed digital retail experience making it easy to find the piece of this world that will be the perfect gift.