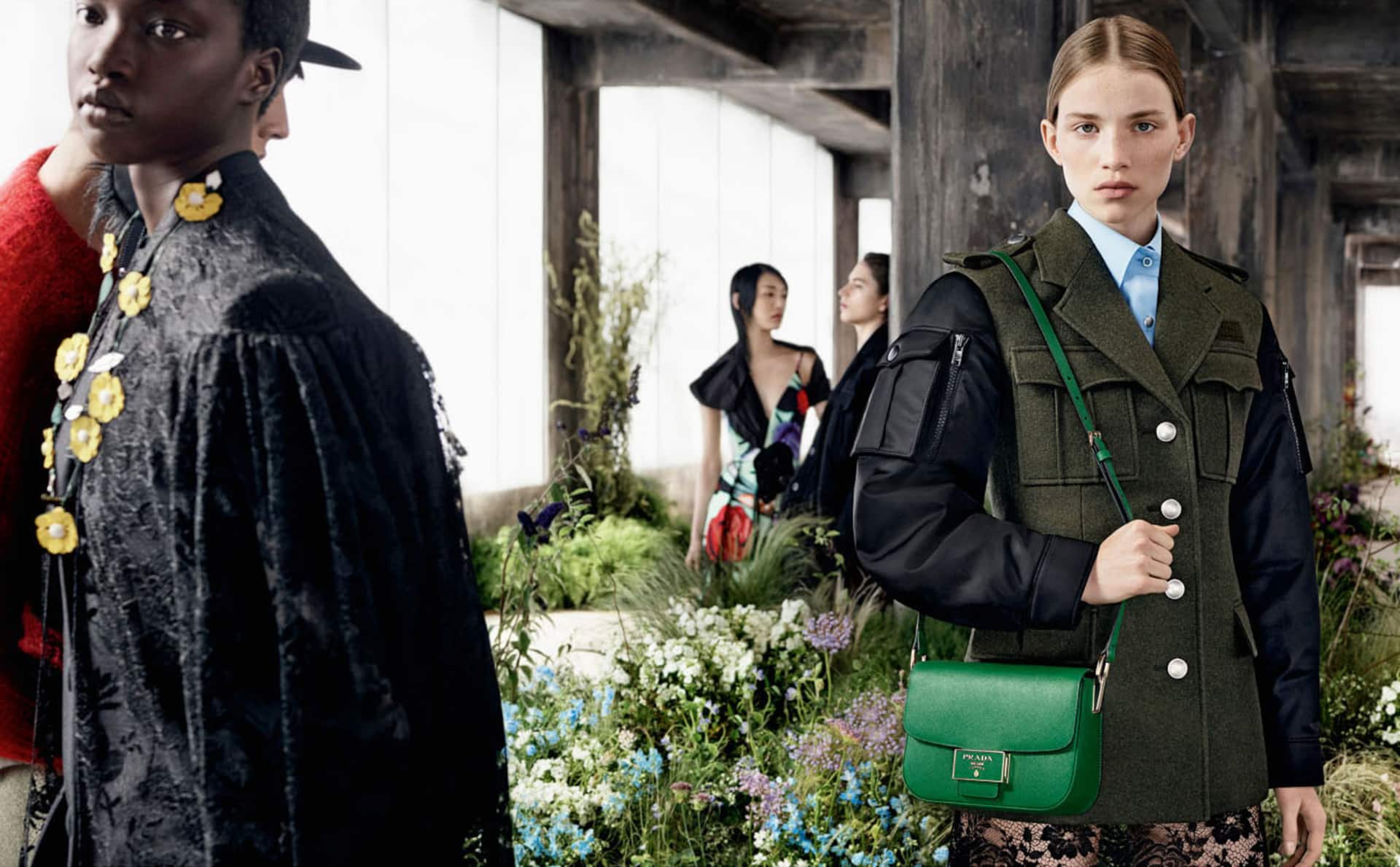 Anatomy of Romance by Willy Vanderperre

When Prada first unveiled their 365 Fall 2019 Ad Campaign, we were lovestruck. It explored how romance can flourish and grow in a world that sometimes feels industrial and cold, like an abandoned factory space or a concrete cityscape. Prada has just released a film for their Womenswear and Menswear Fall/Winter 2019 Campaign, titled “Anatomy of Romance”—directed by Willy Vanderperre with Nicolas Karakatsanis as the Director of Photography. Through references and representations of the innate, the engineered, and the gothic, “Anatomy of Love” serves as a manifesto of how love and community can bloom in the modern age.

“Anatomy of Love” feels like a video game, or a simulation. The set is staged in a factory space, where the jungle interrupts the concrete. A host of models are used to simulate a society or a community of people. Some of these people lay in solitude. Some hold hands. Others stare into the distance, while some play with flowers. All of them wait to be activated.

Behind a plastic tarp, the jungle concrete opens into a , likely inspired by the collections ode to the romanticism invoked in Mary Shelley’s Frankenstein and scientist Victor Frankenstein lab. There are vials and chemicals, colorful buttons, and heavy machinery. The community experiences an electrifying transformation in this place. They return to the jungle concrete, no longer as individuals, but bonded, tethered to one another.

In story-telling, human and nature have been considered competitors. Human is a threat to nature, and human cannot exist in nature. Human has to engineer and manufacture a new world for itself. A concrete world. A chemical world. A world that is abusive. However, some things cannot be engineered. Certain qualities like love and community grow organically and cannot be bought or sold. Just as the Netflix series ‘Black Mirror’ and even the Twilight Saga have explored Frankenstein concepts of life and death, Prada should receive praise for doing the same, while also reimagining romance. Noticeably, the romance that is being marketed passes as heterosexual. A missed opportunity in this age that embraces of all varieties. Nevertheless, the message is clear—love activates and love is simple by nature.