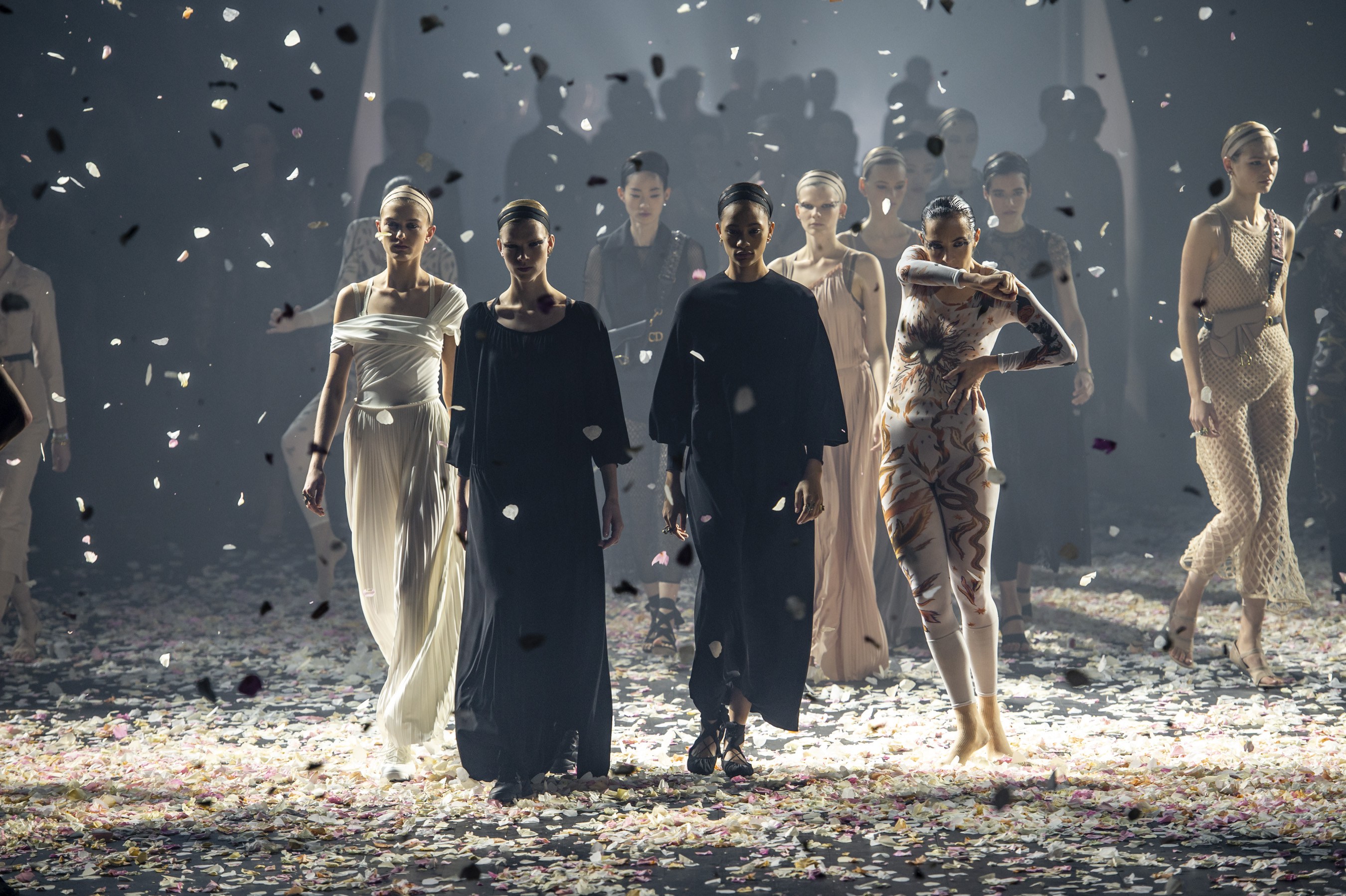 Nine days of runway shows after weeks in Milan, London, and New York City can make a cynic of even the most enthusiastic of fashion fans, however this season Paris did a lot to revive the heartbeat of fashion with a stellar week of outings.

This week all eyes were turned to Celine to watch how Hedi Slimane would put his touch on the house. That touch felt as though it had recently thrown out the codes established by predecessors to pick up where Slimane left off at Saint Laurent resulting in a high score, from Chief Impressionist Kenneth Richard, but not making his Top 10 for Paris.

The morning after the Celine show, Haider Ackermann hit me with his fresh and edgy vision of what the new Parisian cool could be. Between his laser cuts and laser focus on new proportions, especially power suiting, I felt he inadvertently picked up the Celine codes to march their customers his way.

John Galliano too played with the concept of power and suiting in his take on the new rules of gender in the Maison Margiela collection. The collection opened with a film by Fabien Baron that trickled onto the screens of accessories carried by the models down the catwalk and eloquently captured the wave of change taking place regarding gender norms.

Alessandro Michele has been blending gender norms for several seasons now for Gucci and brought that sprit to Paris at the Théâtre Le Palace, a disused theatre with a past as a hedonistic 1980s nightclub. A clear plastic pouch of assorted spring bulbs served as the invitation which implied a new spring bloom to come. The collection didn’t disappoint, staying in tune with Michele’s codes while 71-year-old singer and actress Jane Birkin, emerged from her front row seat to sing “Baby Alone in Babylone.”

Fresh off his recent sale to Puig, Dries Van Noten delivered a clean, impactful, and fresh take on spring. Balancing stark white with bright bust of primary colors, the designer quickly laid to rest any concerns of a parent companies involvement in the designer’s vision.

Pierpaolo Piccioli started his Valentino collection with sophisticated and somber tones of black and crimson, to suddenly burst out to one of the best conceived colorful collections of the season. Blending sequins, feathers, tropical patterns, the design matched is desert cactus flower themed setting perfectly resulting in a standing ovation from his supporters.

Karl Lagerfeld is never one to shy away from big productions at Chanel and was happy to continue to make waves at the Grand Palais this season building a beach set complete ocean waves, sand, and the sound of gulls. Models strolled through the waves, shoes in hand. It would be easy in this idyllic setting to loose sight of the collection which was the warmest, most feminine Chanel collection in recent memory, provoking the word ‘lovely’ from our Chief Impressionist. A term he rarely uses.

Sarah Burton brought a romantic warrior edge to her Alexander McQueen collection. Models wove their wave on set between artistic rock formations, while sporting romantic printed flowing frocks. Razor-sharp trouser suits and 3D printing were married with cutouts and silver fringing to give both a sense of strength and a fragility.

The combination also bode well for Maria Grazia Chiuri with her Christian Dior collection inspired by dance. The collection kicked off Paris fashion week setting a high bar, or ballet bar, for other houses to rise to. The collection of muted neutrals with feminine flourishes was both dreamy and strong. Taking Dior’s new look proportion and giving it a soft hand necessary to be relevant today.

Yesterday, today, and tomorrow were at the core of designer Nicolas Ghesquière’s Louis Vuitton collection which addressed the theme of female empowerment. The patterns reminded us of 80’s video games, while the proportions where blends of Renaissance meets space suits. Set at the internal courtyards of the Louvre in a tunnels that would of bode well for Stanley Kubrick’s 2001: A Space Odyssey, the collection was a forward looking statement about how women could dress today. The answer isn’t as simple as one note, which is why this complex collection made Chief Impressionist, Kenneth Richard, top of list.

Here are The Impression’s Top 10 Paris Collections for Spring 2019 as chosen by our Chief Impressionist, Kenneth Richard.