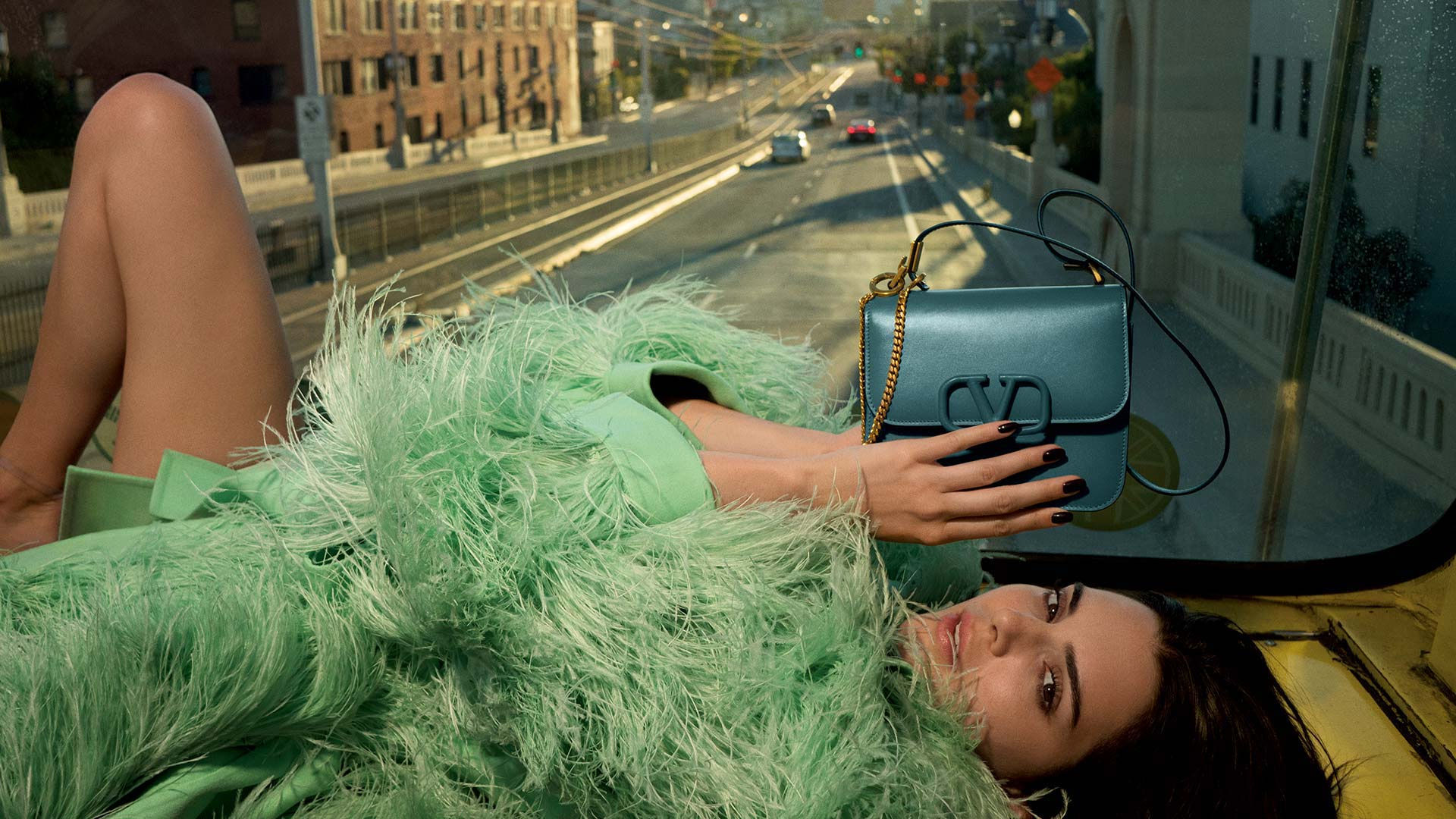 Posing atop a tour bus as it meanders through downtown Los Angeles, Kendall Jenner stars in the latest Valentino Garavani Resort 2020 accessories campaign lensed by Inez and Vinoodh under the creative direction of Pierpaolo Piccioli.

The campaign is comprised of a short video set to Angel Baby by Rosie & The Originals and several still images, all designed to highlight the Valentino Garavani VSLING bag.

Set in Jenner’s hometown of Los Angeles the campaign is a dichotomy of luxury and pedestrian within the setting of urban Los Angeles as Jenner contorts atop a double-decker tour bus in a billowing gown of ostrich feathers. The campaign is designed to be visual rather than narrative but we would argue that the house that has visuals in spades due to the brilliance of Pierpaolo Piccioli could use a storytelling art director behind-the-scenes of campaigns. Every artist involved in the campaign is ‘A-Game’ at imagery, but visuals are a tool for storytelling and not the tale itself.