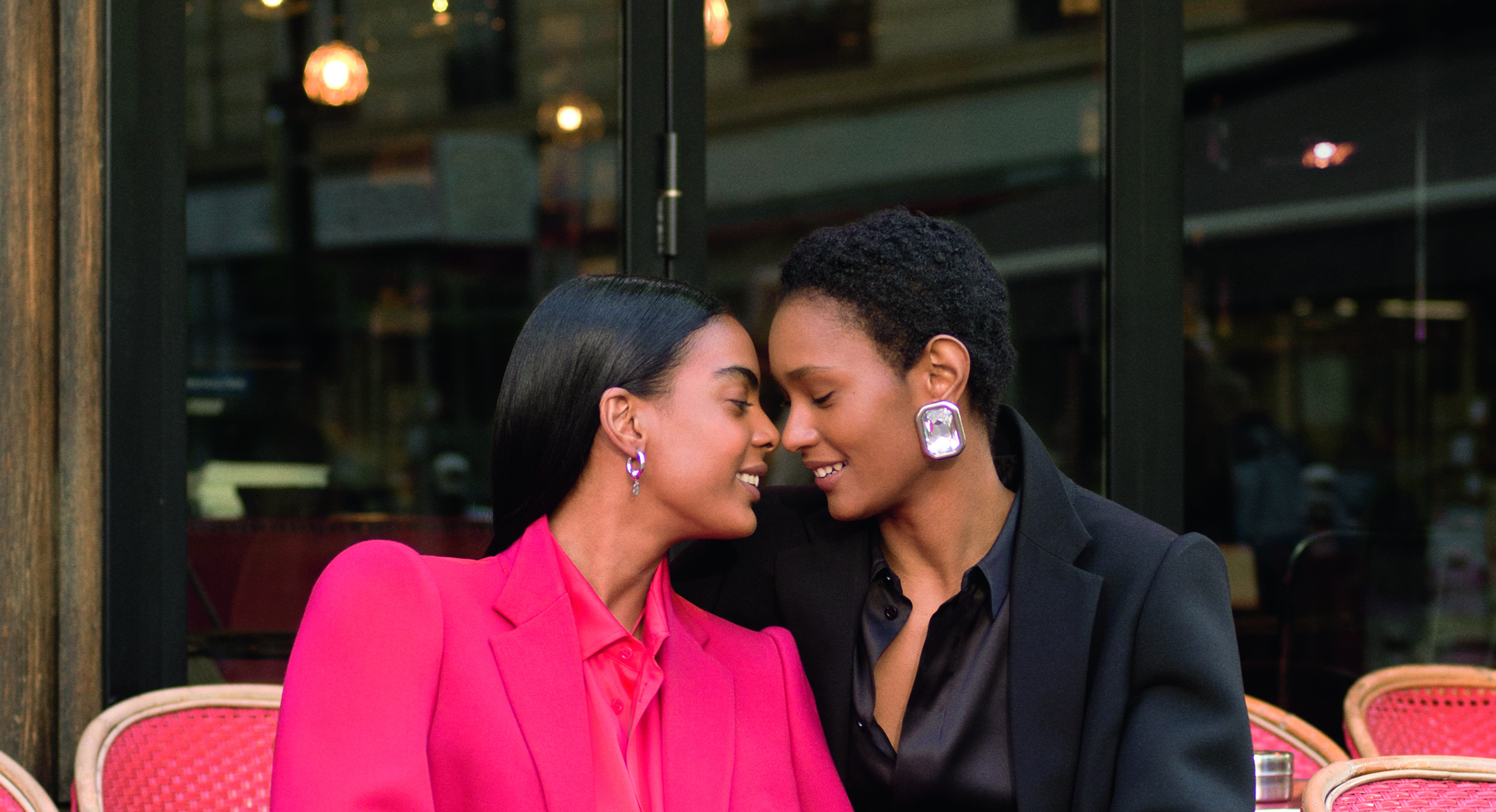 At the core of Balenciaga Creative Director Demna Gvasalia’s thinking is a pragmatic reality. His collections are consistently rooted in wearability over artisanal cuts, yet art cocoons the collections which blend modernism with functionality.

That same thinking is applied in the designers most recent fall 2019 campaign for Balenciaga juxtaposing the reality of love in Paris with the postcard perception of love in the City of Light. Paris, the city, has become something separate from Paris, the concept: one is reality-based, a place, where people work, live, take holidays, and shop; the other is nostalgic, temporal, and rooted in fiction—a postcard image or a black and white movie about a weekend romance.

To play up the tension between concept and reality for fall Gvasalia enlisted Paris-based wedding photographer Greg Finck to capture real-life couples. Paris’ iconic romantic spots were chosen as locations for their tendency to inspire true romance, whether it be based in cliché or not. The couples see Paris as both a real place to navigate and an image to romanticize, making the most of each hidden corner or picture-perfect scene with a stolen moment of affection, a passionate kiss, or a pose for Finck’s camera.

The campaign film is directed by London-based Ed Fornieles known for film, installation, and performance artworks that respond to human relationships and other interactions based on the 21st-century experience. The narrative plays toward the interworking and the reality of relationships. Each voice-over from one member of each couple is fraught with interpersonal dynamics, insecurities, internal jitters, excitement as they explain the dynamics of their relationship. The film is shot from a security footage point of view as if capturing each couple in their purest form, engaging with each other as if there was no one watching. The reality of love rather than the postcard projection of what couples perceive love to be.

The concept is a strong one with quite a few legs for storytelling that could be explored further from couples counseling to explanations of what ‘love’ and ‘Paris’ means to each couple. But then again, perhaps the mysteries surrounding love, and the laws of attraction are better left out of the spotlight from the City of Light. As Paris is equally lovely at night.