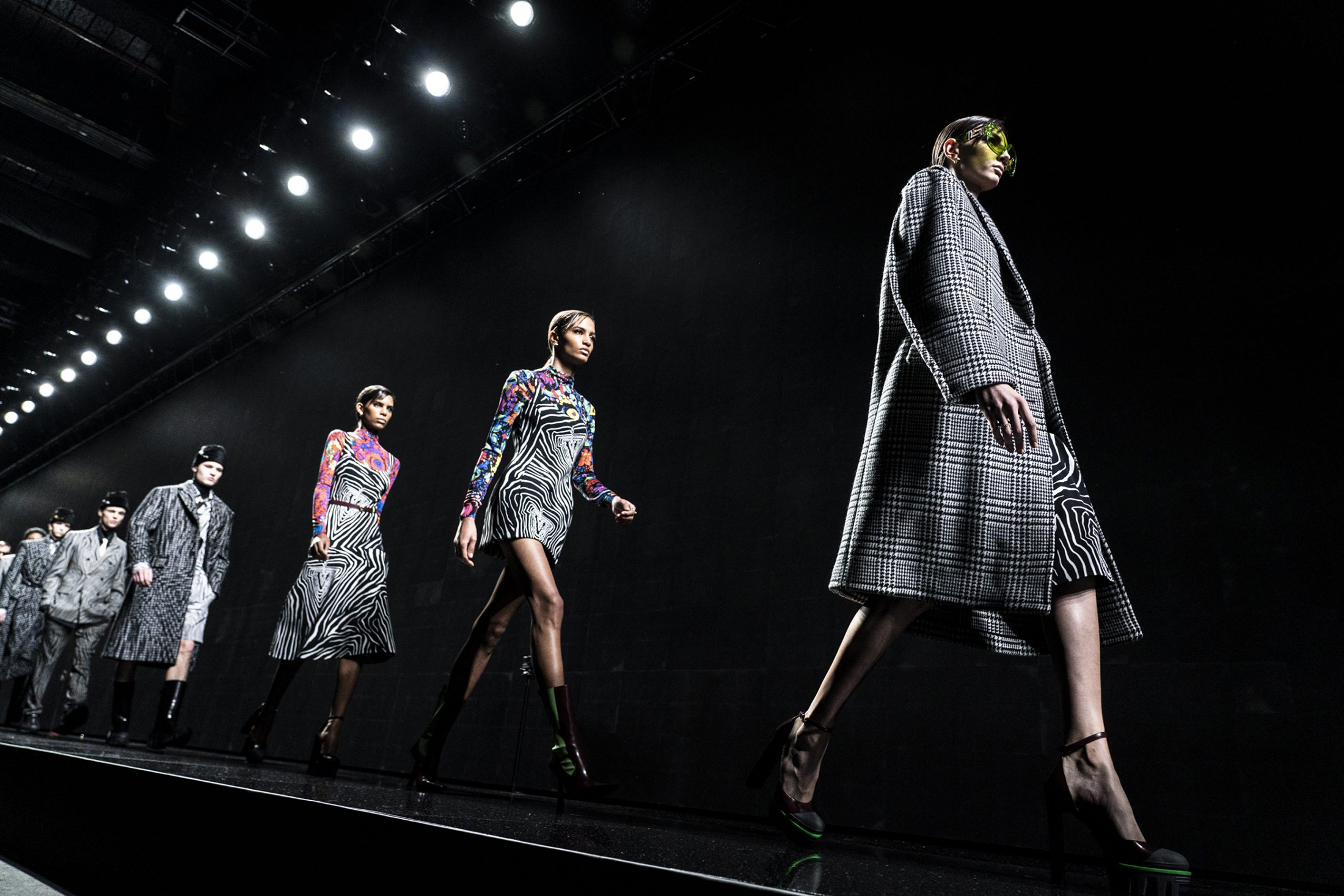 As the Milan Fall 2020 Women’s Fashion shows draw to a close, conceptual patterns emerge that reflect the way major fashion houses are positioning themselves. Perhaps most strikingly, many fashion leaders such as Gucci, Versace, and Bottega Veneta are progressively blending their shows during “Women’s” fashion week to present both womenswear and menswear looks. As Donatella Versace wisely explained, “What I want to highlight is that today’s generation does not care about gender; men dress in women’s clothes and women in men’s clothes.” Though many houses took a more traditional approach by casting all female models, the results were no less enthralling. Fringe was a predominant trend and manifested in every conceivable form, from leather to knits to beads to woven flaps, and appeared on many looks from Prada, Jil Sander, and myriad others. Ruffles and frills also had a strong presence, a carry-over from past seasons that found fresh expression at Antonio Marras, Fendi, Gucci and many more.

Here are The Impression Top 10 Milan Women’s Fashion shows of the Fall 2020 season as selected by our Chief Impressionist, Kenneth Richard.