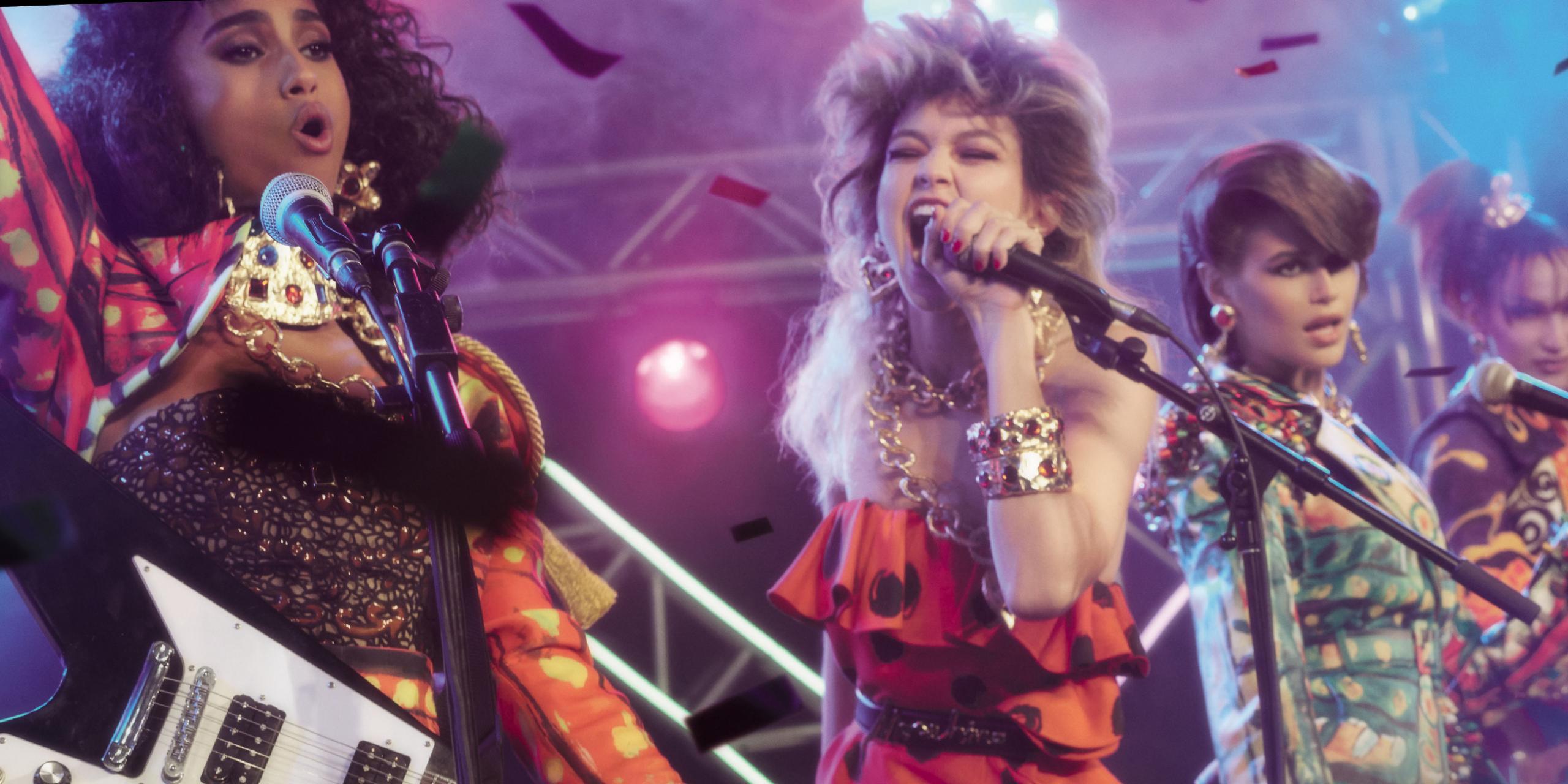 Moschino brings it back to the early days of MTV in the 80’s for their latest Spring 2020 campaign.

After delving into another 80s’ reference of ‘Dynasty’ for last season, Creative director Jeremy Scott and photographer Steven Meisel come together again for “Moschinorama.” This season they have imagined an all-female rock band, a nod to the music TV shows of the 1980’s complete with a VJ portrayed by none other than Tyra Banks. The band members include Gigi Hadid, Bella Hadid, Kaia Gerber, Imaan Hammam, and Adut Akech. While they don’t quite convince us that they are actually playing their instruments, it is so fun to see these models get to rock out and be goofy, when most of the time we just see them standing around. With neon lights, 80’s music, and outfits that seem more like they’re from another dimension than another decade, the video is a wonderfully weird spectacle.

Always delightfully tongue-in-chic, Moschino’s creative team scores with another unique campaign. The simplicity and fun of the final project belie the ingenuity of the concept, but it is truly smart in the way it plays with format, rearranging roles to challenge our expectations of who gets to do what within the industry. It’s Moschino’s world, and it’s a cool one.