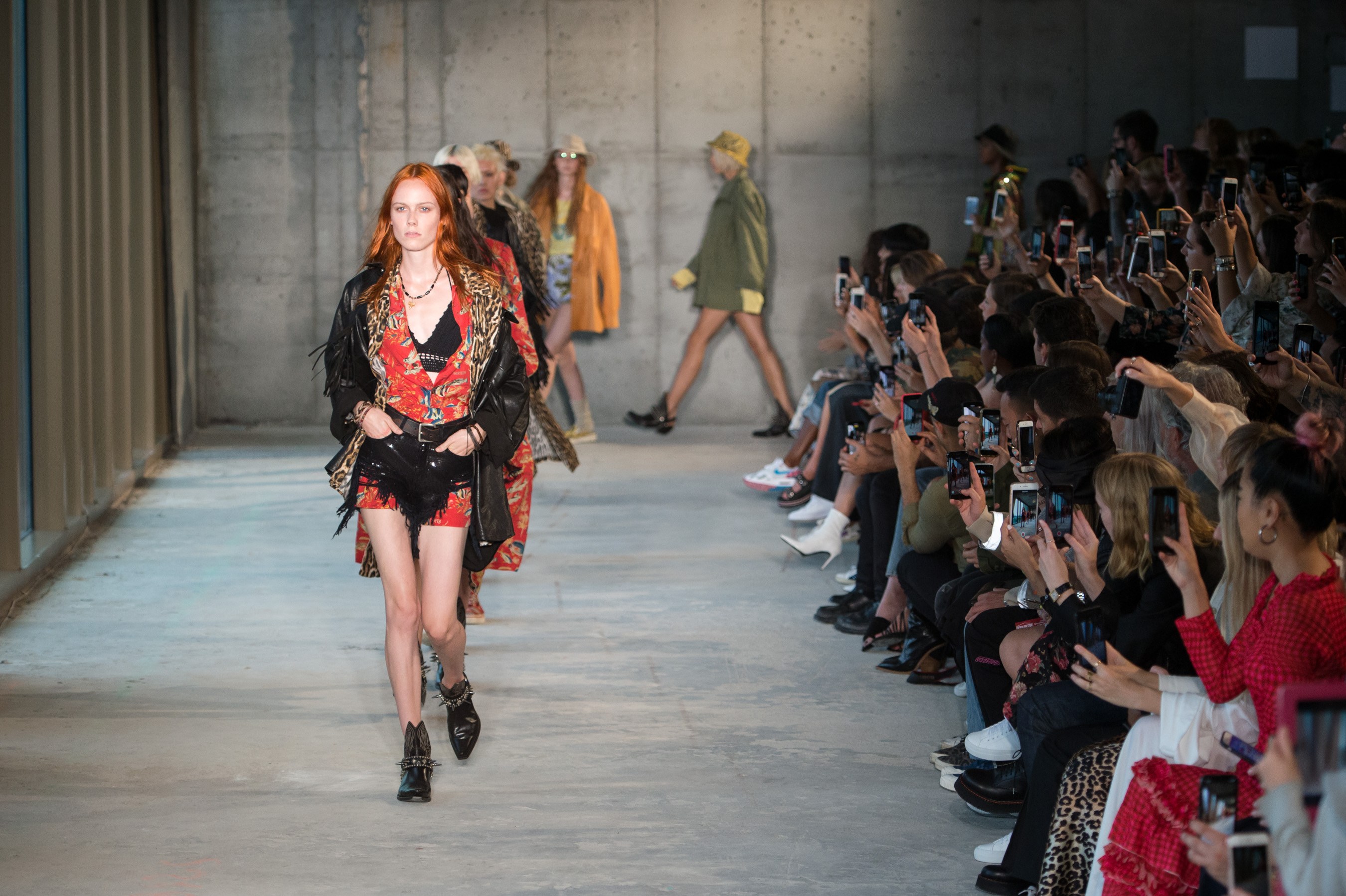 Splashing walkways at the base of the Eiffel Tower, Burning Man monuments, and indoor beaches with boardwalks can all be a tad difficult to compete with, yet fashion month is a showcase where hour by hour designers have to attempt to be David the the behemoth Goliaths.

The Impression recognizes the difference in scale and is here to help with a bit of balance. That is the reason we put together The Impression Top 10 ‘Other’ designer list per city and overall, because not every house can afford to showcase themselves with a production that dominates headlines.

Several designers here like Chris Leba of R13 and Cristiano Burani make our Top 10 major list per their hometown. However, after the tallying the scores for the entire season, which ratchet up at the end due to Paris being so strong, these designers could easily get lost in the shuffle.

Leba took influence from the most American of bands, The Grateful Dead and deconstructed American denim to stitch together a refined and edgy collection for R13 He has constantly forged his own path brushing off the norms of today’s streetwear trends to turn down an alley to find his our voice. The collection reads different from afar than close up as Leba is a master craftsman and the most forward thinking denim head working today.

Husband and wife designing duo, Kristopher and Laura Brock, showcased their Brock Collection at French eatery, Le Coucou. The Collection was full of refined Belle Époque looks with puffed sleeves, corset dresses, and ornate fabrics. Despite the ode to history the collection was very modern and feminine in a way that many New York designers rarely think of.

Los Angeles based designer John Elliott has name a name for himself in menswear and until his latest move to present in Paris was one of the leading highlights of New York Men’s Fashion Week. Fortunately the designer returned stateside and layered in women’s to bring his casual street influence back to the streets of New York. Showing at a skateboard park the collection blended surf, skate, California sunshine, and youth couture to represent one of this weeks best breakout shows.

Belgium born designer Cedric Charlier presented his forward and cerebral collection at the Belgian ambassador’s residence in Paris. The collection, produced by Italian fashion group Aeffe, blended gender mixing suiting with romantic brocades and O-rings. The collection was clever, sophisticated and powerful, leading The Impression to wonder if a new Belgium wave is on its way.

While he may have begun his business by showing in America, designer Joseph Altuzarra has returned to the country and city of his birthplace to show for the past several seasons now. It fits him as he bridges artisanal American sportswear with strong feminine coloring and cuts. the designer is at that difficult 10 year mark since founding his house in 2008 and Paris is the perfect stepping stone to the world for a talent that can certainly take it on.

Designer Kunihiko Morinaga of Anrealage isn’t one to walk the same path season after season, however this season Morinaga sent the same outfit down the runway several times, though the coloring was different.  Reason being was the clothes were made of a photochromic material that darkens when exposed to UV light. So the first looks in white, later showed up in purple. We give credit to the technical who is inventive enough to give a two for one outfit that changes with the light of the day.

Julien Dossena took the lead at Paco Rabanne five years ago. The 35-year-old born in France studied History of Art in Paris and fashion at La Cambre in Brussels before working at Balenciaga in 2008, alongside Nicolas Gesquière and this season that training paid off. Rather than dig into the Rabanne archive once again for a metallic mini, the designer printed hibiscus flowers and Indian woodblock patterns on chainmail providing an entirely new direction for the house to build off of and the result caught the attention of our Chief Impressionist, Kenneth Richard, to earn a place in our Top 10.

Here are The Impression’s Top 10 ‘Other’ Collections for Spring 2019 as chosen by our Chief Impressionist, Kenneth Richard.