A look at the Industry, the CFDA, designers, media, and elevating NYFW 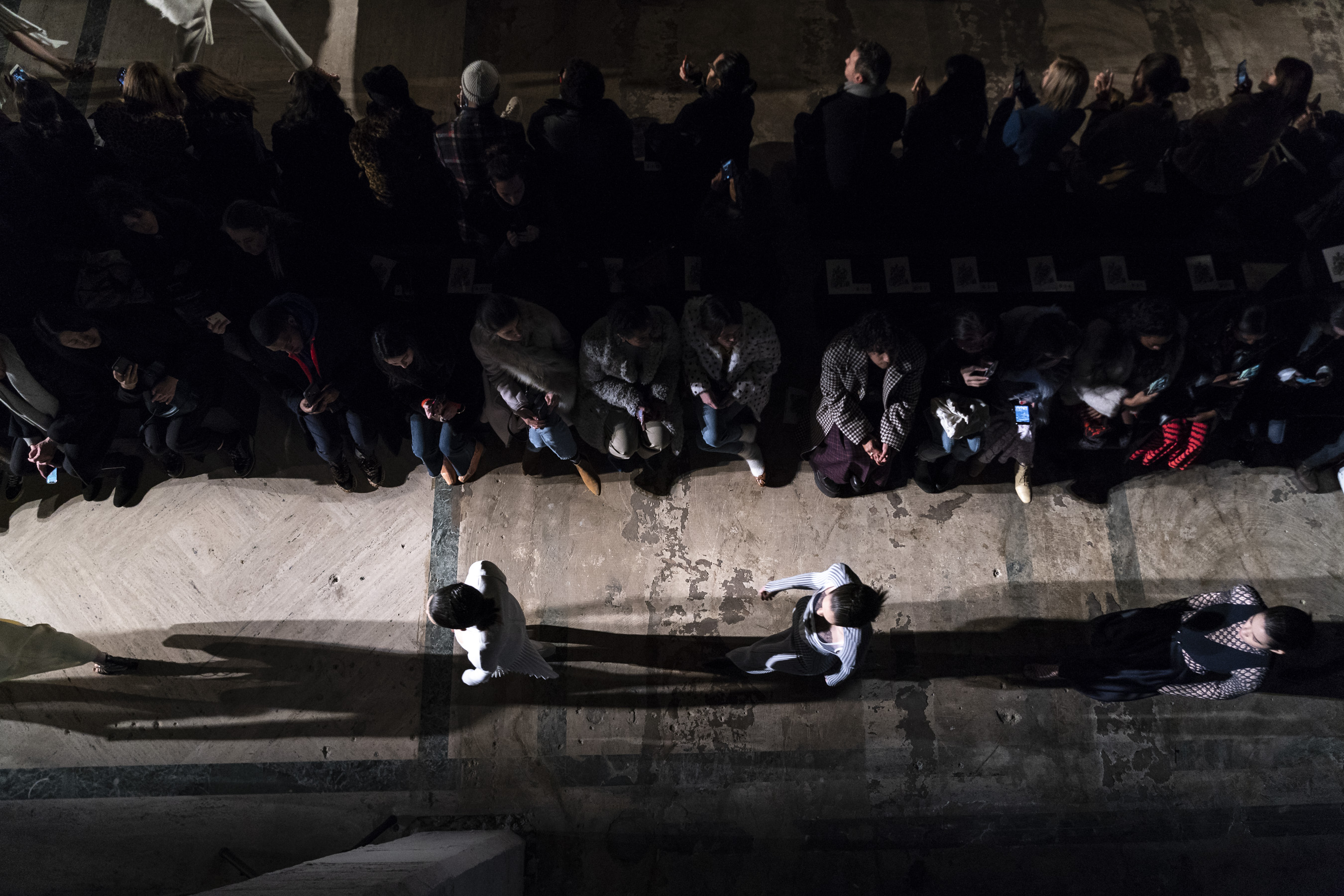 Recent attacks on NYFW and the CFDA are unfounded. Another look with suggestions rather than finger pointing.

Throughout the past few seasons and recent weeks, multiple media players have published remarks regarding what they believed was a diminished state of affairs for New York Fashion Week, questioning its reason to exist and its future. A few have even gone so far as to point fingers at show organizers and designers alike, lamenting the loss of big names from the schedule to the addition of presentations and lookbooks, to the rules which govern the show calendar and which designers qualify for rights to be on the calendar.

These questions come in the midst of the most significant paradigm shift our industry has faced as digital has upset the apple cart of timing and distribution, challenging traditional gatekeeper control with little sign that the dust will settle soon.

Why have these comments been raised, and nary one with a positive suggestion? We haven’t the slightest, but we do not condone criticism sans suggestions. So we would like to make a few of our own.

But before we do, we would like to speak to the power of the U.S. fashion system. A system that is not unlike America itself, consistently great at communication, limited only by its imagination, and whose greatest strength is the ability to stand up and admit that we can do better, then do it.

Give me your tired, your poor, your huddled masses yearning to breathe free.

Emma Lazarus’ sonnet, New Colossus, is at the base of The Statue of Liberty as a reminder of how America was built on acceptance, and our participants in fashion week should be no exception. I speak from experience on this subject, having arrived in New York with little more than five thousand dollars and a credit card going on to launch my designer business in 1992, mounting ~40 runway shows in subsequent years. The fashion calendar wasn’t a barrier to our success; it was a partner to it.

The CFDA owns the fashion calendar and has done a magnificent job at managing its growth while supporting American fashion. All without the luxury of government-aided financial support that their peers receive in Paris, Milan, and London. It is important to understand that the CFDA is a self-funded venture that took on the role of supporting the American fashion design community without economic support from the taxpayer dollar. It raises money to operate, award scholarships, support nascent talent with the CFDA/Vogue Fashion Fund, does an award show, as well as raises and allocates monies to support charitable causes. And manages the show calendar.

Contrary to recent accusations, the CFDA does have a process and qualification guidelines that must be met for designers to be allocated space on the official show calendar, one that does still allow nascent talent to gain exposure. Their role is to empower, which they do with countless programs from education to finance.

To be clear, it is not the CFDA’s job to prevent designers from showing, managing where, and how they show or growing designer brands through press and sales. That is the designer’s job.

So, with that in mind, we would like to speak to those accountable for the current reputation and offer suggestions rather than blatant uneducated criticism. The responsibility falls on us. The designers, media, and community who when the integrity of New York Fashion Week is called into question, have to stand up and say, ‘Hear you … and we can do better.’

Make Matters
Be Vigilant about

We need to fight to ensure that the make of clothes shown on the runway does not undermine the ideas shown on the runway. And currently, the US manufacturing complex falls short compared to Milan, Paris, and Japan. ‘Made in America’ isn’t a bad thing, but American can’t allow their quality of ideas to be undermined by clothes that don’t compare in quality to their peer set globally. We believe this is America’s greatest challenge and surmountable.

Each designer needs to be a champion of their craft. If it feels wrong, it is wrong, and your weakest piece represents your highest standard. Fight at every turn for quality. Quality of materials, quality of cut, quality of fit, but most important … quality of make.

Be it the mountains of Italy or the mountains of China, American designers need to go where they can ensure their make is stellar. If it is here, raise your bar . . . then raise it again. Do not waiver. Understand you have a perception to surmount. This will take time.

More does not mean better. If need be, show less. It is wiser to present 25 great looks than 42 ones with subpar make.

Commentary Does Not For Lack Of Craft

Americans are magnificent storytellers. Our stories deserve to be heard, are often socially meaningful, and are necessary to drive change. They are often ahead of the stories told at other international fashion weeks. However, many designers in New York today have commentary that far outweighs the quality of their design and construction.

Those designers mustn’t be fooled into thinking that the audience will forgive production shortcomings just because their stories are keen.

If you want to keep telling stories, make the words worth paying for.

This also applies to fashion media which must balance fostering and championing newness with being a shepherd, one aware of the dangers of promoting business too soon. We have all witnessed countless designers propped up with press attention only to find themselves without the means to support the next round of expectations in their lifecycle. Even those who have been in business for over ten years struggle. We must foster the right balance of attention at the right time and help to connect designers with partners who can help them on their journey.

Europe’s real estate is localized and driven by small streets that never allowed for malls with parking lots. Therefore, each designer’s vision was created with a small box retail store with its name on it. Sure, they have wholesale, but they think like a retailer, envisioning a holistic offering for their customer, the actual customer, not the buyer whose vision for their brand is driven by sales results from last season.

European collections are very focused on their customer. They offered accessories much earlier in their business cycle. They grow slowly with control of markdowns, merchandising, and distribution. They make mistakes in their stores before putting them in others. Wholesale partners have less leverage over them.

Today each designer can control their own online store very cost-effectively. Overing a holistic point of view via their own clothes, as well as partnering with others to round out the offering. All while developing a relationship with their own customers and not paying for brick-and-mortar rent in the most expensive real estate market in the world.

Many collections in the U.S. look lonely, especially when it comes to contemporary houses and eveningwear. A lonely collection lacks styling details, such as footwear, handbags, eyewear, and general styling to round out a designer’s statement.

Solve those problems before you start the design cycle, and don’t make money an excuse. Walk a trade show, and you’ll see just how many firms there are that make accessories. Your ability to gain exposure is an asset. Leverage it and make deals. Figure it out. Fast and now. Not as an afterthought. Because your afterthought reads like an afterthought.

Bring The Team Together At The B

Many shows look as if they were styled by the designer or the stylist days before the show with little to work with. Stylists are valuable; partners are valuable, from PR to show producers. Find them. Build relationships and bring them into the design process at the beginning. Do a kick-off meeting to bounce your vision off them even if you aren’t ready. Who knows, maybe they will inspire you.

Stylists, hair, makeup, show producers, PR professionals, and casting agents are all a part of your toolkit. They are a sounding board who can simultaneously work to help take the weight off your shoulders, rounding out your collection and inspiring new directions. Isabel Marant was wearing wooden clogs when Emmanuelle Alt suggested heels. The idea was foreign to her. Look how that worked out.

Inclusion Is A Standard
It Can’t Be Your Entire Story

New York is a progressive city that leads the world on social issues, which is a role we should maintain. While today it may feel as though championing for inclusion is in itself a meaningful story, and it is, it can’t be the entire reason for your house to exist. Why? Because inclusion will be a standard tomorrow and your brand will have helped make that a reality, but without some other reason to exist, you won’t.

Develop your point of view that is inclusive of inclusion but has meaning on its own.

Press too needs to separate the inclusion as part of a vision but not the only reason for that designer to exist.

Plenty of designers this season, from Jason Wu Collection to Zero + Maria Cornejo stepped off the runway and built lookbooks to showcase their collections. Yes, we miss you from the runway. But if spending $30k on a lookbook rather than $250k on a runway show helps you grow, then, by all means, grow.

There are plenty of collections that may be better served by lookbooks. Lookbooks are as easy to share as runway shows. They can live in all the same places.

But if you are going to do lookbooks, give them more meaning, add video, add dialogue, add movement, and think of them as fuller stories. Use integrity talents, and engage public relations in how to make them cut through the fashion week clutter to be talked about. Build small events around them. Engage art directors who can turn 30 looks into 300 reasons to speak to your audience.

Birds of a Feather

A keen look at the scheduling of the European shows and one will start to notice patterns. For instance, Paris Fashion Week has one day where the mainstays of the Avant guard Japanese designers, from Yohji Yamamoto to Comme des Garçons, are bundled together. Perhaps the US calendar could seek to have evening designers on one day and contemporary designers on another. This would allow the international editor’s flexibility to jump into each of those days, building out bigger stories to promote some core attributes of NYFW or to opt out and apply their time to building other fashion week’s stories.

We have other ideas, from leveraging America’s great strength of celebrities beyond the current offering of NYFW ambassadors to adding key events around the week that draw high-level retail and media into support to education around show production for designers who wish to step up their game cost feasibly.

Criticism is can be a valuable tool and provoke positive steps. We believe in the power of NYFW and all the CFDA has done. So the next time you run across nay-sayers, open the dialogue and seek suggestions. As pointing fingers does none of us any good. And goodness is our jobs.