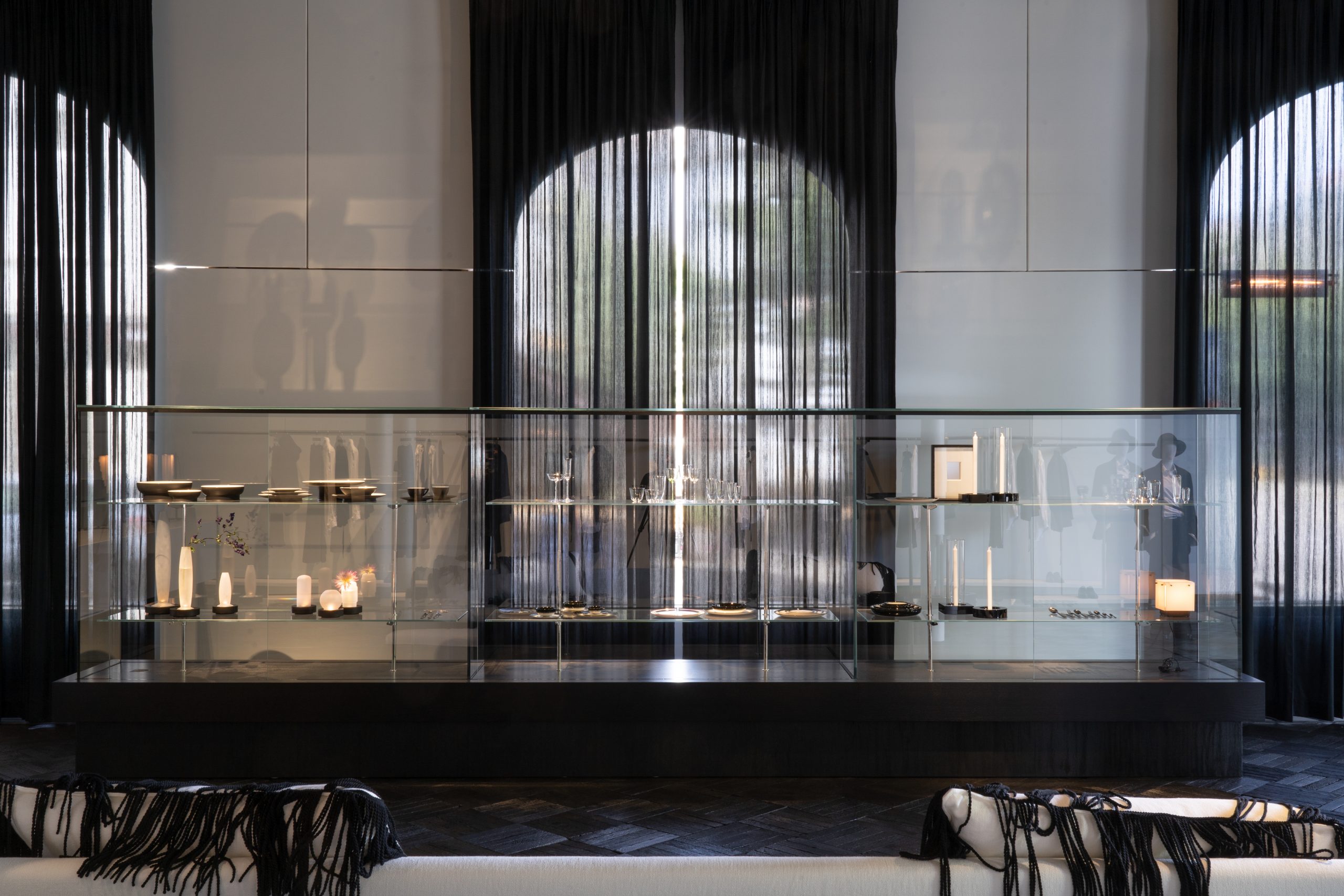 The reopening is the new chapter for the Ann Demeulemeester company, which last year was acquired by Claudio Antonioli with the goal of taking the label back to the cult status it has acquired over the past four decades. Since its inception in 1982, Ann Demeulemeester has become known for its romantic vision of fashion that fused poetry with clothing.

Theflagship, located in Leopoldde Waelplaats in Antwerp’s stylish Zuid neighborhood, will play a prominent role in Antonioli’s plan to relaunch the brand.

“I am honoured to be able to reopen this iconic flagship. Since the beginning of this project my mission has been to preserve the brand’s ethos, of which the store is a big part. Antwerp is a city that has always fascinated me, and I’m happy to bring back a place that is the epicentre of the Ann Demeulemeester universe,” says Antonioli.

The store, acquired by Demeulemeester and Patrick Robyn, her husband and partner, opened in 1999 in the historical 1880s Beaux Arts building that was originally built as a school for seamen.

It is symbolic for the brand that Robyn himself redesigned the 520-square-meter flagship from start to finish in order to stay true to the Ann Demeulemeester vision, while updating it for the new era. “The question that we wanted to answer was, what do we expect from a shop today, when fashion is everywhere and everything can be bought online,” says Robyn. “The task was to differentiate ourselves while staying true to the brand’s DNA.”

To begin with, Robyn refurbished 420 meters of painter’s canvas that lined the shop’s walls, retaining the original store’s idea of the second skin. For the ground floor of the boutique, the canvas was painted light blue. On the first floor, canvas now covers the shop’s windows, creating a chiaroscuro effect in daytime. The shop’s lighting was replaced with an all-new digitally controlled, energy-efficient LED system that literally puts Demeulemeester’s clothes, which tend to emphasize silhouette, texture, and detail, rather than loud color, into a new light that is soft yet crisp.

The original wooden floor was restored and stained black, juxtaposed against the ceiling that was painted the deepest shade of black Robyn could find. Floor-to-ceiling black curtains now line the windows on the ground floor. The resulting atmosphere is that of utmost serenity, which was an important factor for Robyn. “Shopping is a very intimate, even vulnerable moment, and we wanted to make our store as welcoming as possible,” says he. To this end, Robyn paid as equal attention to the fitting rooms as he did to the sales floor. The large and inviting rooms feature large mirrors, and their French doors open onto a Victorian fern courtyard, which is meant to serve as an oasis of calm and privacy that encourages customers to try clothes on at their leisure.

Robyn designed all furniture and fixtures for the two sales floors, on which the brand’s offerings will no longer be differentiated between women’s and men’s.

Upon entering the shop, visitors will be greeted by a custom-made wunderkammer- inspired six-meter-long glass display case that will house accessories from the fashion line and the Ann Demeulemeester – Serax collection of homeware. 4-meter-long bespoke white couches on the ground floor feature wide cushions with elongated black fringes. Other custom attributes are a brand new cash wrap, 11-meter-long hanging rails, and a large circular footwear display with built-in seating on the first floor.

“I hope that when our customers get home after buying something in this shop, their clothes will remain loaded with memories, emotion, and meaning,” says Robyn. “I want the people to remember the day that they bought it.”

For Demeulemeester herself, the renovated store signifies a new beginning. “The renewed flagship store in Antwerp celebrates the renaissance of the brand under Claudio’s wings,” says she.