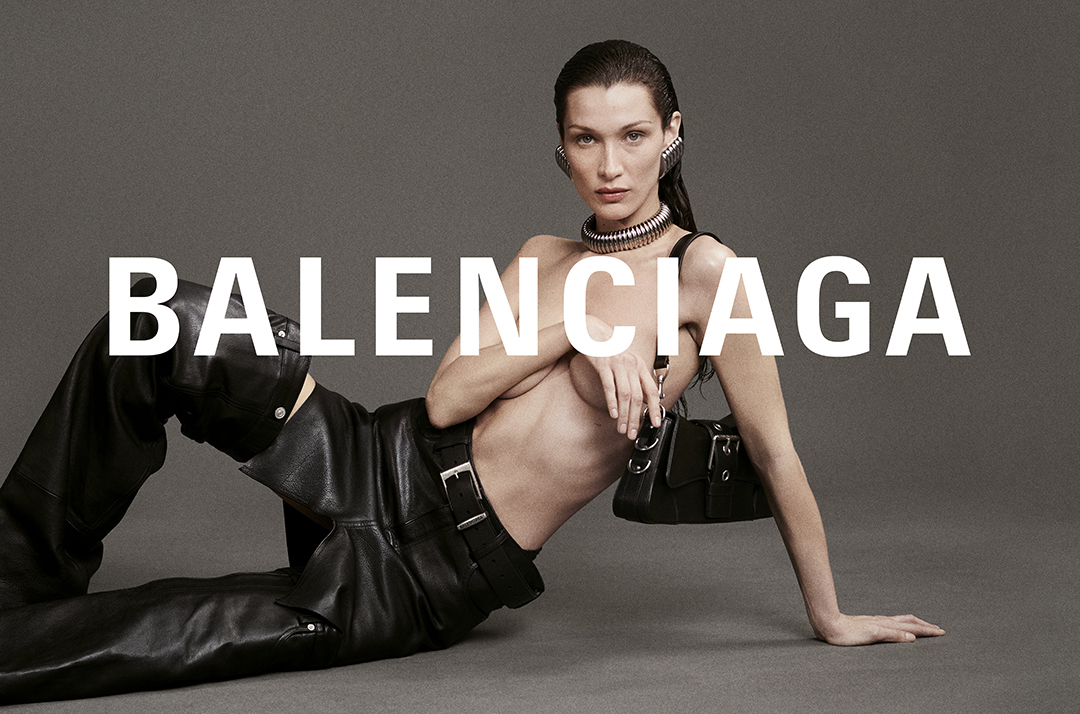 The collection was first presented at the beginning of this year via a runway film created by cult filmmaker Harmony Korine that channeled the early-90s vibe suggested by its title, “The Lost Tape.”

Continuing this source of inspiration, the campaign brings a contemporary sense of gender fluidity to its throwback editorial portraiture and styling.

The release also marks the first time Bella Hadid has appeared in a campaign for the house, though she’s walked the Balenciaga runway before. Musician Aya Nakamura appears as well. With recent campaigns featuring the likes of Cardi B, Justin Bieber, and of course Kim Kardashian, the past couple of seasons of ad communication from Balenciaga have marked a distinct shift from creative director Demna Gvasalia’s prior practice of shirking celebrity casting all together. Now that he’s crossed over, however, he’s managed to get the best of the best, and it felt like only a matter of before Bella appeared.

Effortlessly and undeniably Balenciaga, the campaign further cements the status of the house under Demna’s leadership as the standard of must-have cool.