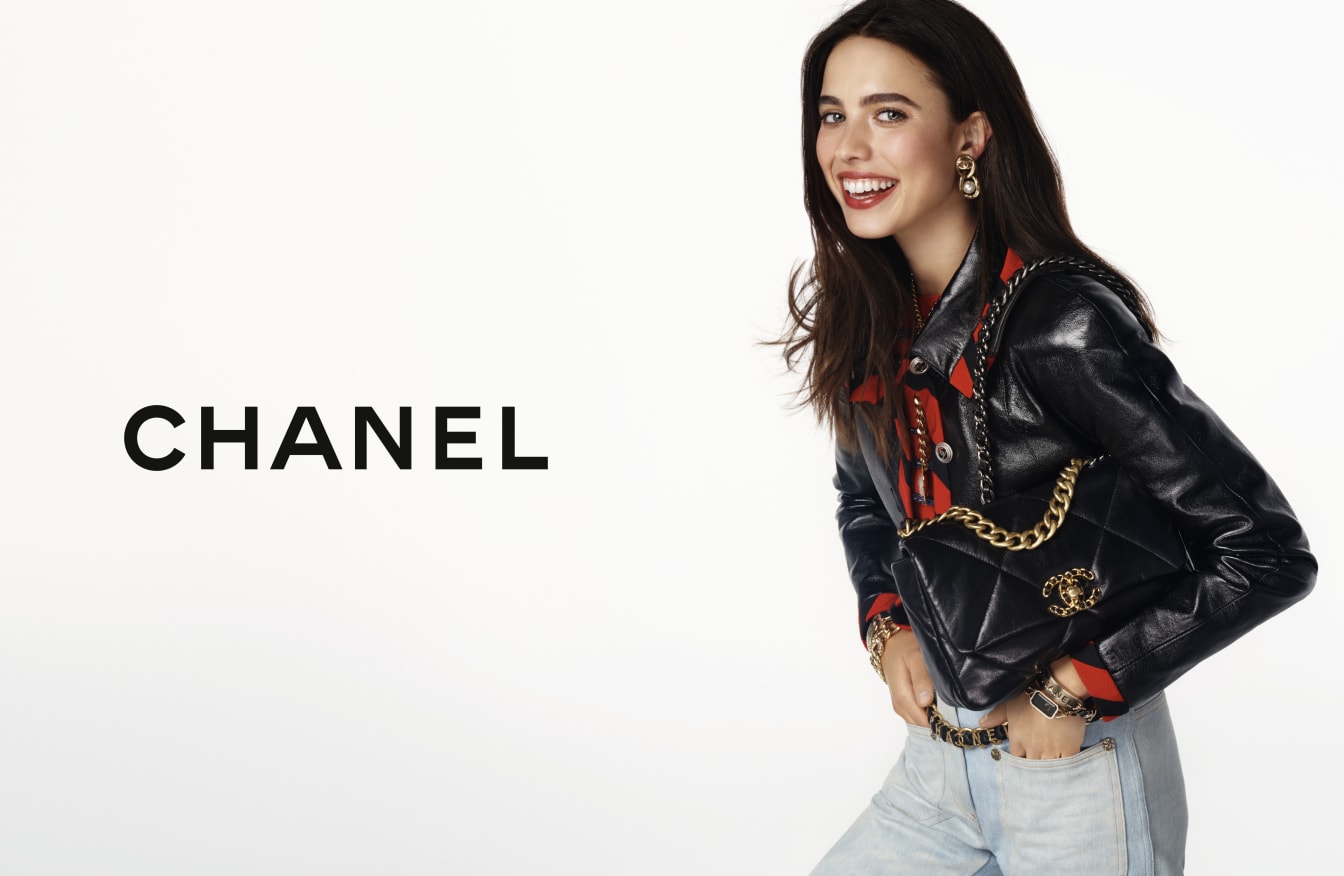 Chanel has released a boppy new campaign in celebration of their 19 bag. The campaign continues the house’s collaboration with filmmakers Sofia and Roman Coppola, and features photography by Steven Meisel.

The campaign is composed of two short films and a series of photographs. For both short films, the Coppolas use film collage techniques that emphasize each actress’s energy and bring an animation-like whimsicality. One film focuses on Chanel’s history and how it is contained in the new 19 bags, while the other feels like a moving extension of Meisel’s still imagery.

Meisel’s photographs take the form of simple studio portraits. He relies on the unique presence and personality of each woman to give the photos their aesthetic impact, and so each portrait is uniquely fun and beautiful.

I love how Steven Meisel shoots women and how he has captured each of their personalities, Margaret is exuberant, Taylor is bright and full of energy and Marine is an elusive French beauty.

The energetic campaign is both a fun dive into the history of the brand, and a guarantee that its future is safe in the hands of the new generation.