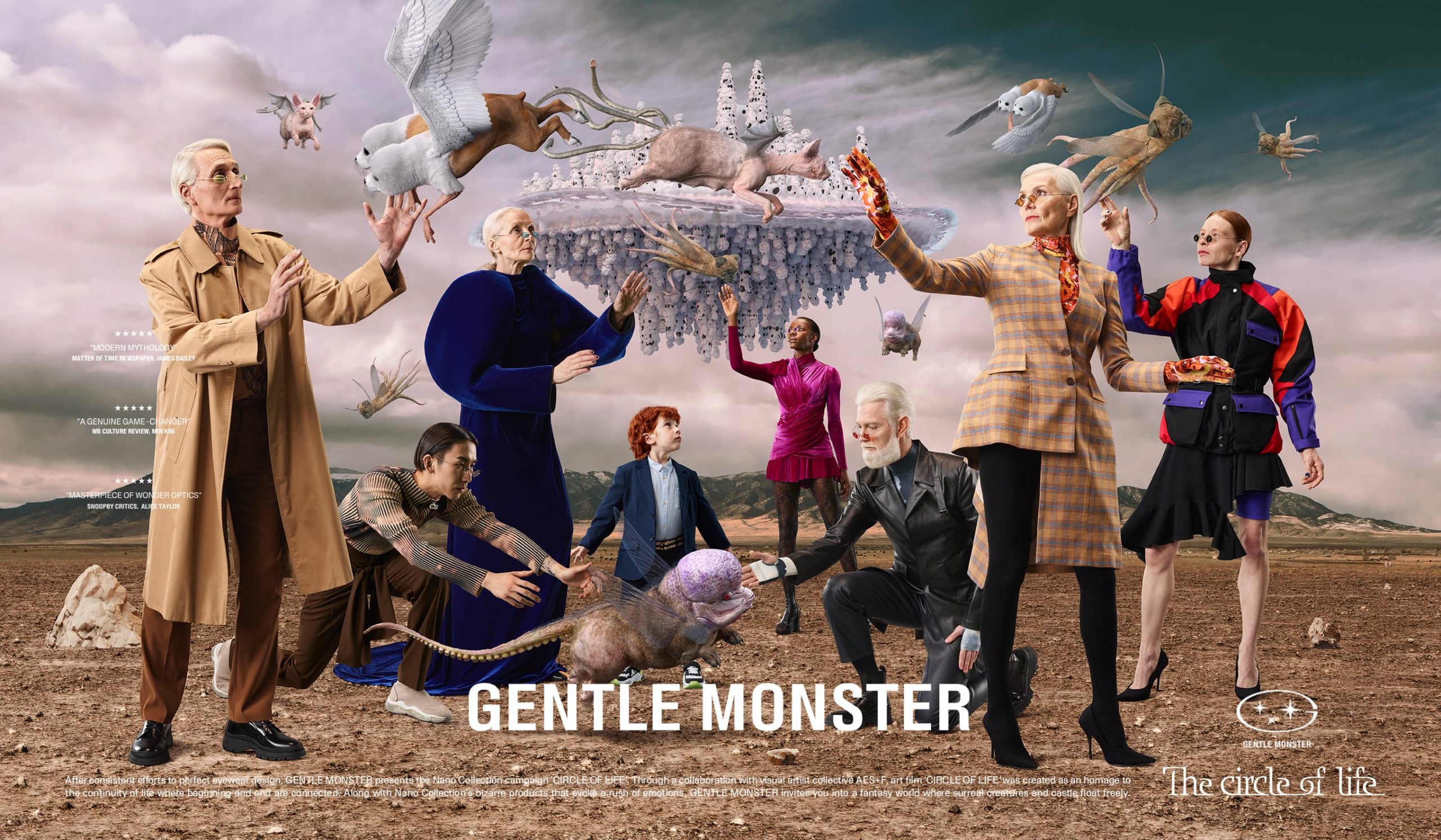 Gentle Monster continues to push the boundaries of fashion marketing with a psychedelic celebration of the circle of life. The visionary new campaign, which highlights the brand’s new Nano eyewear line, was created by the Russian art collective AES+F.

The collective’s film uses 3D modeling to imagine a fantasy world where humans coexist with chimerical animal hybrids – a dogtopus, a bat-cat, and many more indescribable combinations. These surreal beings float gently through space, where they are encountered by our cast of eccentric bespectacled characters.

We love that the cast features mostly older models, a relative rarity when it comes to high fashion. Wearing their adorably tiny, vintage-inspired glasses, these characters seem wise and open in their reverent connection with the natural world – even though this is a “nature” that we hardly recognize. Although Gentle Monster themselves only produces eyewear, their campaigns always bring it in terms of head-to-toe styling, and the impeccable and eccentric styling of this campaign goes a long way to fill out this fantasy world.

The still portion of the campaign imagines film posters for this production, titled “The Circle of Life,” complete with five-star critical reviews. This aspect adds an interesting and playful meta-layer to the campaign, causing us to further question the status of this strange reality.

Gentle Monster dazzles us again with its uncompromising commitment to visual innovation and creativity. Perhaps the most important message of this campaign, which can be applied to the rest of Gentle Monster’s oeuvre, is that the truest beauty will strike us when we least expect it, in the strangest of places.