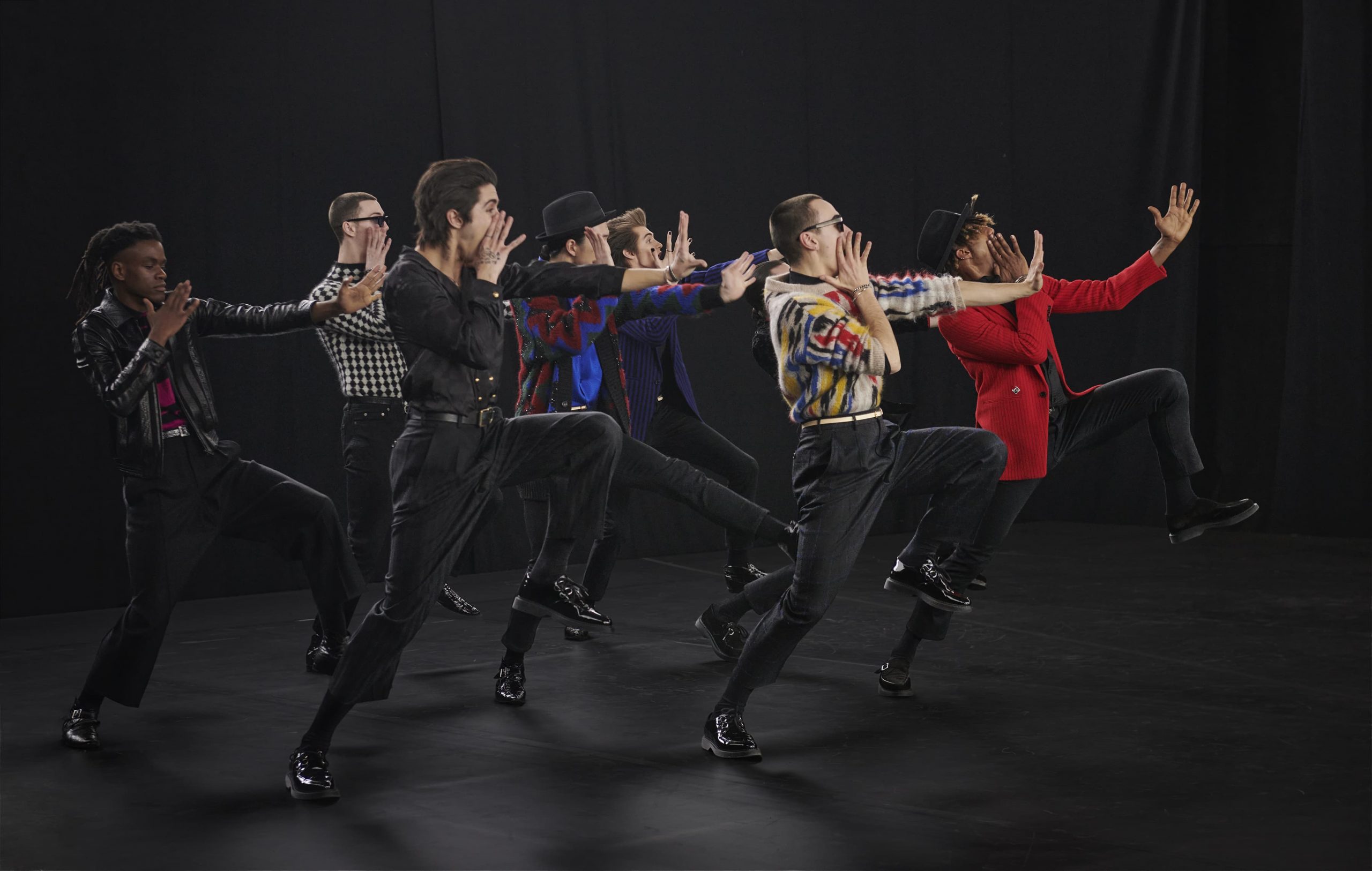 From hosting live music performances to collaborating with auteurs on experimental short films, Vaccarello has been making an exciting push in the past couple of seasons to expand the brand’s artistic ambitions. But even with this precedent, this campaign feels ambitious and out of nowhere – in the best way possible.

The choreography and style of the campaign is indebted to England’s northern soul scene of the early 1970’s. Centered around dancehalls in towns such as Wigan and Blackpool in Northern England, the music and dance style combined black American soul music of the 60’s with contemporary local subcultures like ska and mod. This season’s offerings of high-waisted slacks, glossy loafers, colorful sweaters, and tightly tailored jackets draw clear inspiration from this era, and form an excellent visual accompaniment to the film’s incredible dancing.

The choreography imbues iconic northern soul style with undertones of contemporary hip hop and campy showmanship. A mob of dancers exuberantly shuffle, twirl, kick, and spin to James Brown’s “Night Train.” The energy is electrifying as the dancers split off for solos and come back together, busting moves that feel frenzied and aggressively joyous, but always right on the beat. It’s confusing and a bit unfortunate that Saint Laurent hasn’t provided a credit for the choreographer, for they – along with their dancers, of course – are certainly the hero of the campaign.

Goude’s direction keeps things stripped-back and focused in order to train the spotlight firmly on the talented dancers. Throughout the film, they occupy a minimal black-box theater space – until the final moments, when they form up into a human train and burst out of the space to keep chugging along and take over the world.

The fun and energy of the campaign is uplifting, infectious, and undeniable, and its message seems clear: the groove can’t be stopped, and neither can Saint Laurent.