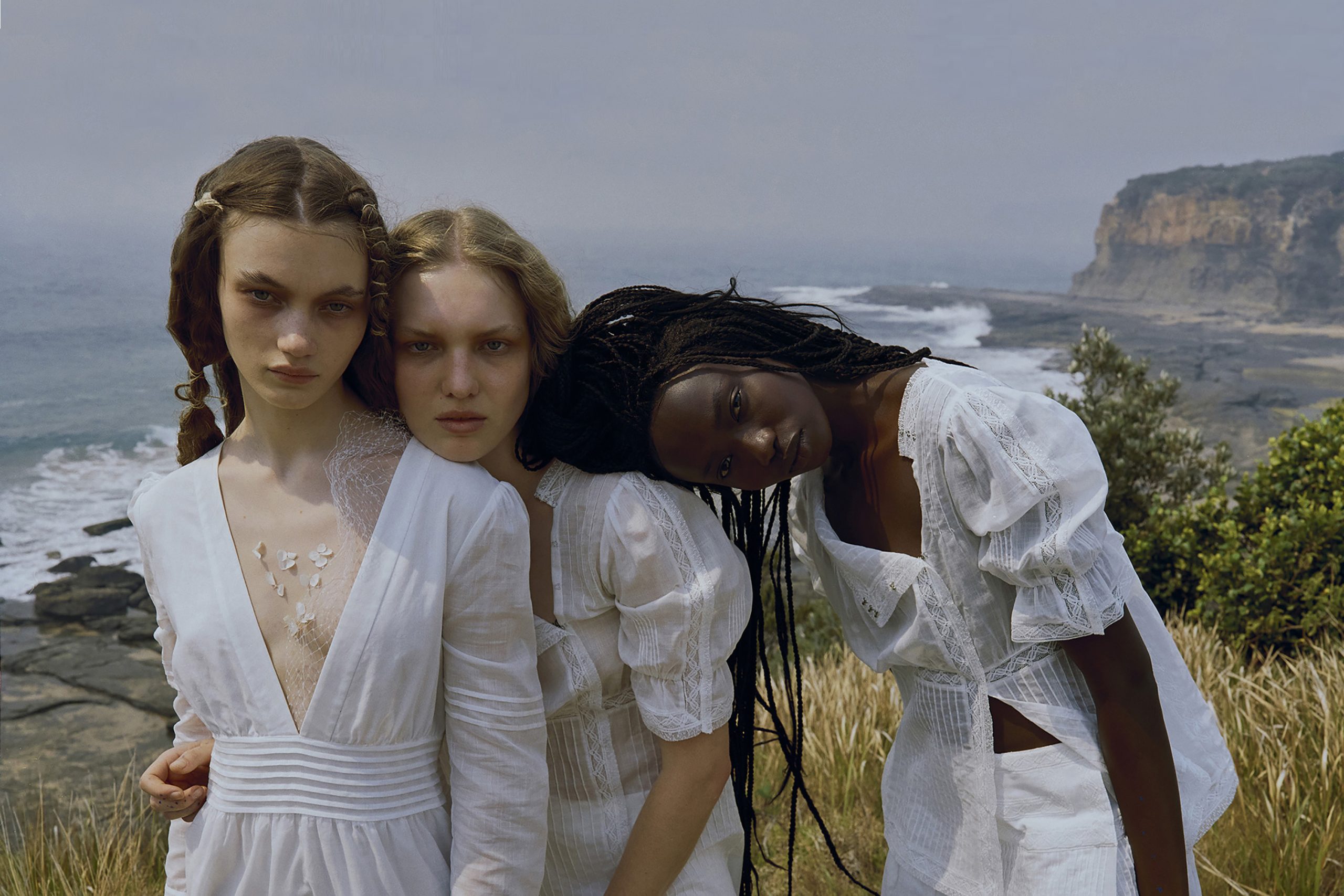 In the beginning, there was Sir…

The Sydney-based label imagines a new creation story in their latest campaign. With creative direction from Bruna Volpi, the Pre-Fall 2020 campaign goes back in time to when the world was new. The Earth has been reborn, and women step out into this brave new world to discover themselves and make it their own.

Played by models Agi Akur, Jess PW, and Grace, these primordial nymphs are the subject of a short film directed by Ribal Hosn. He captures them sensitively as they play along richly-colored and rugged cliff sides, exploring their bodies and the new world they inhabit. A voice coos softly over the film, retelling the Genesis story with an emphasis on the creative power of woman.

Photographs by Jake Terrey continue this feeling of freedom, ease, and beauty. Capturing his heroines in both color and black-and-white film, his compositions are harmonious and breathtaking. He makes brilliant use of the natural beauty of these seaside vistas, charging his gorgeous subjects with all the elemental power of nature. The images suggest a soft eroticism, yet they are also completely grounded in the sense of primordial innocence. It is thoroughly impressive how beautifully Terrey achieves this balance.

The simple beauty of the campaign belies all the hard work that must have gone into it. From Sir.’s exquisite designs to the film’s final edit, each element speaks and lends its voice to telling this simple and beautiful story. Its celebration of women as the prime movers of humanity feels especially important, and the emotional landscape behind this truth is conveyed vividly. Perhaps nothing is as beautiful as a new beginning, and we can’t wait to see where Sir. takes it.