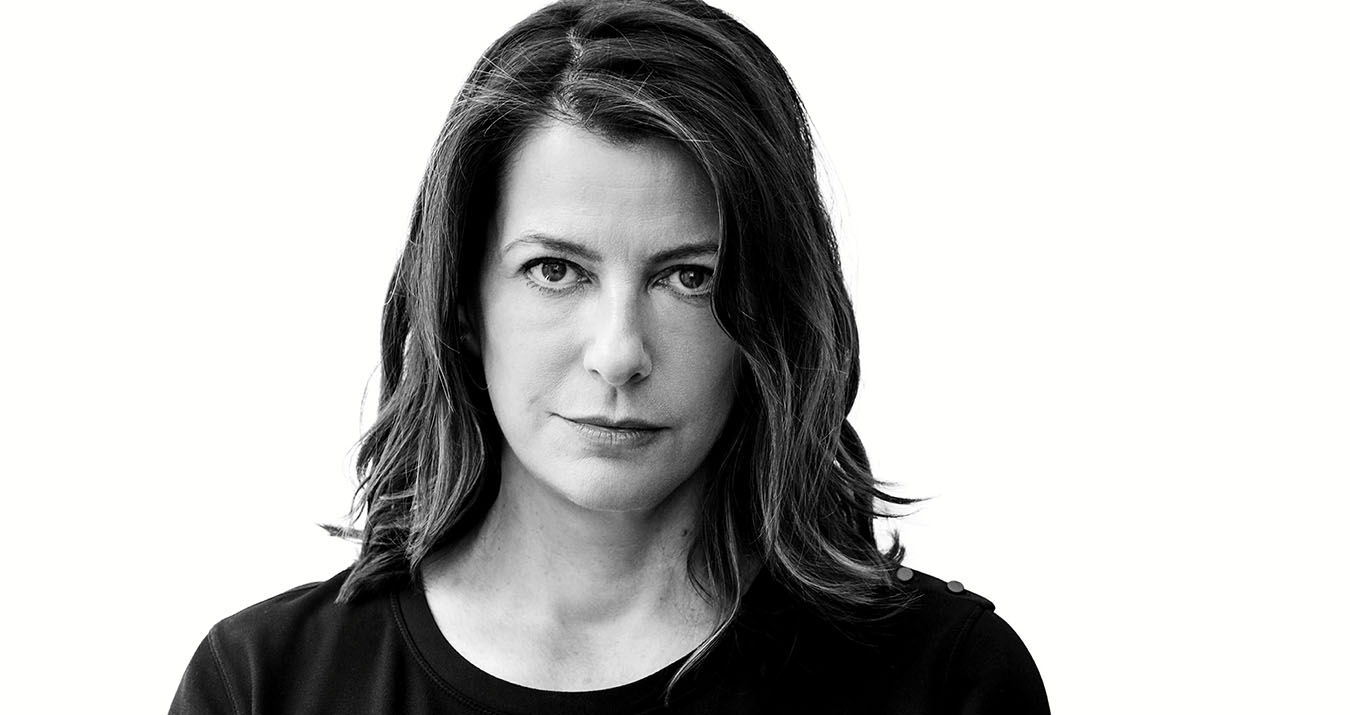 On the eve of another fashion month, Bridget Foley, WWD’s Executive Editor, sat with The Impression’s Kenneth Richard to talk about how she got her start, being a fashion critic, how fashion has changed and fashion’s most memorable shows.

Kenneth Richard: Bridget, great to see you and good luck on covering the next mont ion shows. How did you get your start int he industry to become a fashion critic?
Bridget Foley: Etta Froio hired me as WWD’s Fashion Market Editor for Junior Sportswear, a misnomer. I had some great young designers – Marc Jacobs, Isaac Mizrahi, David Cameron, Angel Estrada. If they had shows, I covered them. When Patrick McCarthy came back from Paris to become editor of the paper, I guess he liked what I did, because he’d have me go to some of the ‘majors’ with him.

At first, we’d discuss the show briefly, and Patrick would write it. Patrick is a fabulous fashion journalist and a brilliant writer. He could exit a show and have the lede crystallized in his mind before his foot hit the sidewalk. But he’s not a guy who swoons over a dress. So eventually, we’d go back to the office, he’d dictate an invariably witty, spot-on lede and then say, ‘Okay, you fill in the clothes.’

At the time, WWD’s reviews were unsigned, and contributing to the party line on the majors felt like a big deal. Dictation led to post-show discussion, after which I’d write the full review, and eventually, to writing on my own, sans discussion.

When I started going to Europe, I interacted with Mr. Fairchild more than in New York. He’d throw out some comment like, ‘Fashion nuns on holiday!’ or, ‘Dame Dowdy!’ while exiting a show. It took me about two shows to realize that these phrases were supposed to appear in print. So when Mr. Fairchild quipped, I’d work it in. The next day, after seeing his prose verbatim in the paper, he’d say, ‘Good review, Bridget.’

Kenneth Richard: Talk about straight shooters! You’ve seen quite a bit; how, in your view, has fashion changed over the past decade?
Bridget Foley: The most dramatic change permeating all aspects of our lives has been the digital revolution, no question.

For me, the biggest change in fashion is related to but also separate from that, something less measurable. Despite the influx of youth and celebrity and the obsession with social media, fashion today is far more corporate than it was 10 or 15 years ago. From the mid-90s or so through the mid-aughts, an explosive creativity pervaded fashion, dominating the proverbial ‘conversation.’ It was about the emotion of the clothes, the passions they triggered. That’s rare today. Now, the big brands focus on global reach, with a certain homogenization inherent therein, while many younger designers feel pressured to open doors in China before they’ve refined who they are as creators.

There’s something to be said for this new corporate mindset. For the most part, the fashion train runs on time. No one would tolerate a two-hour delay today; the ripple effect would be insurmountable – too many shows. But there’s a tradeoff. Creativity has suffered. While it once drove fashion, it now takes a back seat to brand-ambassador sightings and wear-now capsules. Luckily there are still those few, rare shows that leave us awed.

Kenneth Richard: On the digital front, how has the role of the critic evolved with the advent of social media and bloggers?
Bridget Foley: I think the role of the critic is in each reader’s perception. As a critic, I’m one voice among many. A reader may read me for one takeaway and a particular blogger for another. It’s very individual. Multiple perspectives enhance the fashion experience.

Kenneth Richard: So how about your own fashion experience? Can you ever look at clothes and not, in some way, review then in your mind?
Bridget Foley: Absolutely. Sunday morning at Starbucks on 96th & Madison: Judge not that ye shall not be judged.

Kenneth Richard: With all those shows under your belt, what was the most memorable show you have ever seen?
Bridget Foley: Several shows from a handful of designers will stay with me always, shows that resonated on an emotional level, many from the period I told you about. Yet this question does bring to mind a special show I saw many years ago, when I’d just started at WWD.

Angel Estrada was an extremely gifted young downtown designer who died way too young of AIDs. His specialty: provocative, hyper-constructed eveningwear, all boned and corseted. I recall black full-skirted dresses over deep-hued petticoats, the look, haute goth saloon girl, impeccably rendered. There was this one show – it may have been at the Pucci mannequin factory – when Angel wasn’t ready. He really wasn’t ready. His sister Virginia arrived with the clothes well after the show’s called start time – and had to roll the rack in front of the seated audience. Nobody minded. It was exquisite, and worth waiting for.