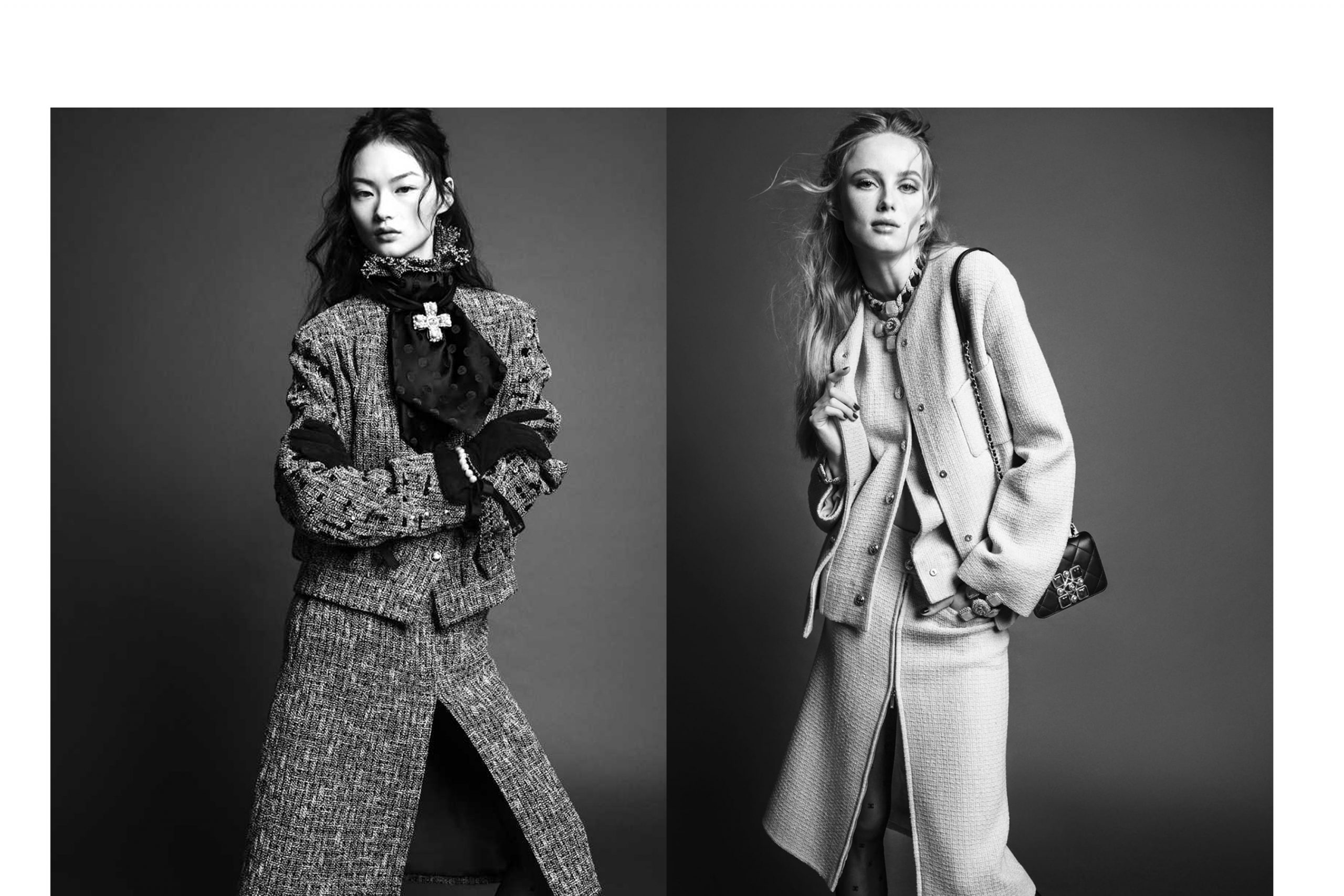 Taking over for Karl Lagerfeld is, to say the least, no small task. Not only was he one of the world’s most talented and visionary designers, but he was also probably its most beloved. But Viard, unafraid to explore her own vision for the house, is stepping out of his shadow to shine on her own. Finding her own voice, her designs seem to embody a more youthful and energetic femininity. While maintaining the house’s classic upscale French elegance, she is unafraid to experiment with proportion or incorporate unexpected elements, such as this season’s pirate-like pieces.

The creative team behind the campaign make the smart decision of keeping things quite simple in order to put the spotlight on Viard’s work.

Inez and Vinoodh capture the models – each of whom walked in the runway show – as they assume expressive and assertive poses in simple black-and-white portraiture. The short film, created by Guillaume Delaperriere, adds color, music, and motion to these images, emphasizing the collection’s many beautiful details. It also echoes a theme from the runway show, that of putting two women, two looks, in conversation with each other.