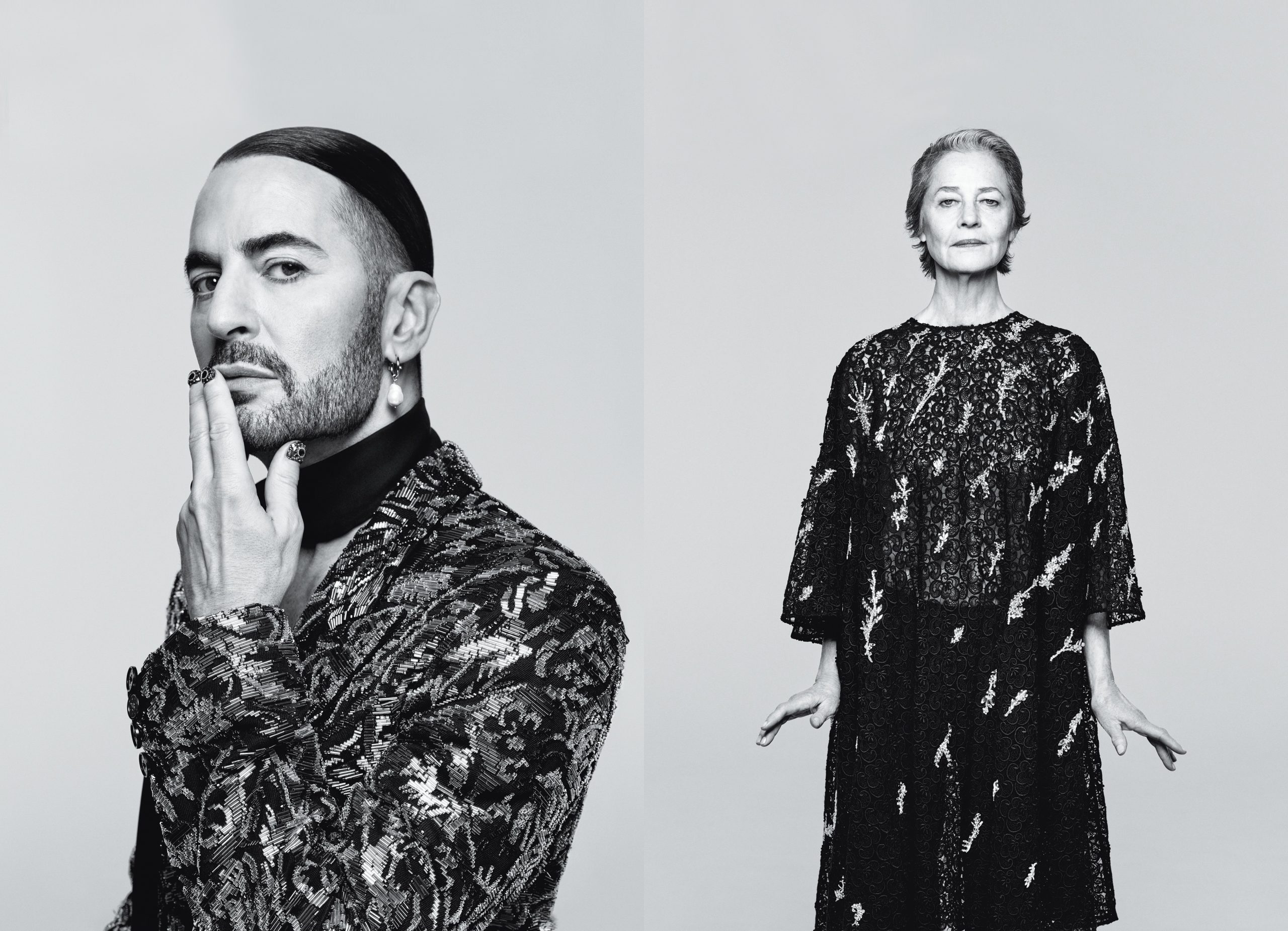 The House of Givenchy has released a Summer 2020 advertising campaign with the delicious pairing of Marc Jacobs and Charlotte Rampling. Rampling’s restraint and inscrutability are ideal foils for Jacobs’ over-the-top enthusiasm; their interactions are neatly packaged in a two-minute film and photography by Craig McDean, under the guidance of Givenchy Artistic Director Clare Waight Keller.

How can I describe my feelings about seeing these extraordinary legendary figures in the Givenchy campaign, both of whom I admire so very much. Firstly for their undoubted originality and talent in fashion and film, amazing passion in everything they do, a fantastic sense of humour and intelligence, they are true icons…I am honoured and thrilled they have become part of my journey at this beautiful Maison. They captured the brilliant mix of attitudes and spirit that is Paris and New York the two sides to my Summer Collection.

The campaign’s film, in which Charlotte Rampling gives Marc Jacobs an acting lesson and tries to tone down his campy delivery, was pre-emptively complimented by three teasers on Instagram. The film teasers built anticipation by becoming increasingly audacious as they went along. The first teaser hinted at the upcoming acting lesson with Jacobs exclaiming “I am Charlotte Rampling”, and then Rampling responding with a perfectly lip-synced overdub of Jacobs’ deep voice saying “I am Marc Jacobs”. The second (and best) teaser features Jacobs proclaiming “You’re Charlotte Rampling, you’re Charlotte Rampling, and you’re Charlotte Rampling” as if he’s chastising her with a list of insults… and then she promptly slaps him into submission. The third teaser shows the pair mimicking each other’s names and then calling out different variations such as “Marc Rampling” with increasing vigor, until they get tongue-tied and Jacobs inexplicably shouts “lamb chops” at the end.

Kudos to Givenchy, Rampling and Jacobs for infusing their campaign with stylish humor. Yet what truly sets the campaign apart is the way it seems to promote the importance of collaboration, and being a team player. Though the Givenchy and Marc Jacobs brands are both owned by the same parent company LVMH, it is still rare for one designer to star in the campaign for another designer’s collection; Givenchy has done this once before, casting Donatella Versace in a 2015 campaign under the creative direction of Ricardo Tisci. Nevertheless, the team-player mentality seems even more genuine here because Jacobs already has a reputation for championing other designers – frequently wearing Celine, Balenciaga, Gucci, Rick Owens and others. Of course it makes good business sense for houses under the same parent company to work together. However, Jacobs takes it a step further by advocating for so many other designers’ work in his personal life…and this is the mentality that is necessary to be successful in this era of economic globalization. In order for the world to overcome its global challenges, everyone needs to work together for the common good.