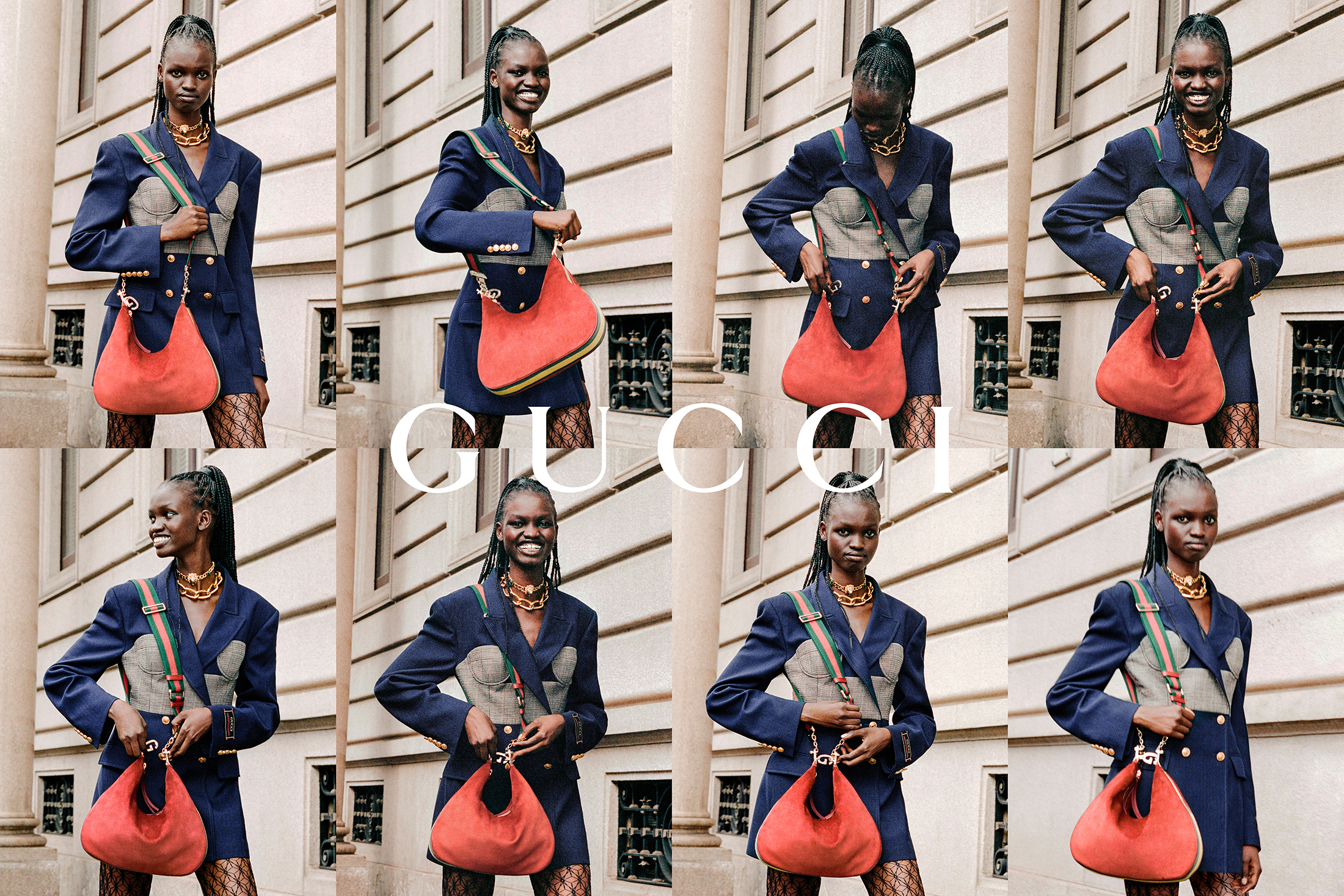 Creative Director Alessandro Michele draws inspiration from the Archive to recreate a piece of contemporary design, reinterpreting tradition and House codes while transporting a silhouette evocative of the 1970s into the present in the House’s latest handbag line.

Art Director and photographer Max Siedentopf shot the campaign against a metropolitan backdrop. The scene emphasizes the underlining references to glam-utility, reinforcing the intriguing constructs behind a culture based on appearance and practicality. It is these two elements that create a desire for beauty.

I was fascinated by the bag after having laid upon it a casual and fleeting glance while I was in the archive… Immediately, a desire took shape to reinterpret it and include it in the Love Parade collection for the fashion show in Los Angeles because its silhouette, typical of the Seventies, projects a very modern attitude that convinced me to draw out an eclectic symbol that could express the idea of a dual function. It is its G-shaped clasp detail, with its mechanical origin, that makes it the joining link between a bourgeois spirit, typical of an object of this kind, and the functionality of the world of utility”

Gucci Attache reinterprets tradition and House codes while transporting the 70’s inspired silhouette into the present. The House has created a narrative for the campaign that operates outside the confines of gender. The piece emulates a contemporary attitude centered around the revival of historical house codes without subscribing to antiquated values.