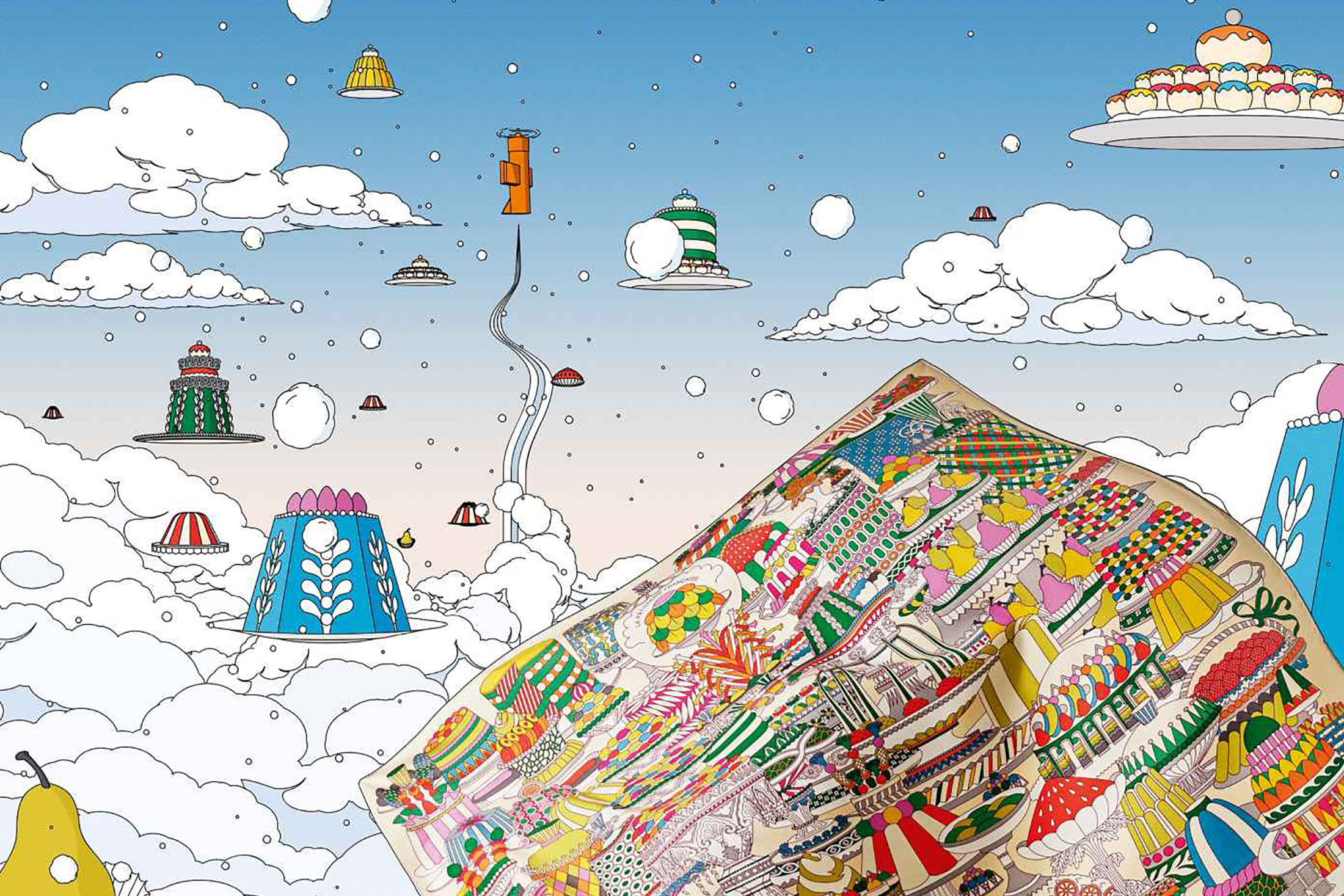 ès evokes holiday magic with an animated ad campaign full of playful, lighthearted whimsy with the houses’ ‘The Land of Dreams’ recent campaign to showcase their seasonal giftables.

The ad campaign’s film utilizes 3-D imagery of computer-generated belts, neck-ties, scarves, shoes and other accessories tumbling through an illustrative, comic-book-like dreamscape. A hat box turns into a car, and then a train, a plane, a skateboard, and a space ship, as it takes the viewer on a journey through perfectly round snowflakes, and a cornucopia of gift-ables. ‘The Land of Dreams’ is populated with a mildly hallucinogenic mix of elements, some appearing to be hand-drawn, juxtaposed with the Hermès-branded items which realistically rendered with texture and shine. Kaleidoscopic cakes, whirling rings of Saturn, shoes floating on clouds, and futuristic glass buildings float by, culminating with a bright orange sign that reads ‘gift me a dream…’ A fitting tag line, as it is Hermès who has gifted a dream with their thoroughly enjoyable ad campaign – presenting toys for adults in a way that successfully conjures up child-like feelings of wonder.