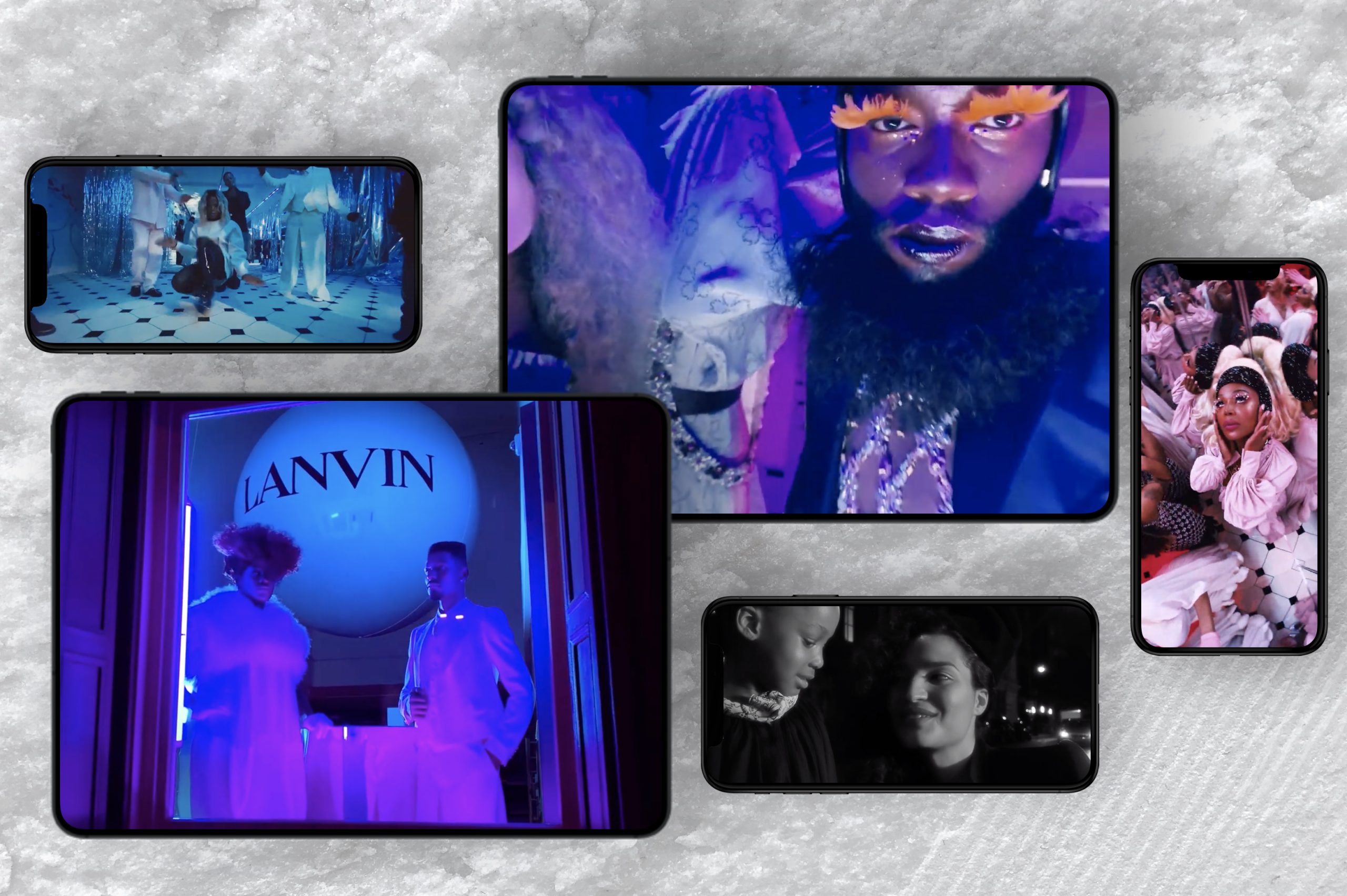 Lanvin heralds the beginning of their ongoing partnership with The House of Xclusive-Lanvin, an NYC-based ballroom house which takes its name from the Parisian maison. As the first ever collaboration between a ballroom house and a fashion house, the announcement is tremendously exciting.

Ball culture has its origins in New York City in the late 19th century, where LGBTQ communities held drag ball events as a direct challenge to legislation which forbade men to wear clothes traditionally worn by women, and vice-versa. These shows were integrated, but were plagued with racism, as only white people were allowed to serve as judges. In the early 20th century, Black and Latino members of the LGBTQ community began to host their own balls, which evolved into ballroom culture as we know it today.

Houses function as families for young Black and Latino people who may be outcast from their “real” families. Each house is led by a Mother who looks after the members and oversees their entry into ballroom competitions. It is this figure of the mother which forms the intersection of the two houses Lanvin, and is beautifully realized in the first chapter of the collaboration, a short film titled “La Mère et L’enfant.”

Seeing the House of Xclusive-Lanvin recalls Lanvin’s origin to me as its founder Jeanne Lanvin created and then built an empire in the 1920’s and 30’s for the love of Marguerite, her only child. There is a fascination to understand and feel how a “mother” can create a system beyond herself to offer a world to her “children,” to push back limits and protect a space where expression becomes everything, allowing all possibilities. Today, this is the deep notion of motherhood, not etymologically but philosophically.

The film is set at the Lanvin boutique in New York City and stars 25 members of the House of Xclusive-Lanvin, as well as actor, model, and activist Indya Moore, who stars in Pose, a television series which spotlights ballroom culture. The film brings to life the key elements of ballroom competition, showcasing Face, Body, Fashion, Runway, and Voguing. The myriad talents of the house are on display behind the scenes as well, as they contributed the vision for hair and makeup design, as well as styling, which features head-to-toe looks from Lanvin’s Fall/Winter 2020 collection. Miley Cyrus’ recent 80’s inspired hit “Midnight Sky,” which celebrates unabashed free love, feels like a meaningful musical choice.

In addition to being an exciting first for the industry, the collaboration is deeply important as a highly visible celebration of a vital intersectional community. Through years of hard work, these queer artists of color have caught the eye of one of the biggest houses in fashion, creating an unprecedented collaborative project, and are celebrating this feat with a fiercely beautiful depiction of the meaning of motherhood and family.