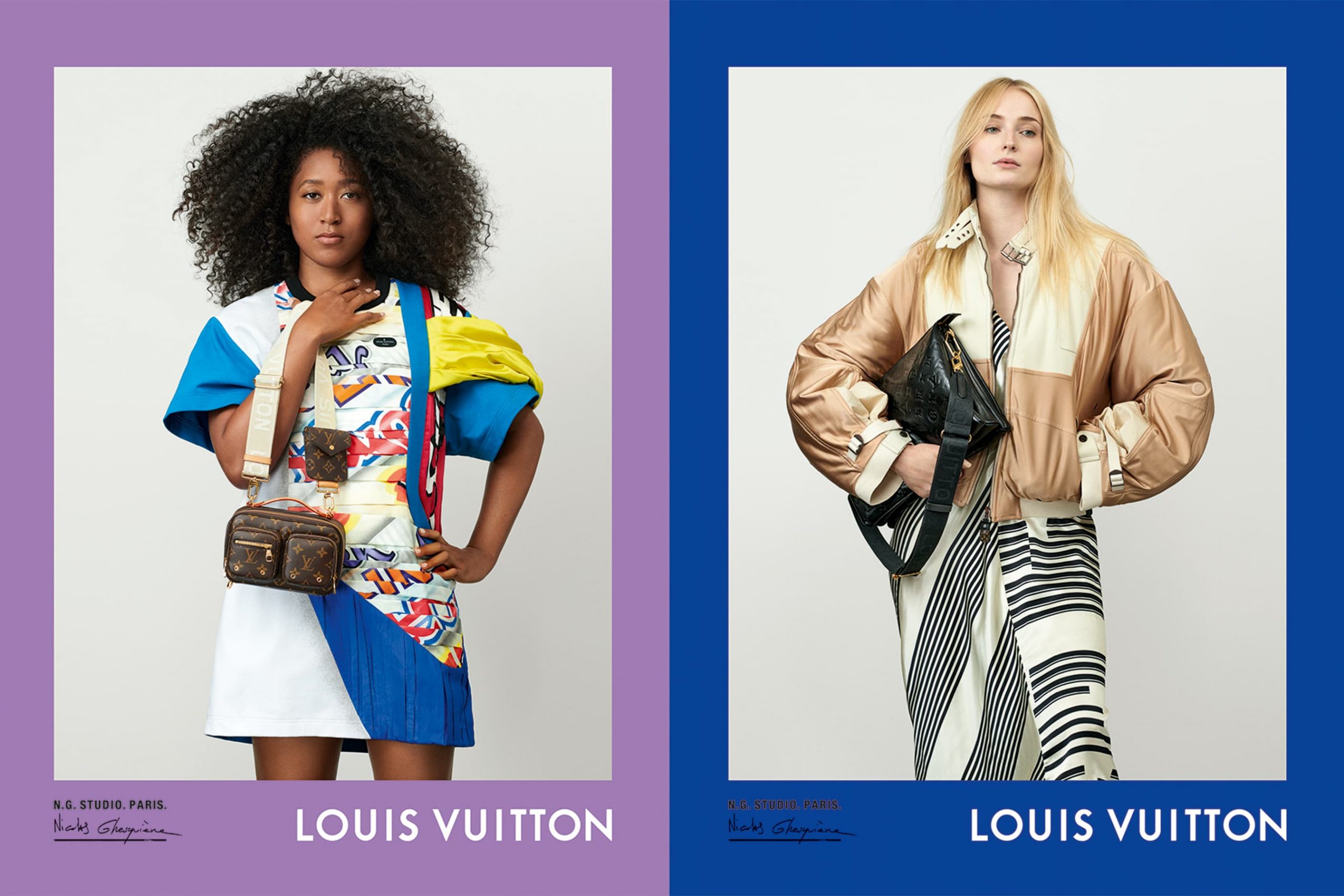 Nicolas Ghesquière celebrates his latest release for Louis Vuitton with a striking and colorful series of portraits.

Stepping once again into the role of photographer, Ghesquière lenses his Spring 2021 collection on a range of talented friends and collaborators – including the newest Louis Vuitton ambassador, tennis champion Naomi Osaka. He captures them in simple studio portraiture, letting both the uniquely structural aspects of his designs and his models’ character and mood shine through. Each image is framed with a solid square of bright color, emphasizing the elements of personality.

Though it is ostensibly a womenswear collection, we are happy to see Ghesquière continue to highlight non-binary possibilities by bringing in some men as well. Not only is the idea of gendered handbags being beautifully deconstructed, but also that of gendered fashion and self-expression in general.

The campaign fits into a wider push by Ghesquière to position himself not just as the house’s designer of women’s collections, but as a consistent and recognizable creative visionary – perhaps something akin to the status his counterpart Virgil Abloh enjoys. Photographing his collections at his own studio and finishing each image off with his signature, he shows himself to be in deft control of his own creative world. But he matches his talent with an impressive humility, keeping things simple to let the strength of his work, and the friendships he maintains, speak for themselves.