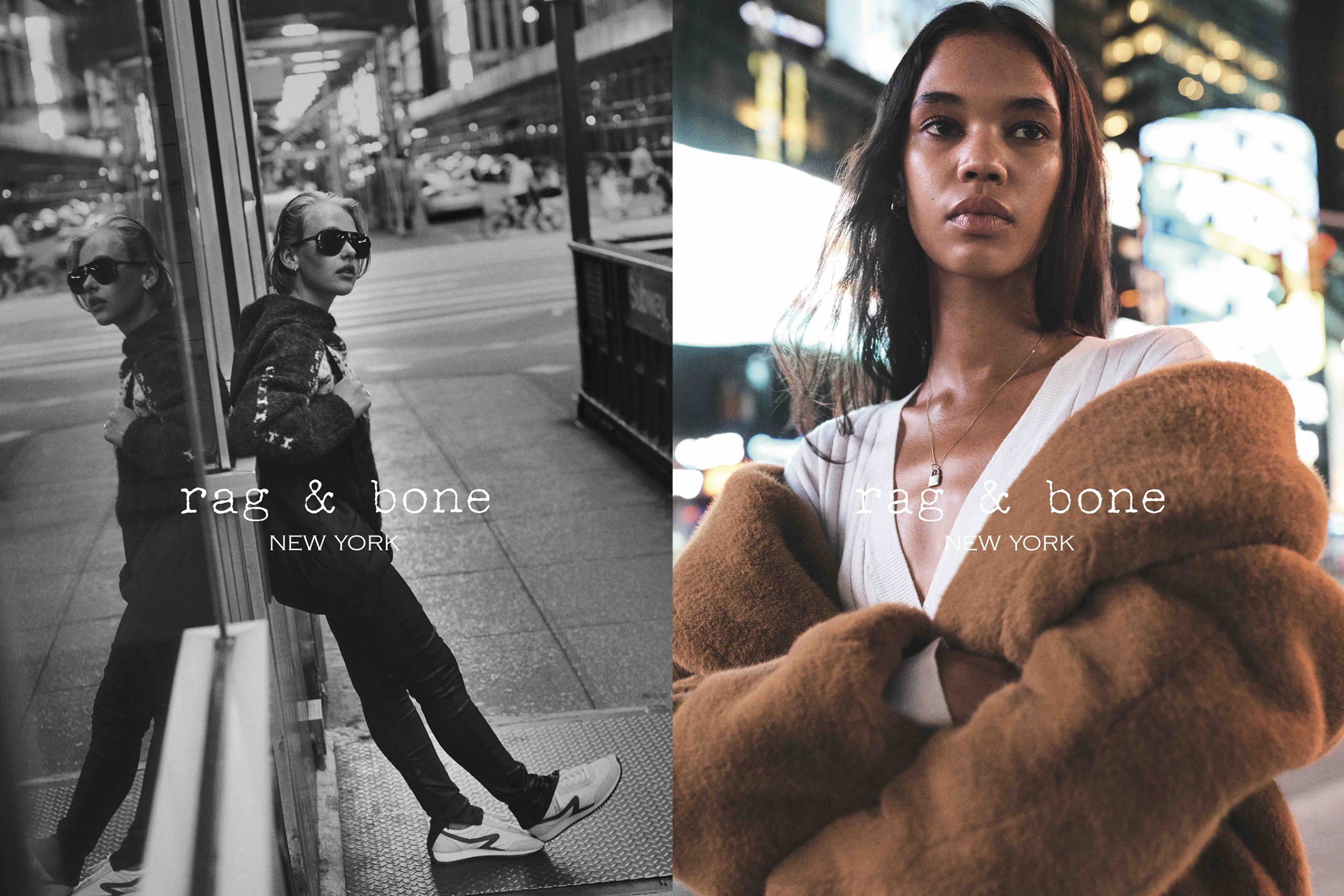 rag & bone introduces “A New York Story”, the brand’s Fall 2020 ad campaign that celebrates the enduring appeal and resilience of “the city that never sleeps”.

Photographed by Josh Olins with an unfiltered version of NYC as the backdrop, talents Jordan Daniels, Adjua Johson, Jabari Johnson, Tia Jonsson, Dien Kim, Keith William Richards, and Debra Shaw traipse about via car, subway, or on foot, in a visual love-letter to the Big Apple.

New York is our home and we wanted to celebrate the individuality and authenticity that’s rooted in this awesome city.

Through an ad-mixture of black-and-white and color photography, the campaign captures the stylish dynamism and diversity that has made NYC a favorite melting pot for artists and bohemians for generation after generation, from Bob Dylan to Alicia Keys, and Andy Warhol to Jean-Michel Basquiat. The campaign film is shot with a documentary-style aesthetic and a soundtrack of electric guitar, simultaneously piquing one’s interest about the eclectic cast of characters, and leaving one longing for a carefree day to wander about the city post-pandemic. Here’s hoping that day comes sooner than later, and in the meantime we can enjoy this campaign’s little taste of the big city.