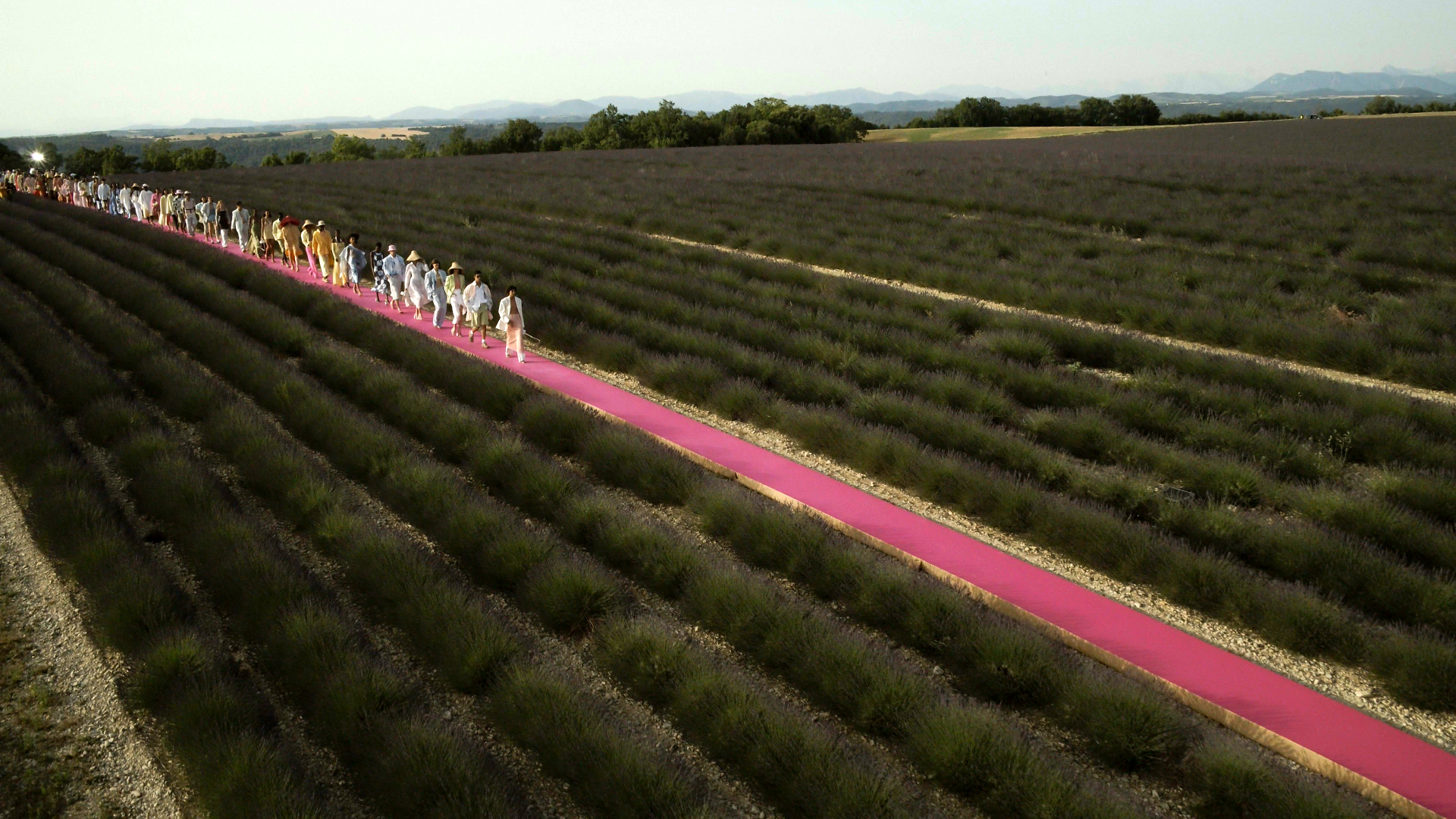 With another wave of seasonal men’s and couture shows behind us, the nomadic tribe of models, PR professionals, editors, influencers, and show producers shift into a different gear between show seasons. Many have their eyes on the future planning the next wave of excitement, including frontman of Bureau Betak, Alexandre de Betak. However, this past season was full of iconic moments, many of them due to Betak and his team’s stellar work. Before letting them drift too far in the tides of memories, we asked the Bureau Betak leader to share how a few of his firm’s spectacular productions came about.

Keeping with our tradition of amazing locations for Anthony Vaccarello’s Saint Laurent, with a simple and minimal yet grand gesture within it, just this time more organic, light-handed and respectful of its environment, ie. just a simple reclaimed wood boardwalk, and a line of lights… again perfectly timed with the sun, and so that the tide would just almost touch the runway at its highest at the end of .

With Alessandro Sartori’s Ermenegildo Zegna, we continue to share with the audience majestic unknown modern and industrial architectural treasures of Milan, this time a gigantic abandoned steel factory, within which we created piles of rocks rumbles from where came small explosions creating white smoke clouds, leading the audience to simple platforms for the boys to stand on, out of this long black sand runway infinitely piercing thru towers of mirrors.

An always immersive installation for Raf Simons, inspired by his collection’s own inspiration, this time a dystopian scientific laboratory, in a futuristic giant bubble-like building.

The simplest, yet longest and most effective ever runway: 500m (1800 feet) long bright pink line in the infinity of the lavender fields of Simon’s homeland Provence… no light, just a little sound, a perfect sunset, no environmental impact for the probably most impactful anniversary show ever!

To interpret Ulyana’s dream glamorous couture circus, we draped the modern Palais de Tokyo in velvet, bathed in red light, and covered the carpet with close to 100 lbs of pink sparkles.

For Maria Grazia’s wish to honour one last time the famed Avenue Montaigne ateliers, we let this giant tree take over the grand staircase and covered floor to ceiling the salons with her dream collages in collaboration with artist Penny Slinger.