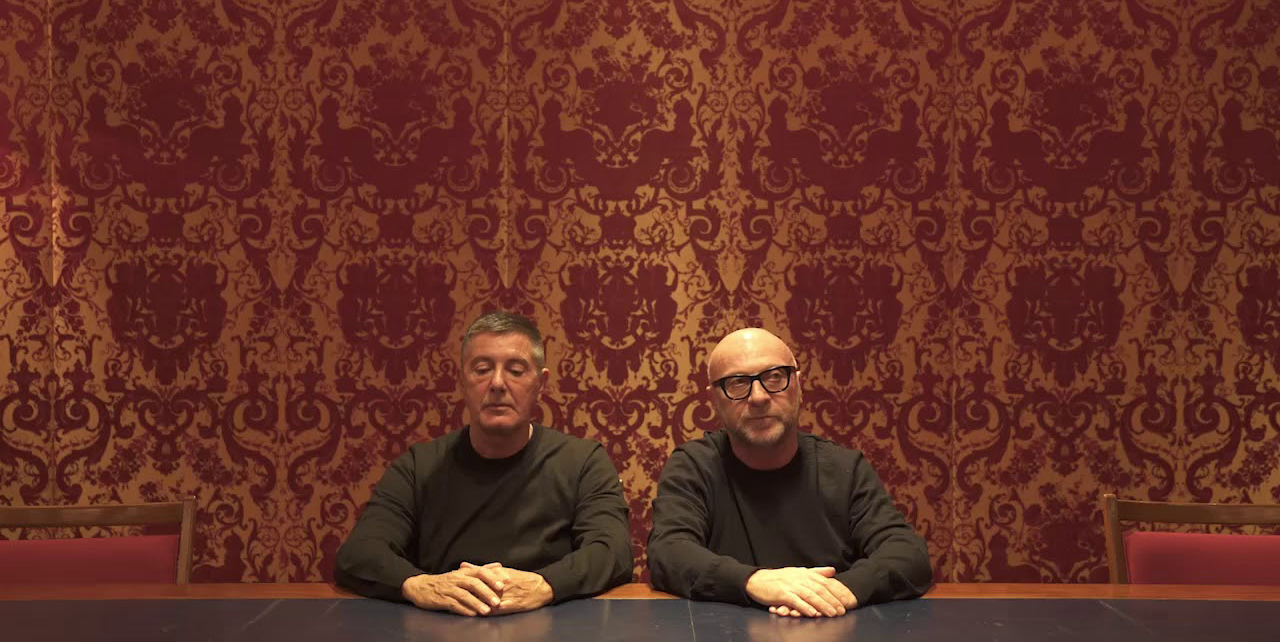 Dolce and Gabbana | Issue an Apology to China

The design duo of Dolce & Gabbana has posted a video apology on their brands YouTube channel after an intense public outcry from many Chinese celebrities and the fashion industry resulted in a number of e-commerce sites, including Net-a-Porter, announcing they will no longer carry the label.

The outcry occurred following a controversial series of videos and offensive Instagram messages, allegedly sent by co-founder Stefano Gabbana. The three 40-second video spots were created to promote “The Great Show,”  a major runway show the house had planned in Shanghai last Wednesday. In the first spot a Chinese model in a sequined red dress attempted to eat a pizza with chopsticks. The soundtrack featured stereotypical Chinese music, before a narrator offered patronizing advice such as “don’t attempt to use the chopsticks as knives” and “just use your chopsticks like pliers.” The series continued with spaghetti and a cannoli with the narrator talking about ‘how big’ the cannoli was.

The spots caused a social media storm with the house being labeled ‘tasteless,’ ‘vulgar’ and ‘culturally insensitive.’ Many celebrities who were scheduled to attend the show canceled, and modeling agency China Bentley announced that 24 of its models were pulling out over the controversy; resulting in Dolce & Gabbana ‘postponing’ the Shanghai fashion show.

The situation quickly escalated when direct messages from Stefano Gabbana’s Instagram account responded to the cancelation by calling the Chinese “Ignorant Dirty Smelling Mafia” and adding “From now on in all the interviews that I will do international I will say that the country of [shit emoji] is China”.  The house quickly announced, “Our Instagram account has been hacked. So has the account of Stefano Gabbana. Our legal office is urgently investigating.”

The pair took to YouTube and Weibo to offer a video apology and ask for forgiveness before signing off with “Sorry” in Mandarin.

In 2017 the Asia Pacific (excluding Japan) represented 27% of Kering’s overall sales which serves as a benchmark to how much is at stake. McKinsey expects incremental spend from existing Chinese customers to account for 60 percent of the next 10 years of growth of the luxury sector. Dolce & Gabanna sales are expected to pass 1.3 billion euros this year, at 30% that is a cool 400 million euros at risk.

It is a rare moment for the fashion industry where a marketing ploy has resulted in a public appeal from the designers to ask for forgiveness to being insensitive. A formal apology is a good place to start for the design duo but once an impression sets in, it is difficult to overcome, and the pair have a steep hill to climb to gain back trust.

It is a reminder that the power is in the masses hands who control the megaphone of social today.

More importantly it speaks to the responsibilities of brands to be a force for positivity, compassion, empathy and respect. These videos passed countless hands before being released. A hand should have been raised calling out their insensitive nature long before even being filmed. As leaders, we all need to create environments where those hands are comfortable being held high, otherwise, heads will be hung low.