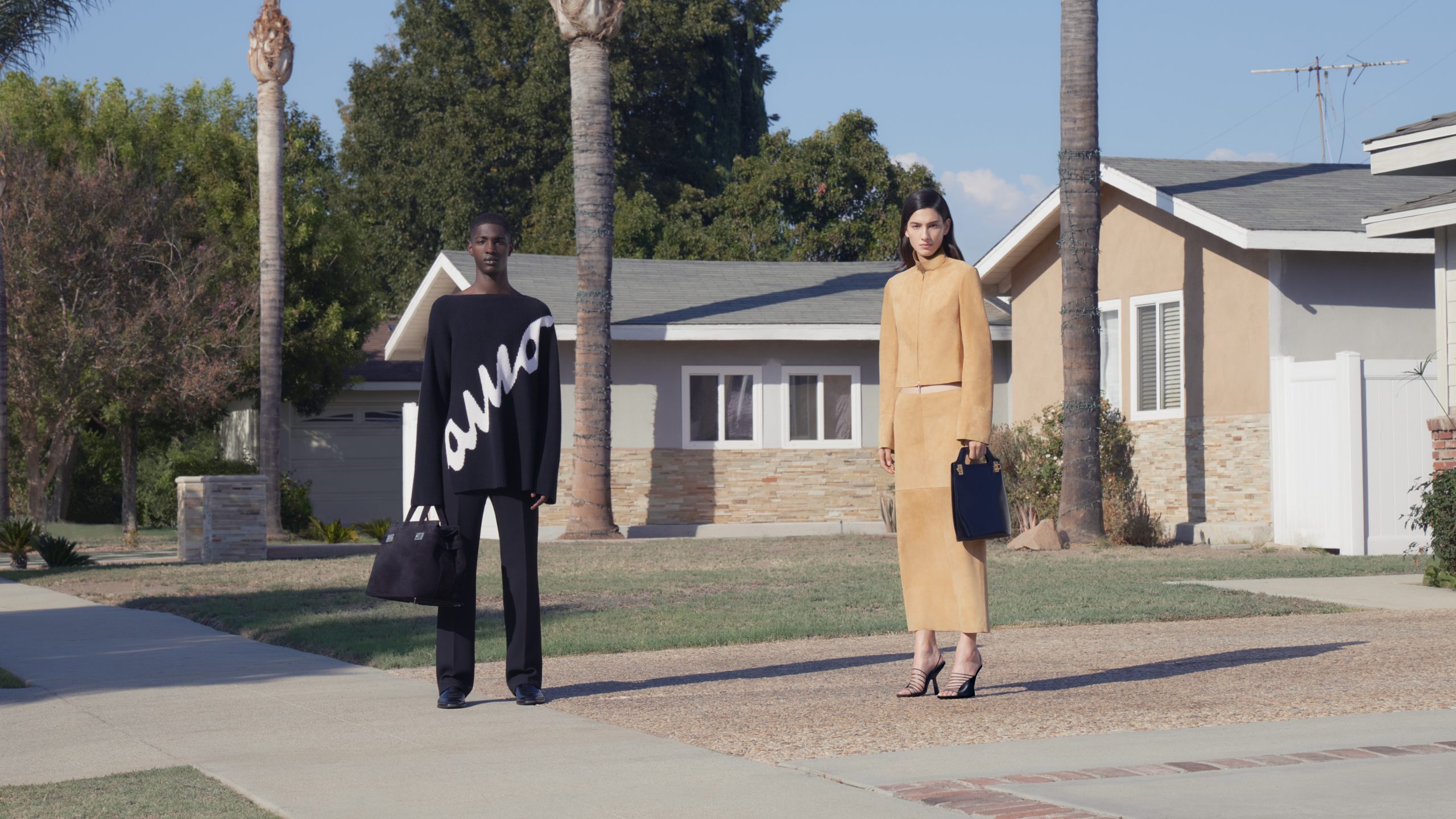 For one month only during November, Ferragamo has made an edited preview of Davis’ debut collection for the house available to purchase ahead of its official Spring Summer 2023 release. Reflecting the themes of the designer’s first Milan runway show – its beachfront palette and languid elegance, its fresh perspective and modern glamor – the edit offers an exclusive first look at Davis’ vision.

I wanted to pay tribute to Salvatore’s start by bringing in the culture of Hollywood – but new Hollywood. Its ease and sensuality; its sunset and sunrise.”

Reflecting this inspiration, the campaign imagery takes the hills and suburbs of Hollywood as its backdrop. But rather than play into idealism and glamor, the perspective on these locales feels surprisingly straightforward, almost nondescript. Instead, the spirit of sparkle and elegance is present in the collection alone. Under the full glare of the California sun, the models stand stoically, while Davis’ designs themselves attest to the legacy of designing for Hollywood’s biggest stars that Salvatore Ferragamo began.

Three accompanying short videos take a similar approach. The models stand still while the camera slowly moves around them, taking in with clarity the details and refinement of the designs, while the sound design eschews music in favor of the potent naturalism of the sounds of wind, birdsong, or distant cars.

After a bit of uncertain territory that led up to his appointment, Ferragamo is understandably excited and eager to step wholly into the era of Maximilian Davis. The limited pre-release format is a smart way to speed this transition along and begin to reap the benefits of the exciting creative partnership. While its imagery isn’t as strong or interesting as what we hope the creative director’s full seasonal campaign debut will be, it is a focused way to herald the arrival of his first collection in stores.