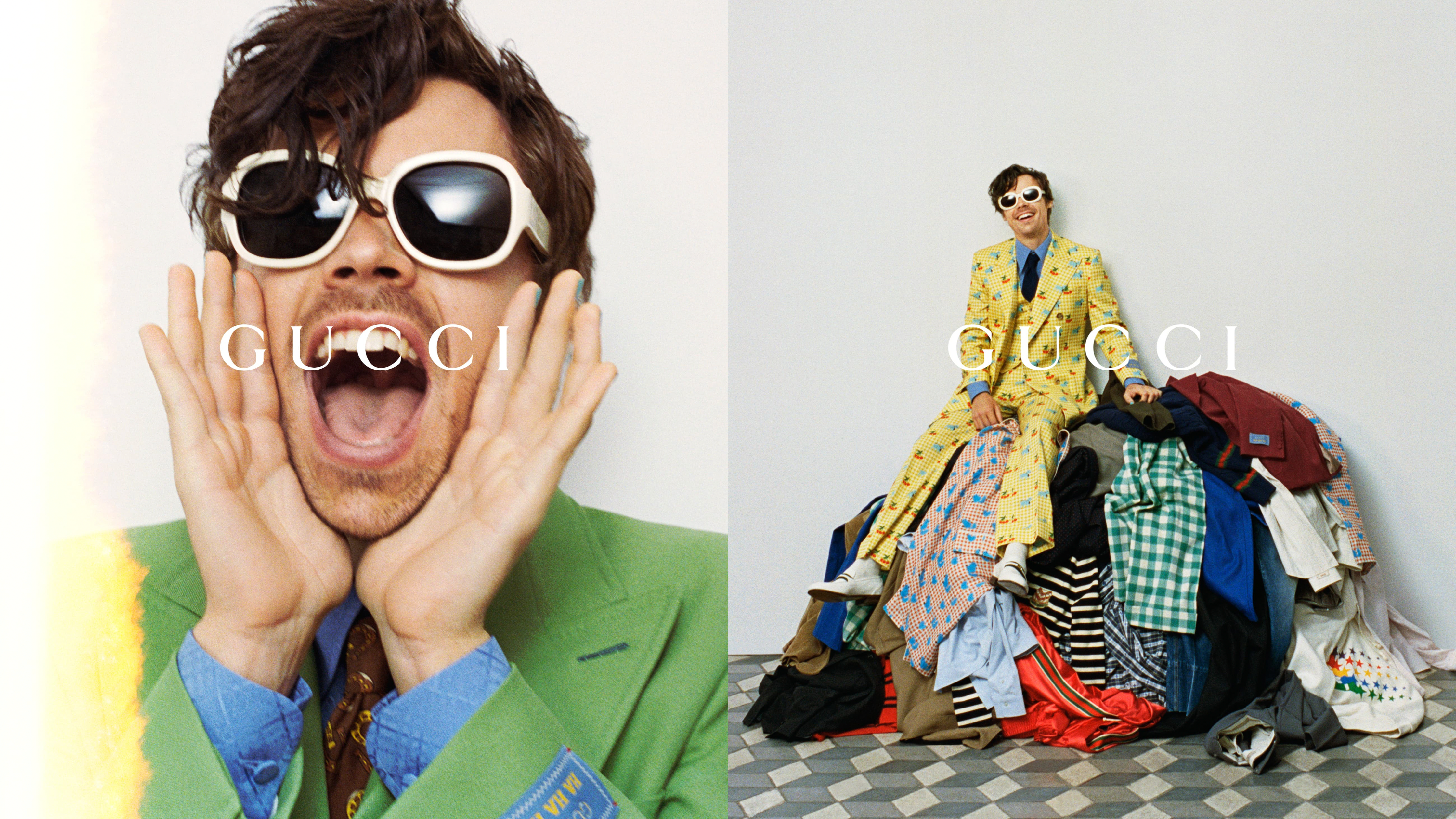 As Styles has appeared in Gucci campaigns before, has a closet full of pieces from the iconic house, and is friends with Michele, the HA HA HA collection feels like a natural extension of their creative partnership and friendship – two sides of the same coin which seem hard to separate. The collection infuses Styles’ quirky and sometimes subversive take on menswear in his personal style with Simmonds’ mastery of the retro, reconsidering recognizable men’s staples through the decades with a contemporary twist.

Borthwick’s imagery pares things back to let Styles’ irrepressible personality do its thing. The film and photographs transform the daily ritual of dressing and putting together outfits into a sort of performance art. The sense of the everyday suggested by simple set pieces like chairs, sofas, and a potted tree is overturned by the styling’s whimsical reconstruction of typical men’s dressing, as well as Harry’s childlike energy.

While the partnership with Styles is another affirmation of Michele’s prowess in the who, what, and when of leveraging cultural talking points, as well as a certified money-maker considering the singer’s legions of devoted fans, it also offers a personal new perspective in his ongoing mission to challenge the homogenization of dressing – particularly men’s dressing – and open our eyes to weirder and more wonderful possibilities. Tapping into a distinct style persona to subvert the quotidian formula of masculine dressing, the campaign is a focused expression of that mission.