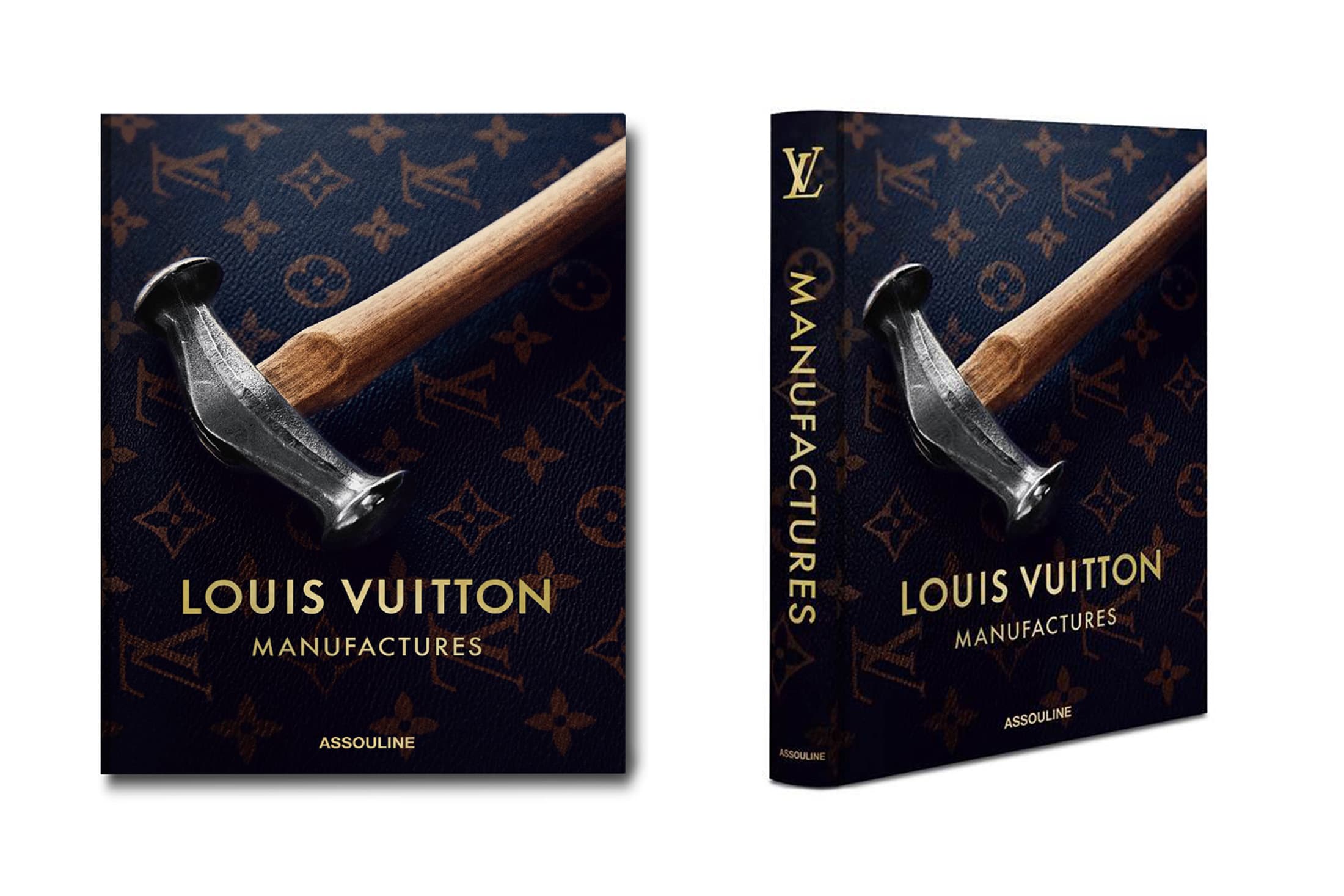 Fundamentally, it’s not about luggage, it’s about innovation.”

In February 2022, Assouline will publish “Louis Vuitton Manufactures,” an exclusive book showcasing the ateliers of Louis Vuitton and the artisans who create the Maison’s exceptional pieces.

Louis Vuitton fosters the idea that an atelier can be a place of fulfillment and individuality. A place where savoir-faire can be learned, respected, and transmitted – and innovation nurtured – by artisans who routinely challenge the image of a traditional workshop.

In pursuit of regional expertise and artisanal excellence, Louis Vuitton’s ateliers span the length and breadth of France and beyond, from Geneva (Switzerland), to Fiesso d’Artico (Italy) and even Texas (USA). Sites of historic interest or outstanding natural beauty will often have a Louis Vuitton workshop nearby. For example, in Normandy, the sea-girt fastness of Mont Saint Michel can be seen from the workshop at Ducey, and in Beaulieu-sur-Layon, the maison runs a light-flooded facility promises low environmental impact.

Featuring photographs commissioned exclusively for the book, the volume showcases the extraordinary locations and buildings of Louis Vuitton’s ateliers, and the equally extraordinary artisans who express their talent through Louis Vuitton’s creations (trunks, bags, fragrances, watches, shoes, high jewellery and ready-to-wear). It is to these ateliers and the inspiring people who work there to whom the book is dedicated.

The introduction was written by Nicholas Foulkes, the author, historian and journalist who is a contributing editor to Vanity Fair, Financial Times How to Spend It and The Rake Magazine, and luxury editor of British GQ. Best known for his trilogy of nineteenth-century British histories, Last of the Dandies, Dancing into Battle, and Gentlemen and Blackguards, he has published around thirty books on history, the arts and style. Among his recent works are a biography of the painter Bernard Buffet (Random House) and Time Tamed, a history of mankind’s calibration of time from the Palaeolithic era to the moon landings (Simon & Schuster). His other books for Assouline include Bals: Legendary Costume Balls of the Twentieth Century (2011); Swans: Legends of the Jet Society (2013); The Impossible Collection of Watches (2014) and Jaeger-LeCoultre Reverso (2020).