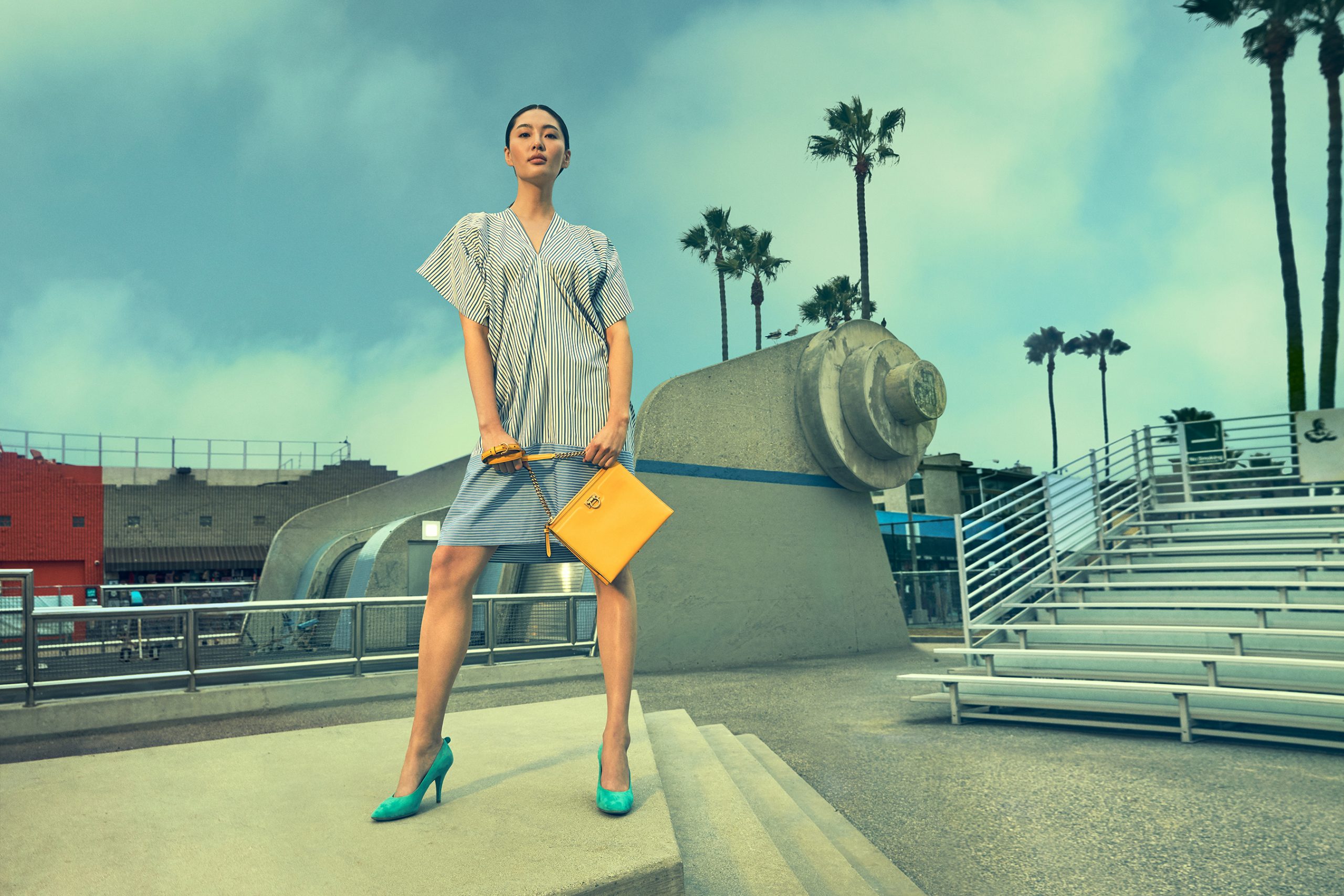 The concept for the campaign builds upon the brand’s Hollywood history; Salvatore Ferragamo opened his first store in Santa Barbara, California, in 1923 and called it the “Hollywood Boot Shop”. Soon he was receiving commissions from costume departments, and made shoes for movie stars such as Greta Garbo, Marlene Dietrich, Bette Davis, Rita Hayworth, Marilyn Monroe, Audrey Hepburn, Lauren Bacall and more. Subsequently, the campaign’s title “Rising in Hollywood” was inspired by Ferragamo’s unique relationship to the golden age of cinema, and carries on the brand’s tradition of dressing Hollywood women in this new age of streaming and digital video.

The short films capture an aesthetic that is quintessentially LA: spacious, clean and modern, with sunlight so bright that one has to shield their eyes from the glare. The film subjects are well chosen, as they come from diverse backgrounds, and are beautiful and eloquent; furthermore they have enough experience under their belts to speak confidently about their career paths, but are not so far along that they’ve lost the drive to achieve something even greater. However given that the subject matter is women in Hollywood, and that one of the women featured is a filmmaker, one cannot help but ask: why not hire a female filmmaker to tell this story?

The question is not meant to imply that a male filmmaker cannot tell the story adequately; however it seems important to ask this question because hiring a female filmmaker to create the campaign might have added an additional layer of authenticity. In any case, Carrozzini has produced a campaign that works well on multiple levels and there are so many good things to focus on, it doesn’t make sense to let this abstract ideological critique overshadow the quality of the work. Well-conceived and well-executed, the campaign serves as an important reminder that the fashion industry needs more stories of strong and powerful women (regardless of who is telling them).