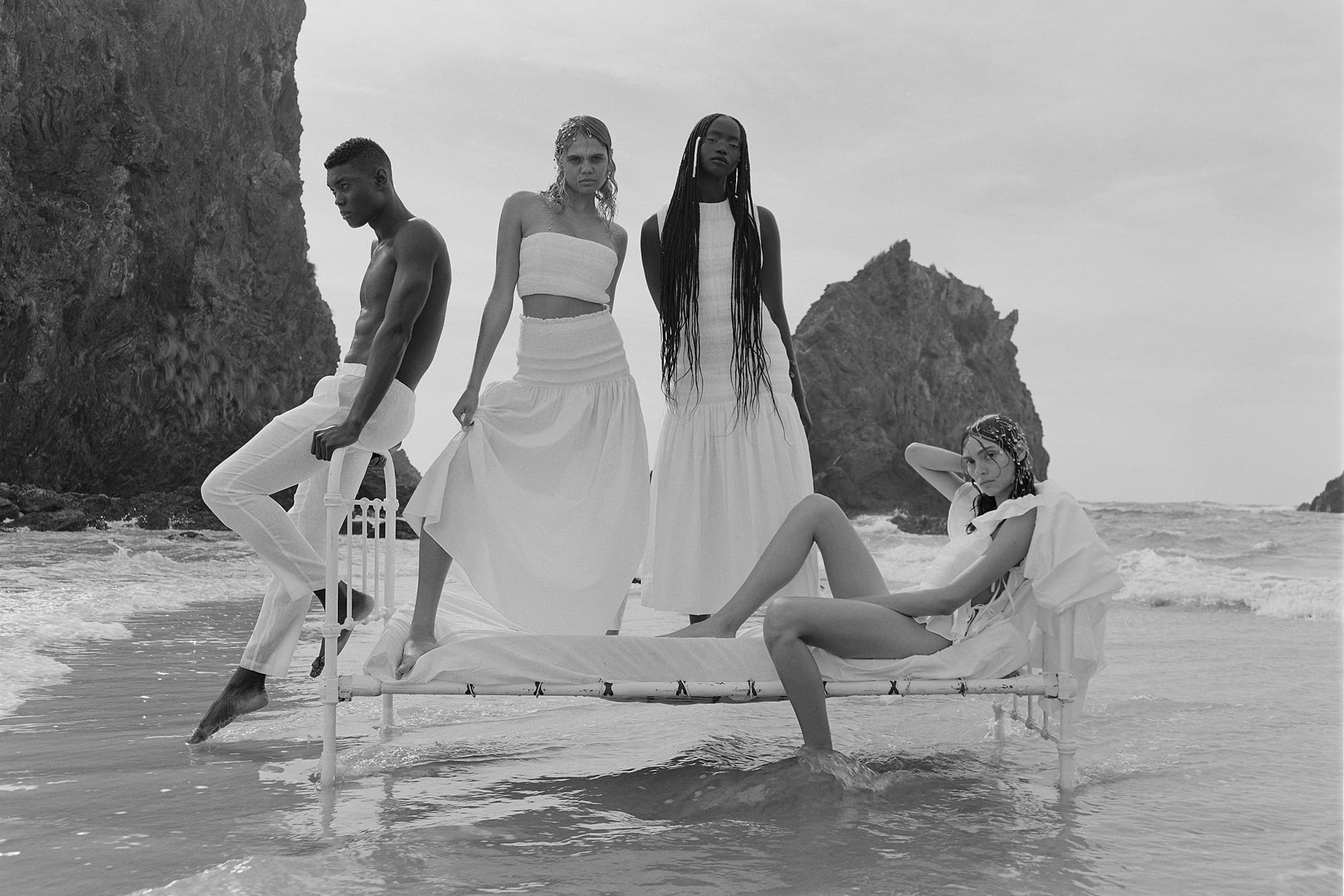 SIR. celebrates renewal and possibility with another beautiful vision of their poetic and feminine world. The Spring 2021 campaign features creative direction from Bruna Volpi, with photography by Jake Terrey and film direction by Ribal Hosn.

The campaign hits a lot of the same notes we’ve recently come to expect from the young Australian label: ethereal beauties exploring the desolate beauty of a rocky coastline, a poetic celebration of creativity and womanhood. But it introduces new elements and directions as well, both conceptually and aesthetically.

Each campaign from SIR. has formed an abstractly continuous storyline. The first was a creation story, retelling the genesis myth with an emphasis on the creative power of woman. From there, our heroines have stepped out into the world and forward into history, but things have always seemed rather utopian. Now, in the narrative of this new campaign, we can see a hint of conflict and modernity.

These new themes are represented visually through set pieces and styling. Domestic furniture such as chairs and a bed frame appear on the beach – perhaps washed up after a shipwreck – suggesting the presence of industrial civilization, and perhaps more metaphorically, the remnants of a personal journey or struggle.

The strangely beautiful hair accessory of safety pins has a similarly suggestive effect. There is an interesting aspect of the ritualistic or religious as well in the form of sibylline hats and flowing black robes.

With stunning cinematography and a unique narrative approach, the campaign is another strong journey into the world of SIR. While we wonder whether the consistency of the aesthetic won’t soon become tiresome, we suspect that they are two steps ahead, and have a lot more to show us. We can’t wait to see it.