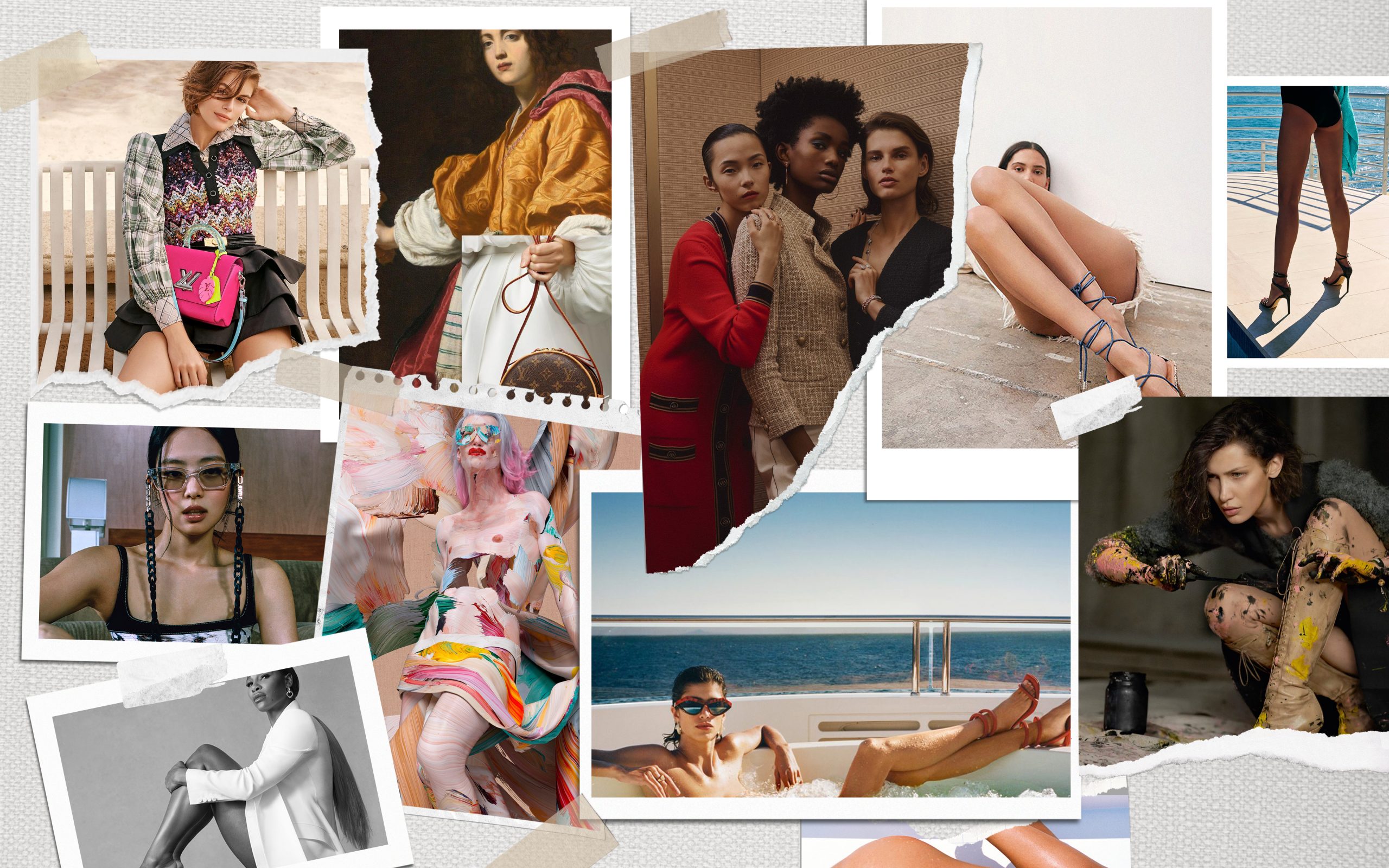 More often than not accessories are the major breadwinners yet far too often in fashion communication, from fashion shows to ads, ready-to-wear plays the hero while accessories are just that – an accessory.

And speaking of art, Nicolas Ghesquière at Louis Vuitton helped highlight the labels bread-and-butter juxtaposing modern handbags with classical art in a sophisticated and enriching campaign entitled Anachronism which tied into his Fall 2020 collection. Digital artist Matthew Stone lent his brushwork to Gentle Monster in a 3-D piece entitled My Mars which raised the bar for fashion digital arts.

Both Giuseppe Zanotti and Isabel Marant captured the beauty of simplicity in their less-is-more campaigns where legs lend the charge but art direction heightened the sophistication and sensuality.

Overall it was a strong season for accessories that perhaps tipped the scales to more balance. Here are Top 10 Fashion Accessories Ad Campaigns of Spring 2020 as selected by Chief Impressionist Kenneth Richard and the team at The Impression.

Chanel – Over The Moon