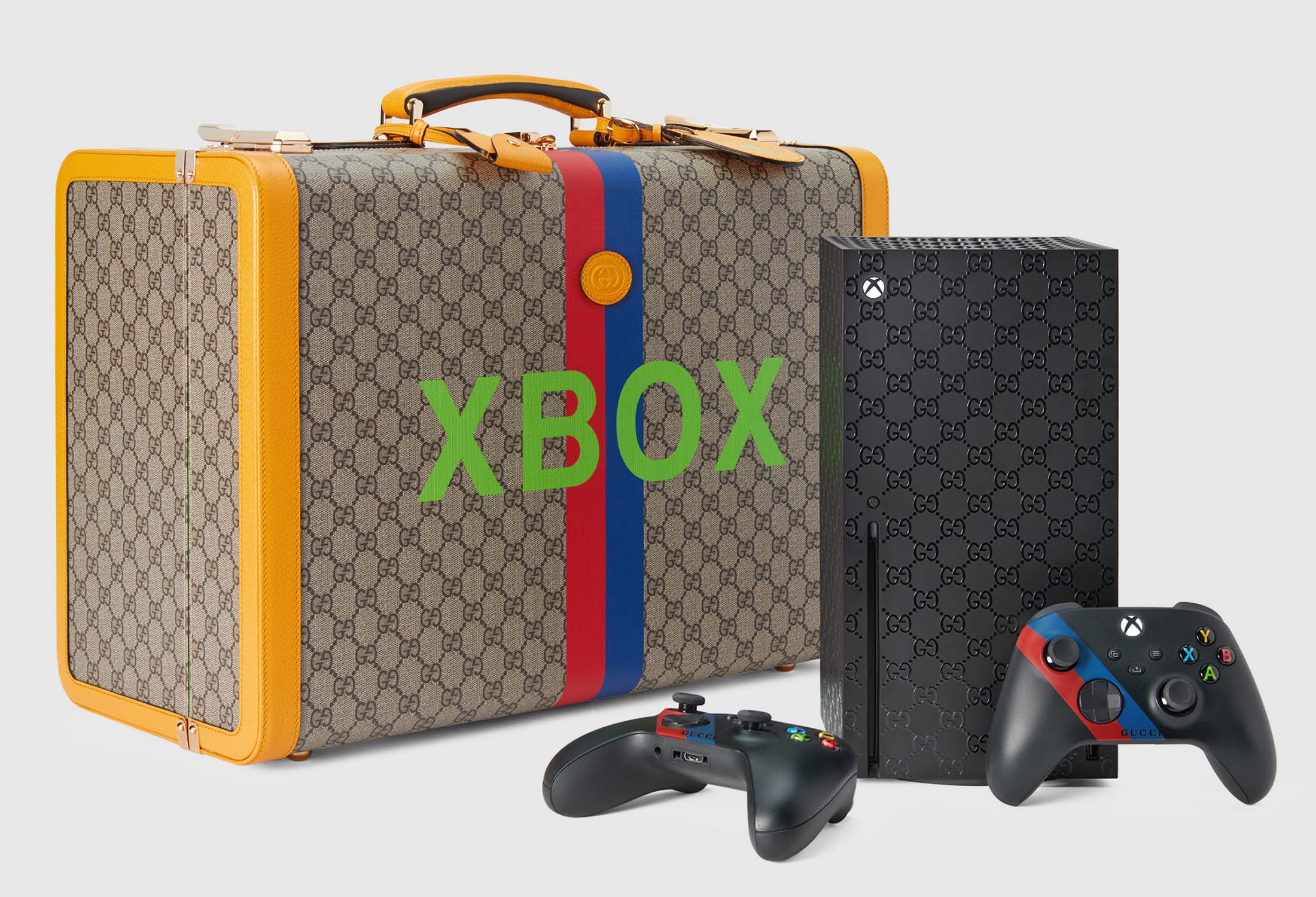 Gucci’s curious nature reflected the eternal vitality of times, marking the new while intercepting and traversing aesthetics. In the year of its centenary, the House manifests a deeper than ever connection between its language and the codes that shaped popular culture, embodying self-expression, and collective memories. For the occasion, Gucci joined forces with another brand at the forefront of its industry and blowing out on its candles: Xbox, now reaching its 20th birthday. The two companies come together to celebrate their respective anniversaries with a first-ever, limited-edition collaboration.

Under Creative Director Alessandro Michele’s imaginative and inclusive vision, Gucci saw a ready relationship with Xbox – a company on a mission to bring the joy and connection of gaming to the more than 3 billion players on the planet. The meeting of tech and tradition, of the tactile, poetic depth of Gucci’s design language and Xbox’s sleek, polished functionality is precisely the type of pairing that symbolizes the House’s quest to combine times and lexicons.

The result of this global collaboration is the unveiling of 100 numbered sets, each comprising a custom Xbox Series X console with a GG-pattern laser-engraved, two Xbox Wireless Controllers in Carbon Black featuring Gucci’s Web stripe in red and blue, complemented by a hard case inspired by Gucci’s archival luggage. The case is covered in the famous beige Gucci Supreme canvas, with gold catches and yellow leather trim. A red and blue Web stripe runs around it, while “XBOX” is written on the lid in the brand’s signature green, a familiar hue to Xbox players. The same colour covers the efficiently compartmentalised interior, which houses the console and controllers. On the bottom of the case sit the words “GOOD GAME” in yellow. The motto recalls the happy coincidence that GG stands not only as a famous motif in Gucci’s decorative vocabulary – deriving from the name of Guccio Gucci, who founded the House in 1921 in Florence – but also as the acronym of this formula, used sportingly during gaming. Attached to the handle is a yellow leather key holder and luggage tag, portraying both the companies’ logos.