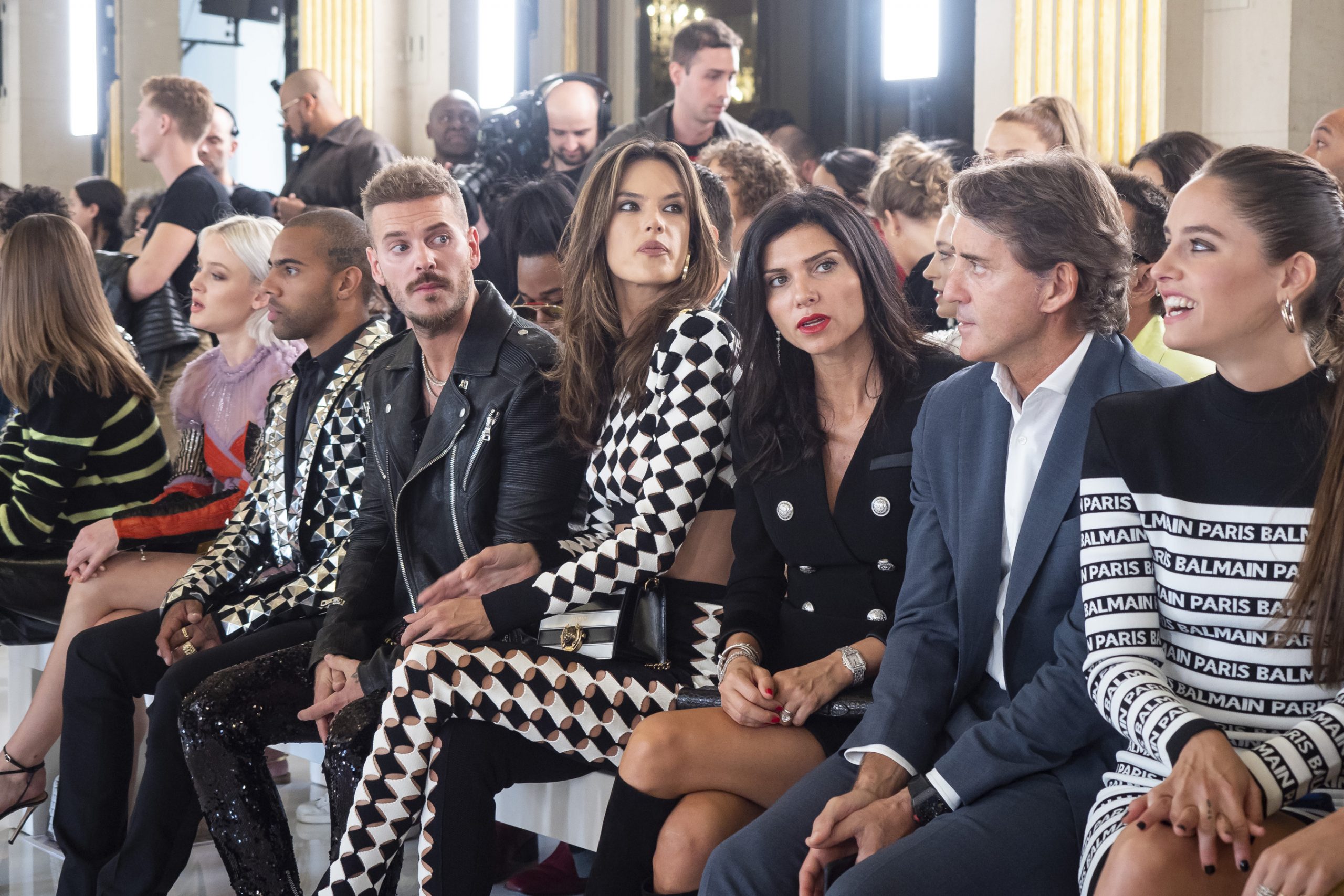 With on-going limits on social gatherings due to the fluctuating Covid-19 situation, it seemed only sensible that London Fashion Week should return this September with a series of physical events, featuring a strictly limited guest list, coupled with an expanded digital experience (all under the heading of ‘Re-Set’).

The physical events vary from timed appointments and exhibitions to limited-number catwalk and salon shows. That’s the way it should be, right? It’s almost like in the good old days: the VIPs get to turn up in person and air kiss to their heart’s delight, while the vloggers and B-listers content themselves with logging in to watch the shows online.

If you’re looking for a model of how to manage social distanced fashion shows, one only needs to look to the classic era of Parisian haute couture – when invitees would gather in grand venues, sat individually or around Rive Gauche-style café tables (no more than six at a time, darling), as the models sashayed between them. It’s a chic approach that never dates (look at Chanel’s 2019/20 Cruise show, or Louis Vuitton’s SS 2019 Men’s show – both at the Grand Palais) – and for the lucky few, it is both a privilege and a validation. The perennial power play between the front-row elite and the plebs becomes even starker. You’re either there or you’re not: it’s the difference between turning left for first-class on a plane – or stepping onto a private jet and sitting wherever you like.

For the in-crowd, of course, this is no problem. But what about the rest?

Fashion has always had a generous portion of elitism about it – but in many respects, it’s the tension between the haves and have-nots that creates the atmosphere. What’s the point of having a front-row without them being able to turn the heads of those in the cheap seats behind them?

This is all part of the theatre of catwalk – and precisely what bloggers, influencers, and Instagrammers feed off. Like the proverbial tree falling in an empty forest – if there’s no-one to film you sat in the front row, was there really a front row in the first place?

As noble and innovative some of the better digital presentations have been thus far in the ‘new normal’ – they are missing that frisson of excitement, the buzz of a room slowly filling with people, the sense of occasion and privilege… yes, even the haughtiness and bitchiness. Incidentally, on that note, whilst deputy editor on a high-profile lifestyle magazine in the early 2000s, I once found myself sat in the front row by default at a graduate show – strictly speaking I wasn’t on the fashion desk, but I was senior enough to merit the placing. Turning up unfashionably early, I hung around in the shadows with a photographer friend in time to spot a contributing fashion editor (one who freelanced for my own title, no less) pick the card bearing my name off the designated chair, drop it onto the row behind and take his place in my seat. I appreciate this is hardly an unfamiliar experience to most of you who attend fashion shows. But the sheer chutzpah still took me aback. When the lights dimmed, I walked over and told him he was in my seat. Fantastically, rather than adopting one of the two options I’d prepared myself for – denial or apology – he instead stared fixedly into the middle distance, refusing to even accept my presence, and then turned to talk to his (ie my) neighbour. Since – as we’ve already established – this was someone who I not only vaguely knew but who was technically employed and commissioned by me, blanking me seemed a very odd strategy. Eventually, as PR who’d invited me sidled into view and started trying to defuse the situation, I just laughed and said I’d rather sit with my photographer friend anyway.

This isn’t much of an anecdote, granted. But I was reminded of it while thinking about the ‘new normal’ that we face as the fashion weeks return to European countries experiencing a second wave of Covid infections. Back then, my reaction was one of miscomprehension (imagine actually caring so much about a seat!). For me, it was just an example of the meaningless class war between the FROW and the plebs. But, with the perspective of experience (and having admittedly moved further into the world of fashion), I’ve become more understanding over the years. I get why people want to blag their way into prime positions – and how precarious and dog-eat-dog the freelance life can be.

Perhaps fashion needs more elitism in these strange new times. But I can’t help thinking that an unintended consequence of the need to distinguish between VIPs and the great unwashed in the new, socially-distanced world of fashion weeks is going to result in some uncomfortable truths.

Fashion needs a community, and it’s the masses who create the atmosphere. Get rid of them and what are you left with?

A class divide, led by a minority of self-regarding solipsists who will refuse to look you in the eye while sitting in your seat.

This might all seem a little over the top in response to those people just trying to make fashion weeks viable, but, as ever, it pays to look at other industries to see how they are navigating the current situation. Let me introduce you to an English band called Idles, who combine the raw energy of punk with the righteous indignation of 2020’s post-woke generation. They are one of the most thrilling live bands I’ve seen in decades. So what did they do in the lockdown? They streamed a new concert film ‘as live’ to their fans via YouTube, encouraging them to comment as the show went along, with all of the band joining in on the discussion. The show in question was recorded at the Bataclan in Paris, scene of the 2015 terrorist attack by ISIL, just to add to the emotive impact. The result was a visceral, primal scream of an event. Personally, it left me emotionally drained and close to tears – all whilst staring at a laptop screen.

What’s the lesson in this?

Atmosphere and passion and shared experiences are still possible in the age of Zoom. Perhaps the answer is the flipside of the class war of haute couture and all the seat-stealing that entails.

If we’re going to get through this, we need to understand we’re all in this together: address the elephant in the room and encourage a bit of collective expression. We could go back to the future with demure salon shows – or we could engage in a little scream therapy…