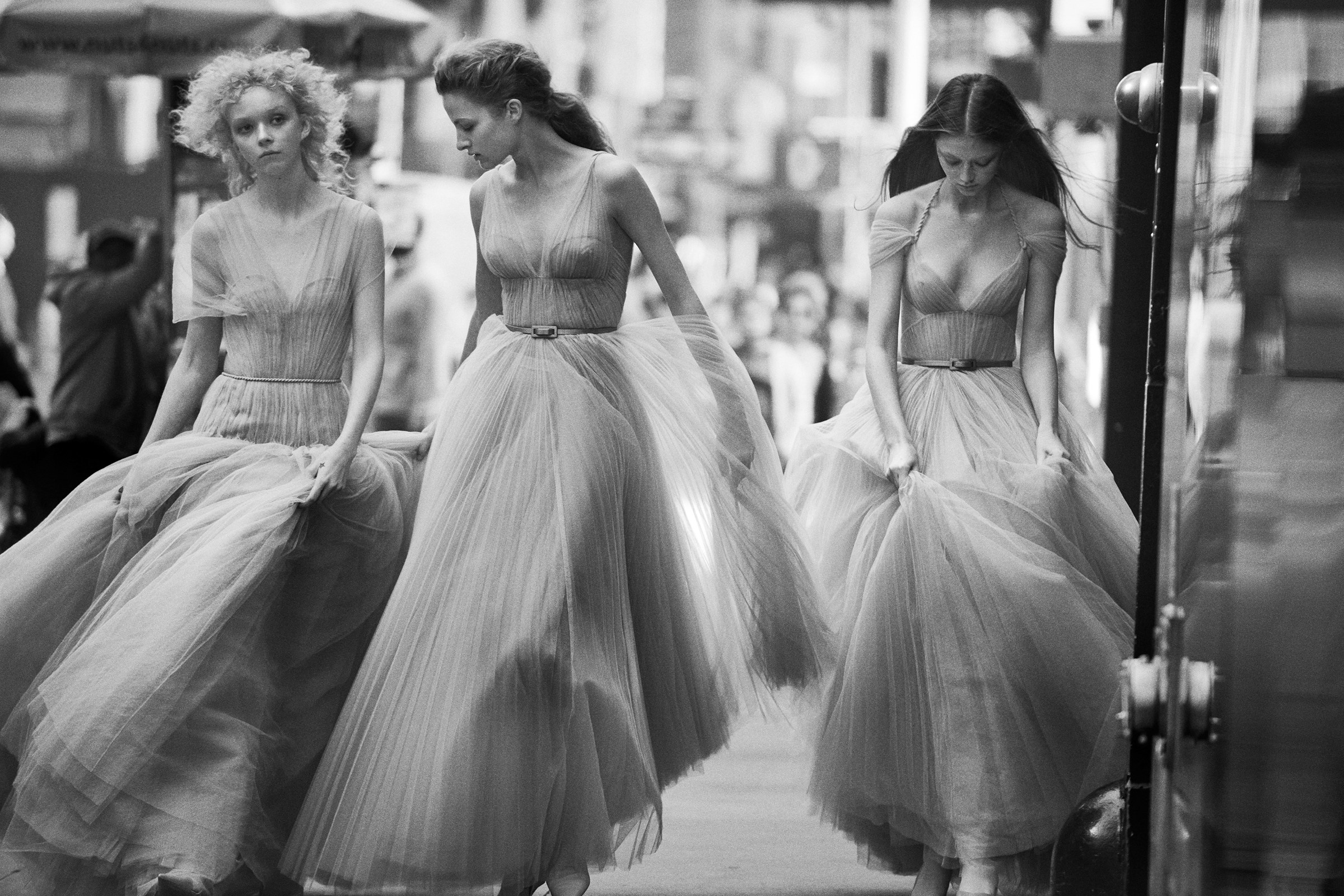 Peter Lindbergh photographed Dior’s most beautiful muses, Marion Cotillard and Charlize Theron among them, and signed campaigns for the Lady Dior and J’Adore with his inimitable style. Throughout his career, the photographer, who passed away in September 2019, was one of the Dior’s closest collaborators. In his final outing for the house Lindbergh captured haute couture looks from the Parisian house’s archive shot on the bustling streets of New York for two-volume tome bearing two names, Dior/Lindbergh.

A world away from 30 Avenue Montaigne, Dior’s ground central, seventy years of Dior history, was captured in Times Square by the German photographer. Comprising over 80 archive looks on models including Karen Elson, Saskia de Brauw, Carolyn Murphy, Amber Valletta, and Sasha Pivovarova. Making an impression in this extraordinary photo shoot, Alek Wek twirls in a 1947 Barsuit, a neo femme-fleurgracefully illuminating the streets of New York. Classic “Lindbergh beauties” crisscross through the bustling streets, slicing through a crowd of onlookers dressed in iconic silhouettes. “Wake up, now you go for a hell of a day and let’s see what happens”, the photographer said with his signature wit.

The work is presented in a precious case, in two volumes: one dedicated to the Dior archives, the other to the legacy of Peter Lindbergh. The first covers 70 years of history and the House’s creations “captured”by the photographer during the shoot that took place in New York in October 2018, while the second gathers more than 100 images by Peter Lindbergh celebrating Dior elegance – spanning haute couture and ready-to-wear, men’s and women’s – published over the last 30 years magazines including Vogue Paris, Vogue Italia, Harper’s Bazaar and Vanity Fair.