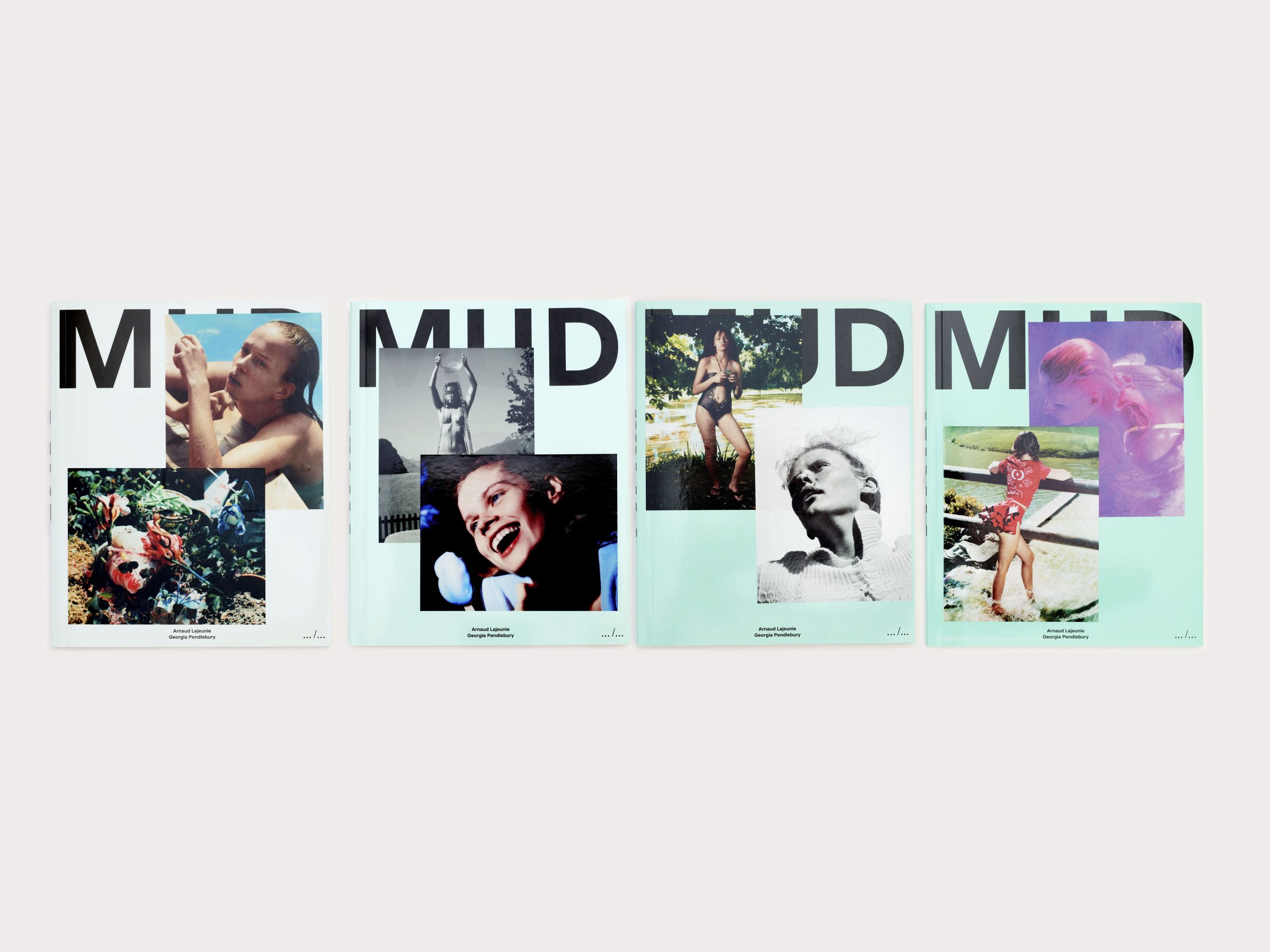 On July 19th MUD Magazine launched its first volumes of work. The project is an ongoning collaboration between Arnaud Lajeunie and Georgia Pendlebury and published by Art Paper Editions. The first four volumes embody five years of work focused on exploring and studying women’s behavior and observing their developing relationships within an artificially created situation. In all, the project totals four hundred pages, eight stickers, sixteen prints, and five years of summer photographs.

Where did the team get the name MUD: “There is always a very elemental dimension in this project. Mostly around ground (soil) and water — there is always a liquid element, in every chapter, and always working in contrast / contact with a earthen one — this contrast create something sticky and warm, and a bit muddy. It goes everywhere and stick to you. The first chapter was shot in Burgundy, and it was a rather muddy environment, and this, this very elemental feeling, added to physical presence of the girls, created the title.

Also, the mud, as an element, has certain elasticity that echoes well our process in this project, always balancing between very well planned situation and absolute improvisation. “

Why was it important to illustrate etc: “For us it made a lot of sense to extract ourselves from the constrained time and space related to our practice in fashion. When this project started five years ago it was a genuine impulse to work together on a sort of huis-clos with young women that inspired us, and do do so in a longer time span than on classic magazine editorial for example.

We prevented ourselves to interfere too much in order to let the synergy between the girls becoming the subject of the work, not our pre-conceived vision of it.

By recording bits and bits of this week long interactions, and then by editing all these in the form of a book, we ask of the reader to re-create a frame of what could be seen as a series of discontinuous events. As said, this project is a constant tension between staged and spontaneous, it generates individuals images, but all of these needed to fit inside a bigger, larger, group of pictures, it was essential to us, and that is how, throughout the years we built up MUD as a long run project (which still continue to this day) — the four chapters now published echo to each other, despite the variety of subjects and locations, they all belong to a larger ensemble.

Exploring this fine line between reportage and carefully staged situation felt relevant to us. And the response to the project, for the past years, from the audience but also with the girls whom we worked with, might prove that there is something worth exploring in it.”